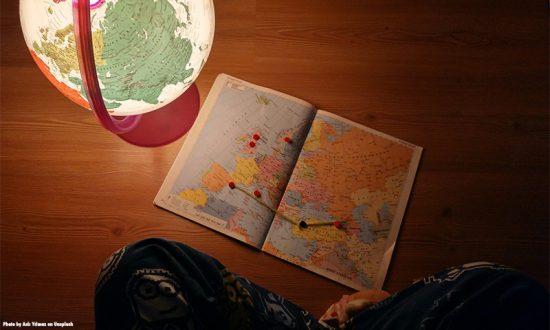 The world is more closely interconnected than ever before. Digitisation and globalisation have broken down national barriers, and individuals from different countries and backgrounds have an unprecedented opportunity to communicate with one another. But while certain obstacles may have fallen, others remain.

Foremost among them are cultural boundaries. Culture is a tricky concept to master. It encompasses many different aspects, from language and values to social norms and behaviours. Thankfully, a new generation of apps and products have arisen to help people bridge this divide. Going beyond the traditional offerings, these services combine an educational experience with a cultural grounding. They give users an opportunity to immerse themselves in a foreign culture, and in so doing help merge borders digitally.

These are top four EdTech apps leading the charge for a world without boundaries:

Cambly is the world’s leading app for on-demand access to English tutors over video chat. Cambly focuses exclusively on the English language and gives its users the opportunity to practise their skills by interacting directly with native language tutors through a conversational video chat. These one-on-one tutoring sessions can be started at any time through a user’s smart device, with tutors aiding in the creation of a study plan customised to each individual’s needs.

Although focused on improving its users English, what sets Cambly apart is the level of freedom and control it offers. Learners can pick and choose their choice of conversational topics, allowing them to practise their English while discussing subjects that genuinely interest them. Ranging from sports to literature and anything beyond, this method results in a genuine cultural exchange between two individuals eager to learn about their counterpart’s life, interests, and hobbies. In the same light, Cambly also hires tutors based on their professional experience. For example, it has lawyers, doctors and software engineers as teachers. This is because it has a significant number of professionals as subscribers who wish to migrate to other countries and prefer talking to people of similar professions while working on English. As a result, genuine bonds of friendship develop between tutors and their students.

Cambly was founded in 2012 by Kevin Law and Sameer Shariff, two former employees of Google who realised the vital role conversations with native speakers play in learning a new language. The app’s user base currently spans over 130 countries.

Smartify is an app-based platform that compiles and collates the world’s leading art and cultural institutions. These partnerships allow Smartify to offer its users video and audio tours of key collections and exhibits and serve as a distance-learning tool for individuals seeking to know more about a nation’s artistic and cultural heritage. Another key feature offered by the app is the ability to identify paintings and works of arts through a simple scan – once identified, Smarify provides a concise summary of the artwork’s history, as well as of the artist responsible for its creation. This is possible due to a curated database of over two million artworks created by the platform.

Released in 2017, Smartify also provides information on upcoming exhibits and shows at its partner venues. Through the incorporation of Virtual Reality (VR) software, Smartify also lets users project and view famous artworks from the comfort of their own homes.

Google’s Arts & Culture app is the ideal option for users interested in learning about new cultures and countries through their artworks and architecture. Through a collaboration with over 2,500 museums and galleries from around the world, the app allows you to explore their galleries and collections through virtual tours. In order to allow for a truly immersive experience, Google has harnessed technologies such as Artificial Intelligence (AI) and Augmented Reality (AR) to transmit these masterpieces of world heritage directly to your homes. Among some of the iconic museums and galleries that have opened their doors to this venture are New York’s Guggenheim Museum, the British Museum in London, the Louvre in Paris, and the Van Gogh Museum in Amsterdam.

In addition to this feature, the app also allows users to get an even closer glimpse of the world’s most famous pieces of art through its ‘Art Projector’ feature. Using the camera of a smart device, individuals can project a high-resolution image of a chosen piece of art directly into their homes, in order to better appreciate every feature and detail.

For parents eager to introduce their children to different cultures and lifestyles at an early age, One Globe Kids is the ideal solution. The app achieves this through photo and audio-based “a day in my life” stories told by children from various countries across the world. In order to capture these stories and present the accompanying audiovisual content in an appealing and child-friendly format, the One Globe Kids team travels the world visiting real children and their families, and spend several days recording each of their stories. Children are given a chance to hear each storyteller’s language, choose a story about a topic that interests them, and learn a wide range of facts on each country visited.

By putting a friendly face to an educational experience about new cultures, the app helps children draw connections between their lives and those of other children living across the world from them. This experience is combined with both online and offline learning activities and ultimately helps raise a generation of open-minded, global citizens.

What is Forex, and how do CFDs relate to it?
Four Things Women Should Know to Become A Successful Investor
Women in Healthcare
Platforms building best ecosystem for used-car market
Qatar Airways to Give Away 100,000 Complimentary Tickets to Frontline Healthcare Professionals
Digital Lenders Association Issues Stricter Code of Conduct to Safeguard End Customers
CONTACT US