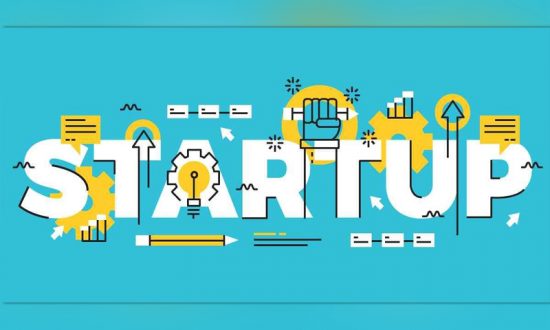 Entrepreneurship symbolizes so many dreams and aspirations, so many stories of success and struggle, ups and downs but at last a story that every entrepreneur would want to share. The penchant for risk and a sound business idea in hand, tier II cities are witnessing growth in entrepreneurs. Small town doesn’t mean limited business opportunity. From service and product-based companies to e-commerce stores, gone are the days when people had to move to a big city to start a new venture. Tier II cities are becoming the hub of young and genius minds

In 2021, Jaipur raised more than $16 million across eleven deals so far, which mostly included seed rounds. In 2015, $9 billion was invested in over 1,005 deals in India, according to YourStory research. Among these major deals, two were bagged by Jaipur-based Cardekho and Netmeds, which secured $50 million each. Being home to over 750 startups, multiple accelerators as well as incubator groups, the state government is leaving no stone unturned to pave the way for a robust startup infrastructure to nurture innovation and foster the spirit of entrepreneurship in the state. Tier II cities are also showcasing a plethora of innovation, skills and evolving as an early stage hub, despite facing quite a few additional roadblocks. Here’s a list of entrepreneurs who started from a small city and built multi-crore businesses.

Mr. Amit Jain, CEO and Co-founder, CarDekho is a IIT Delhi graduate hailing from Jaipur, Rajasthan. CarDekho.com is India’s leading car search venture that helps users buy cars that are right for them. Its website and app carry rich automotive content such as expert reviews, detailed specs and prices, comparisons as well as videos and pictures of all car brands and models available in India. He is on the mission to build a $10bn organization, impacting the Automotive sector in India and empowering our users to make the right decision by enabling them with cutting edge technology, correct information, and using AI to help them choose the vehicle of their choice. They have also ventured into creating India’s most trusted place for buying and selling used cars. With over 0.7 bn sessions last year, enabling sales of over 100k cars and selling over 160k bikes

Aayu is a healthtech platform which provides teleconsultation services and allows its users to order medicines from nearby medical stores and get them delivered at their doorstep in the quickest time i.e. 2 hours. Also, it lets users store their important medical records like prescriptions and reports, and eliminates the hassle of maintaining easy-to-lose hard copies. One can order medicine by uploading a prescription or by searching the names of the medicines on the app. Aayu app is connected to a hyper-local network of more than 25,000 medical stores across India in states including Rajasthan, Madhya Pradesh, Uttar Pradesh, Bihar, Delhi, Gujarat, Maharashtra, Jharkhand, Punjab, Haryana, Chattisgarh, West Bengal, Assam, Karnataka, Kerala, and Telangana. It gives the users an option to select the nearest and trustworthy medical store from the list available on the app.
Mr. Karmesh Gupta, CEO and Co-founder, Wijungle. Mr. Karmesh started his professional journey with Rajasthan Royals at an age of 18 while he was in Second Semester of graduation and then went on establishing milestones with each passing day. Hailing from a lower middle class family in Alwar Rajasthan, he co-founded HttpCart Technologies (legal entity behind WiJungle) in October 2014 while he was in his fifth semester. In April 2015, HttpCart became the first-ever Indian private company to launch Completely Free WiFi – “WiJungle”. Forbes selected Karmesh Gupta in the 30 Under 30 Asia 2020 List. WiJungle is a Unified Network Security Platform that enables organizations to manage and secure their entire network through a single window. The AI & ML based comprehensive product offers the security stack of multiple stand-alone solutions like Network Firewall, WAF, SD-WAN, Hotspot Gateway, End Point Defence, etc. in synchronized manner and thus not only cut the cost of investment by upto 60% but also simplify management as well as scalability challenges.

Vineet Rao, Founder and CEO, DealShare is from Jaipur, Rajasthan.The Jaipur based startup aims to use the capital raised for geographical expansion, improving user experience and expanding its warehouse network. Started by  Vineet Rao, Sourjyendu Medda, Sankar Bora and Rajat Shikhar, DealShare was started in September 2018 in Jaipur, Rajasthan. The startup, which follows a social commerce model, mostly targets non-metro and middle-income customers in India with mass-market products. DealShare has also incorporated regional languages to draw non-metro users. Since 2018, the Jaipur-based hyperlocal ecommerce company has grown leaps and bounds. In April, it raised  Rs 70 crore from venture debt firm Alteria Capital. The startup is focussed on the mid-income demographic of 500 million new Internet users and has raised total capital of $34 million.