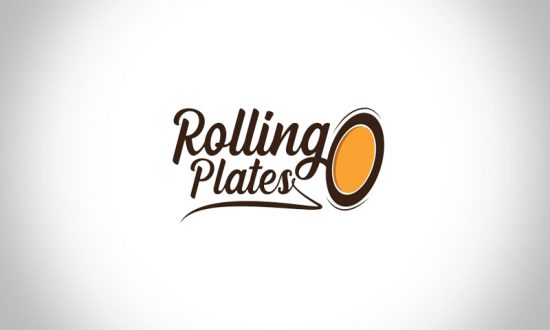 With this Pre-seed fundraise, the initial plan of Rolling Plates is to expand in the tier two cities  with its ‘Delivery-Only’ business model. It will mainly concentrate in western India before  venturing into the other territories.

In the next phase after strengthening the foothold in India, Rolling Plates plans to venture into  The United States as its first global market. Rolling Plates is also in talks for a JV with a Tanzania  based food delivery and logistics startup to expand in the African Market. Apart from its  flagship brand ‘Ahmedabadi Biryani’ that offers authentic local taste of biryani, the startup also  operates two other virtual restaurant brands – The Mughal Treat (A main course Indian,  Mughlai & BBQ delivery brand) and Brunch’O’ (Snacks & Breakfast delivery brand).

“Being a food-tech startup our priority is to build a strong and sound technology that can  enhance our online ordering experience and logistics capabilities. Going forward we would  create a robust data analytics framework that can improve the way we work and the kind of  food that we serve to our customers,” says Shihab Sheikh, Co-founder, Rolling Plates.

“The startup not only has the potential to grow in India and but also has the potential to make  its mark overseas due to the unique taste of ‘Ahmedabad Biryani’. It has high potential to grow  in The United States, where there is a large chunk of Indian and Asian diaspora,” said Sadaf Mansuri Founder of EXL Investment LLC. A native from Ahmedabad, Sadaf Mansuri, has  successfully built and natured his technology company in the US for the last 15 years. His  venture investment firm EXL Investment LLC. has invested in the real estate space and recently  started diversifying its portfolio, by investing in multiple startups.

Founded in 2018, by husband-wife duo, Shihab Sheikh and Falaknaz Sheikh consciously chose to  curate the authentic traditional ‘Ahmedabadi Biryani’ recipe with the sole purpose to propagate  the unique taste of local sumptuous biryani found only within the walled city of Ahmedabad,  still prepared by the Mughal era’s old-fashioned traditional cooks called ‘Bhatiyaras (cooks)’.

Both Shihab and Falaknaz stalwartly believed in the idea of building a biryani brand that  represents the true essence of the Ahmedabad city and introduces Ahmedabad’s local  authentic biryani to the entire gamut of ‘Biryani Fans’ across India.

“Ahmedabadi Biryani has the potential to become a bigger brand than the overrated  Hyderabadi and other variants of Biryani, in India and overseas” believes Shihab Sheikh. So it  was decided to deploy a high scale business model, which would be asset-light and avoid conventional restaurant’s overheads.

After multiple deliberation and in-depth research, the duo decided to start with cloud kitchen  (also called a ghost, virtual or dark kitchens), where the focus is on ‘delivery-only via virtual  restaurant business model; leveraging the available technologies that facilitate online food  ordering.

In 2018, ‘Ahmedabadi Biryani’ was launched as a delivery-only brand from a single cloud  kitchen in Ahmedabad. The overwhelming market response led to more than 300 deliveries a  day mark within three months of its launch and that too with just two biryani variants. The  success led to further scaling up its presence in Ahmedabad city before the pandemic struck  and they decided to scale down the operations.

Speaking on the development, Imran Mirza, Head of Marketing – Rolling Plates said that this  deal would enable us to allocate funds on the strategic expansion of the startup as well as to  drive consumer centric brand communication campaigns more effectively.

Biryani is the highest ordered dish online in India according to official data released by the food tech aggregators such as Zomato and Swiggy. The organized sector of the Biryani is said to be  around worth Rs 2500 Crore (around USD 350 Million).

The Indian online food delivery market reached a value of USD 3.6 Billion in 2019. A report by  Google and Boston Consulting Group (BCG) revealed that it will reach USD 8 Billion by 2022  growing at a CAGR of 25-30%.

Even during the pandemic, the Biryani continued to dominate the food delivery segment and  remained the highest ordered dish online in India. “Our brand ‘Ahmedabadi Biryani’ is one of the fastest-growing brands in the segment and it will emerge as the top three brands in India in the coming 2 to 3 years” says Shihab Sheikh, Co-founder, Rolling Plates.