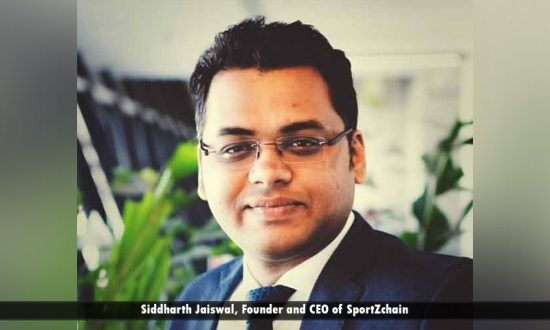 This will be the first time a Kabaddi team will be offering fans rare and exclusive phygital collectibles in a combination of digital collectibles. Fans and collectors alike will receive several perks post availing these NFTs. In addition, they will also receive premium fan privileges from Tamil Thalaivas and Sportzchain. This includes match day tickets, lucky draws, and many other exciting rewards.

Speaking on this new development, Vinayak Yannam, Co-founder and CBO, Sportzchain said, “As one of India’s most-promising blockchain-based fan-engagement platforms, we are keen to develop the sports NFT market in India. We are extremely thrilled to be the first in the ecosystem to launch the phygital collectibles of a Kabaddi team. Previously, fans had no medium to buy such memorabilia, especially one that honors a team’s achievements. However, we at Sportzchain are changing that forever through the launch of exclusive phygital collectibles.”

Joby Joseph, CRO of Tamil Thalivas, said, “We are truly proud to be one of the first kabaddi teams to launch team NFTs. The exciting bit is, in partnering with Sportzchain, fans will be able to engage directly with the team and own a part of Tamil Thalaivas history. There are so many exciting concepts in store for them, and we are thrilled to be a part of this fan engagement revolution.”

NFTs are developing as a revolutionary phenomenon and a prime attraction for collectors and digital art enthusiasts. Worldwide many sports teams, players, and celebrities from different fields are pouring in to become a part of this groundbreaking industry. Apart from Tamil Thalaivas, Sportzchain has collaborated with several other top-tier Pro Kabaddi teams, including Season 8 Pro Kabaddi League champions Dabang Delhi, Gujarat Giants, and Bengal Warriors.

R for Rabbit Expands Its Product Portfolio into Nursery and Bathing Category
Petpooja Launches Tvito, a Restaurant Marketing Tool to Empower Restaurants in Engaging with their Audience through Digital Marketing
Schneider Electric Unveils Innovations to Welcome the New World of Energy at Intelect – Distribuelec 2022
It’s a Vibe as Crocs and Chumbak Come Together for their First Ever Partnership!
Demand for Legal GRC Paves Way for Exterro’s Global Expansion
TallyPrime Edit Log to assist companies under MCA to comply with Audit Trail mandate
CONTACT US