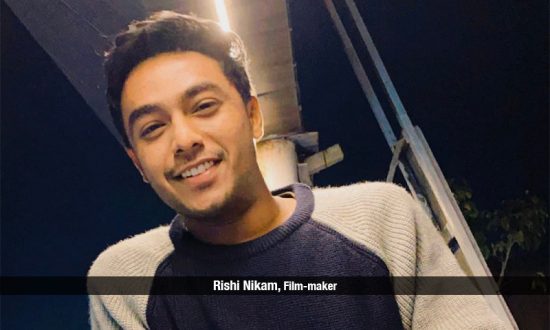 Every Filmmaker knows the gravity of collaborating with brands. But with every passing year, as social media spreads its roots, it is becoming harder for female filmmakers to stand out.

Indian filmmaker Rishi Nikam has always guided his followers through the right path in film industry with the kalakari film festival. Considering the importance of Females in film industry, once again, passes on very beneficial messages for influencers.

He feels that during the pandemic, Instagram was the one medium that saved a lot of things. “The internet made it easier for people like me to survive the cold pandemic. Apart from filmmaking, I know people who are script writers and producers etc. During the pandemic many of us turned to online teachers as well, which really helped us in many ways. Not only did we get to teach people but we found new talent as well. I had learned so much when I worked with Rani Mukherjee in Helicopter Eela, so I could share about that as well,” he says.

Rishi Nikam is a young short film director and artist with talent from the city of Indore. he is making waves in the field with his short film animation Sketchbook, which has been selected not only to premiere in Desired Film Festival Awards Prague but has also received recognition for which the representative of film festival.