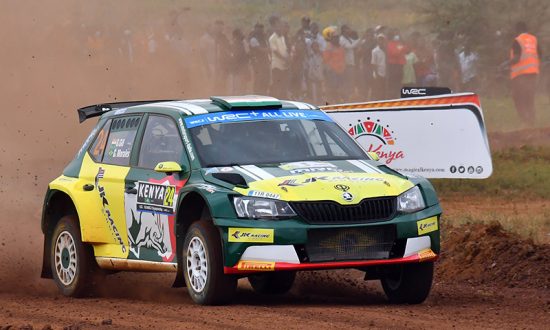 World Rally Championship (WRC) Safari Rally Kenya, one of the most challenging rallies in the world has kick-started with the legends of WRC fighting it out for the top titles. Representing India in the grid is Arjuna Awardee Gaurav Gill who is making his powerful comeback in the World Rally Championship after a hiatus of two years since Rally Turkey & Australia 2019. Gill returns to WRC 2 driving a Skoda Fabid Rally2 car for the first time with Brazilian co-driver Gabriel.

Gill kicked-off his Safari Rally camping with style by clocking the fastest time in the Shakedown that is basically part of official itinerary for setting up the pace for the rally in the WRC 2 grid which comprises of eight world class drivers.

Considered as one of the most dreaded events of the season, Gill showcased his driving prowess and control on the machine in SS1- Super Special Kasarani by clocking the fastest timings of 3:32.9 in WRC2 grid, just 14.1 seconds off the leader Ogier driving a works Toyota in WRC1.

Speaking on his performance, Gaurav Gill said “We had a good start in the Shakedown for our team which helped us today to mark another fastest completion. We are working on improving our on-ground strategies to claim good results in the remaining stages.  It’s a long and challenging rally. We’ll put our best of efforts to better our performance and hope to finish at the podium.”

The rally covering a distance of 1223.77kms with 363.44 kms of 19 grueling special stages started from Central Nairobi on Thursday. On Friday, the rally will span across the north & south side of Lake Naivasha today and the stages include Loldia (19.17km) and Geothermal (11.68km) – a brand-new stage which climbs over craggy rock-lined hills – as well as Kedong (31.25km), which is the longest stage of the rally.