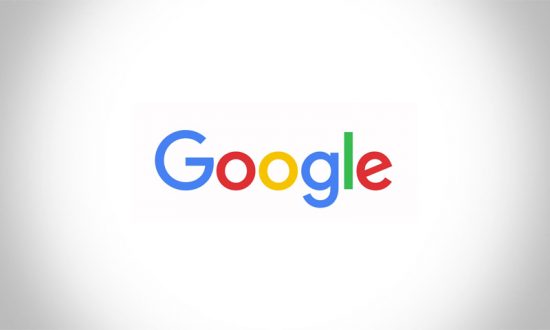 Underlining the wider impact of the post COVID-19 acceleration in digital adoption in the country, Google today announced that it has stepped up its commitment to online safety in India with a slew of new programs and initiatives. Announced at the virtual Google for India event today, these investments include expanding resources in its Trust & Safety teams in India, the launch of a newly enhanced Google Safety Centre in 8 Indic languages, and user education programs focused on online safety for kids and families. In addition to launching the global ‘Be Internet Awesome’ program for kids in India, Google will also partner with Indian comic book publisher Amar Chitra Katha to interweave critical internet safety lessons through popular comic book characters across eight Indian languages.

Google has significantly increased its resources dedicated to India’s Trust & Safety teams, including product policy analysts, security specialists, and user trust experts that support more than 10 vernacular Indian languages, enabling our central teams to benefit from the local nuance and inputs. This will help Google India continue its campaign against existing and emerging abuse areas, such as misinformation, fraud, threats to child safety, violent extremism, phishing attacks, and malware. This will also further strengthen Google’s global Trust & Safety operations of over 20,000 people spread across the world who are dedicated to identifying, fighting, and preventing online harms.

The launch of the newly expanded Safety Centre in Hindi, Marathi, Malayalam, Kannada and Telugu, and in Bengali, Tamil, and Gujarati by year-end, will serve as a single destination dedicated to educating and empowering Google’s users on the importance of digital safety covering important topics like data security, privacy controls, and online protections.

Delivering the keynote at the event, the father of the internet, Vint Cerf, Vice President and Chief Internet Evangelist, Google, said, “The internet we experience today has exceeded all my initial estimations. With lower barriers to internet access, users across the world have benefited, but bad actors have also gained entry. With the increasing user adoption and the contribution of digital connectivity in India’s economy, we cannot take the internet for granted. Since the pandemic broke, there is a heightened need to strengthen safety and security, reliability and privacy, and the overall resilience of the internet and its applications. In addition to helping users build better digital skills, we need to develop tools to aid them in their quest for safety, so that companies, individuals, researchers, and governments can harness the internet for good, whilst protecting themselves from harm.”

Sanjay Gupta, Country Manager and Vice President, Google India, said, “Over the past fifteen years, we at Google have had the privilege of playing a role in India’s digital transformation. As we continue to invest in making the internet helpful for over a billion Indians, we value the trust our users place in us more than anything else. We are committed to protect our users every day by using the world’s most advanced security infrastructure, treating their data with the utmost responsibility, and giving them complete control over their data.

We believe that building a safer internet for everyone is not one more thing to do, it is the one thing to do. Stepping up efforts to build a safer internet enables greater user confidence in digital and supports India’s unstoppable progress as a digital economy, and we are pleased to do our part in this critical area. ”

Kristie Canegallo, Vice President, Trust and Safety, Google, said, “With more and more users coming online, there’s no doubt that the internet plays a central role in supporting India’s ongoing national momentum. Therefore, it is critical that we do all we can to bolster user confidence in digital space. We’re conscious that this requires a comprehensive approach that combines our teams with technology, user education, clear and robust policies, and collaborating with key stakeholders. Given the exciting diversity of the Indian internet ecosystem, we are looking forward to working with partners to share the capabilities we have developed over the years and learn from others as well.”

These initiatives are supported by a series of new global policies announced by Google that include product changes to Google Accounts for people under 18 across YouTube, Search, Location History, Play and Google Workspace for Education, grant teens’ more control over their digital footprint, expand safeguards to prevent age-sensitive advertisement categories from being shown to teens, block advertisements targeting based on the age, gender or interests of people under 18, and features on YouTube that encourage digital well being targeted to empower both parents and children with making the right choice for their families.