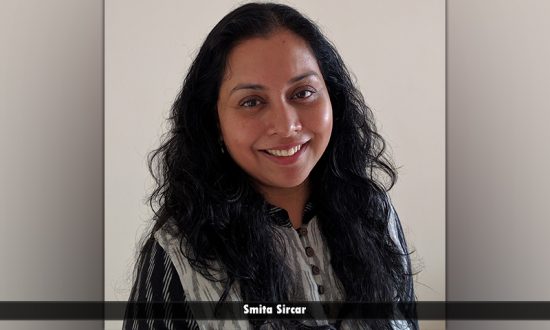 Gray Matters Capital (GMC), an impact investment firm founded in Atlanta that has invested $275m in microfinance and education ventures globally, has announced the appointment of Smita Sircar as its President & CEO under the mission of “Finding Purpose with 100 Million Women. Under her leadership GMC is moving headquarters from the US to NCR-Delhi to get closer to its customers in emerging markets.

Commenting on the appointment, Mr. Bob Pattillo, Atlanta native and GMC Founder said: “Smita is extraordinary. She has excelled at everything she sets her heart and mind to, including being a mother and a daughter. Her edLABS portfolio is soaring and her board leadership at WorldReader India is blowing the lid off reading for kids. It gives me great hope for the world that she is stepping up as my successor.”

Ms. Smita Sircar, newly appointed President & CEO, GMC, said: “I believe that women are powerful. Treat us as customers and we can create the world’s most innovative and accessible services for women in India and beyond. India can increase its GDP by 27% per year simply by investing in the “other half” of our people. Our job at GMC is to recruit, coach, or create ventures that believe serving low income women is good business.”

The executive was the first employee recruited to the India office of GMC in 2016 and the architect of mobile solutions and edLABS, an $8 million fund that provided very early stage funding to “visionary edu-preneurs” for the development of 21st Century skills.

“We are committed to support our amazing existing education portfolio and the customers they serve. And I am especially excited about our new PowerUp initiative that will give 10 million young women access to meaningful employment of their own choosing in the next 48 months,” Smita added.

The newly appointed President and CEO of GMC began her career in 2001 with one of India’s largest private sector banks, ICICI Bank and managed a savings product with deposits of 2bn pounds while based in London. The new leader of GMC also helped launch ICICI correspondent banking out of Hong Kong and was on the start-up team of impact consultancy Volans (UK), where she learned her ecosystem approach and the power of simple connections. At Standard Bank (South Africa), she cherished that as a team they built an inclusive banking vertical that brought mobile banking to the unbanked. Through her service on the India Board of WorldReader,150 million people now have free access to a huge Digital Library on their Jio Phones, the most affordable smart feature phones globally.

Smita Sircar has an Electrical Engineering degree and an MBA in Finance from SP Jain Institute of Management & Research and has also earned a Masters in International Organization from the University of Geneva. The vastly experienced leader has lived and worked in Africa, Asia, Europe, and the US with both for-profit and not for profit institutions.