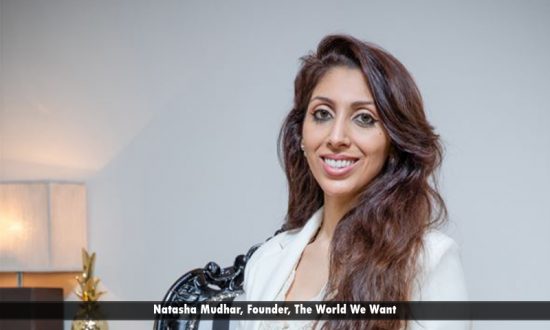 London based global social impact enterprise, The World We Want (WWW), founded by Natasha Mudhar, has announced the launch of ‘We For India: Saving Lives, Protecting Livelihoods’, a global digital broadcast expected to raise over INR 25 Crores for COVID-19 relief in India. The three-hour digital fundraiser will feature over 100 major stars and icons from the world of film, music, comedy and sports, streamed live on Facebook globally (www.facebook.com/Facebookindiapp) this Independence Day, Sunday, August 15, at 7.30 pm IST. The event will also provide an opportunity for viewers worldwide to also donate in real-time to aid post-Covid-19 pandemic missions and provide vital preventative measures against future waves.

For the event, WWW has partnered with Reliance Entertainment, the leading media and entertainment company. Funds will be generated and further allocated across post-Covid-19 relevant causes by GiveIndia, India’s most trusted online donation platform, to provide both humanitarian aid and strengthen healthcare infrastructure. Natasha Mudhar, Founder of WWW says, “Globally, the pandemic has had a profound impact with lives tragically lost and the economic impact felt by families and businesses around the globe. Though society has been battling the pandemic in different corners of the world, the aggressive nature of the second wave in India forced us all to stop in our tracks and realise the true devastation at hand as a result of the virus. The legacy impact of COVID-19 in India from a socio-economic perspective is unfolding in real-time, and without action this impact could well be prolonged for an entire generation.”

The celebrity guests (full list ATTACHED) will unite to express solidarity and support for saving lives and livelihoods in India after the devastation caused by the second wave of the pandemic. Indian and global stars like Ed Sheeran, AR Rahman, Farhan Akhtar, Arjun Kapoor, Farah Khan, Farhan Akhtar, Imtiaz Ali, Jaaved Jaaferi, Javed Akhtar, Kabir Khan, Kalki Koechlin, Karan Johar, Mick Jagger, Parineeti Chopra, Prabhudeva, Rahul Bose, Rajkumar Hirani, Rajkummar Rao, Saif Ali Khan and Sonu Sood among many others are mobilised for this fundraiser. We For India will feature engaging content, including video messages of support from A-List stars, stand-up comedy and musical performances, interactions with frontline heroes, immersive fitness challenges, hilarious games, and more, streamed to homes as the world joins hands in solidarity and unity with the people of India. “Millions of people have lost a family member, while millions more are experiencing severe economic strain either due to the costs of medical treatment or for having lost their livelihoods as a result of the lockdowns. We For India aims not only to spotlight the urgent and sustained action needed on ground, but also initiates the first line of support by rallying global attention and contributions towards the cause to inspire much needed action,” adds Mudhar.

Proceeds from the event will be utilised to provide critical facilities such as oxygen concentrators, cylinders, ventilators, and essential medicines as well as ICU units. Funds will also go towards supporting the staffing of vaccination centers, and mobilised to support long-term public recovery and rebuild livelihoods such as those thrust into poverty due to a decline in earnings and complete loss of income. Humanitarian efforts in the form of meal and ration kits will be provided to the rural and urban families hit financially by the pandemic. Cash relief will be provided to families who have lost an immediate member.

“Our aim here is not short term action – but to support the long-term recovery for those impacted by the pandemic. The funds we deploy will go a long way in positively changing the lives of families, and we hope our actions inspire a national outpouring of support that can sustain the recovery. We For India is testament to the fact that the global fraternity is with India, and that together we can defeat this pandemic. The pandemic is only over when it is defeated in all countries,” concludes Natasha.