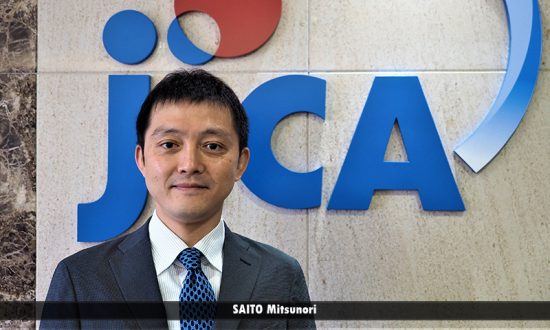 The Japan International Cooperation Agency (JICA) has announced the appointment of Mr.SAITO Mitsunori as the new Chief Representative of its India office, effective on August 24. He succeeds Mr. MATSUMOTO Katsuo, who completed his tenure with JICA India after three years of service. Prior to this, Mr. Saito was working as the acting Director General of the Infrastructure Engineering Department at JICA. Over the years, he has been responsible for projects and operations strategy under Official Development Assistance (ODA) programmes of JICA and has experience of working at the Africa and Middle East divisions too. In addition, he used to work as a representative of India office from 2006 to 2010.

On assuming office, Mr. SAITO Mitsunori, said, “This appointment is indeed a great honour for me. India has been making extraordinary progress across sectors. And the nation’s development is expected to contribute significantly to the achievement of the Sustainable Development Goals, which will have a global impact. I believe that stronger relationship between Japan and India based on the cooperation to tackle the development challenges will contribute to a more secure and sustainable region and the world. Toward this, JICA has collaborated with several Indian institutions and agencies on ODA loan projects and technical cooperation projects, initiated private sector partnerships, dispatched Japanese volunteers to India and offered India its assistance to fight the pandemic. I look forward to nurturing this deep partnership based on mutual trust during my tenure in the country.”

India is the largest development partner of Official Development Assistance (ODA) from Japan. Japan’s ODA to India started in 1958 as the first recipient of Japanese ODA loan in the world. Since then, over 6,566 billion Japanese Yen (approximately INR 4,37,742 Crore) in ODA loans have been committed to India for more than 300 public projects across various sectors. JICA has been implementing several initiatives to help India’s development journey. There are various ongoing projects such as the railway projects of Dedicated Freight Corridor and High-Speed Railway, and building Renewable energy system to promote sustainable development and growth in India.