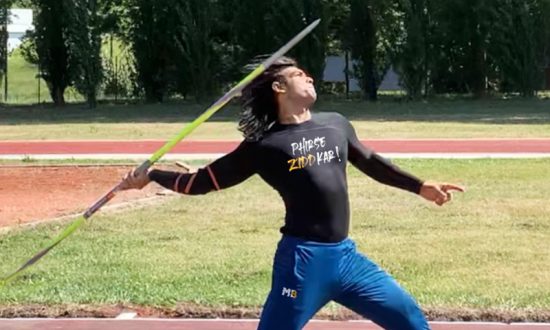 Young javelin thrower Naeeraj Chopra captured the imagination of 1.3 billion Indians by becoming the country’s first Olympics gold medallist in athletics since independence, but not before putting up a determined fight to overcome a career-threatening elbow injury on his throwing arm in 2019. As the 2018 Commonwealth Games champion fought his rehab battle while returning to rigorous practice in the run-up to the Tokyo Games, the army man bounced back with the help of proper dietary and nutrition supplements and grew in a way that fetched him the historic yellow medal earlier this month.

As Neeraj continued to chase the dream of achieving the numero uno position in the Tokyo Olympics, his case underlines beyond doubt the importance of scientific protein supplements in meeting the critical nutrition requirements of sports rigor and preparing them for the world stage where they can make the country proud.

Talking about his long association with MuscleBlaze, Neeraj Chopra, the Olympian javelin thrower, says, “I value this partnership immensely, as to having MuscleBlaze support me before my debut at the Tokyo Olympics. It has been a confidence booster for me, and I would like to ask more brands to support more Indian Olympic athletes before Paris 2024 and further!”

The glorious feat of the 23-year-old Arjuna awardee in a track-and-field event came at a time when MuscleBlaze, the sports nutrition brand of HealthKart, is due to celebrate its 9th anniversary. Emphasizing bridging the nutrition gap in athletes through authentic dietary supplements, MuscleBlaze, a trusted name among the pool of budding athletes it serves, pledged to continue to provide support to promising sportspersons in India.

Speaking on Neeraj’s glorious achievement, Mr. Sameer Maheshwari, CEO, and Founder, MuscleBlaze, says, “On the grandest stage of his career, Neeraj Chopra has achieved a historic feat. He is the pride of the country, and his stupendous performance highlights the potential of all our athletes. This feat adds to the celebration of our own brand MuscleBlaze which completes nine years this month. We look forward to being the perfect partner for Neeraj since we are building a culture of athletic performance with fitness and nutrition.”

“I believe my alliance with MuscleBlaze will foster the Ziddi spirit in every individual to achieve the pinnacle of glory for the nation & inspire all fitness enthusiasts,” Neeraj further added about his association.

MUBI Collaborates With Amazon to Bring Its Curated Cinema to Prime Members in India Through Amazon Prime Video Channels – Available With Add-on Subscription
LastPass’ Psychology of Passwords Report Finds People are Still Practicing Poor Password Hygiene While Increasing Their Online Presence
A comprehensive book on “Augmented Reality” published by McGraw Hill
India formalises acquisition of 56 Airbus C295 aircraft
Impact of Covid – 19 on the Evolution of Molecular Diagnostics: An Overview of Before and After the Covid-19 Pandemic
Canadian Wood hosted the latest webinar focused on ‘Engineered Wood Products’
CONTACT US