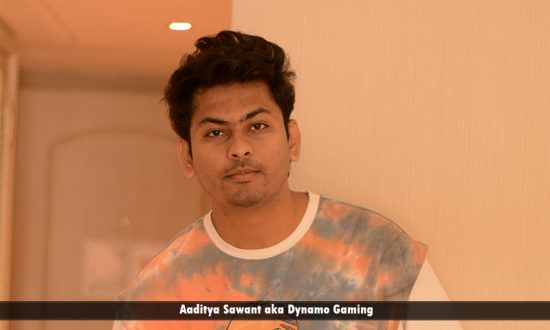 The Mumbai-based content creator and Youtube sensation Aaditya Sawant, better known as Dynamo Gaming is among the few Indian gamers to achieve the milestone mark of 10 million subscribers on his YouTube channel-Dynamo Gaming.

Dynamo is one of the most popular PUBG gamers from India and before shifting his career into content creation he has internationally represented India as a professional esports player as well. A big admirer of Dynamo-The Magician, Adii “Dynamo” Sawant kept choosing his virtual name as well as the channel’s identity influenced by him.

Excited to bag 10M subscribers, Aaditya Sawant aka Dynamo Gaming said, “I started my youtube channel out of my love for gaming. From a gamer to a YouTuber with 10 million subscribers it has been an incredible journey with a lot of ups and downs. Today if I am able to achieve this milestone it is not just me alone but a big shout out to my family along with my beloved Hydra members who have been my pillar of support always. And a special mention for my subscriber family who took faith in me and believed in me and has been part of my journey since the beginning. A big Thank you to all of you once again.”

One of the most loved influencers in the gaming industry with more than 2.2 million followers on Instagram; he was also one of the leading faces in the official Battlegrounds Mobile India teaser launch early this year. Aiming to deliver entertaining content and gameplay techniques, his youtube channel boasts of incredible eyeballs and more than 1 billion video views.

Aditya has collaborated with several endemic brands like HP India, AMD India, ASUS as well as innumerable non-endemic brands to promote them as part of their brand campaigns. Dynamo is managed by Trinity Gaming, India’s only gaming and content creator management agency. They have handheld him right from the beginning and provided him with graphic assistance, media mileage, educated the best practice about social media presence, outreach and engagement and most importantly build his portfolio so that he could benefit from brand activities and ad campaigns.

Commenting on the great feat of Dynamo, Abhishek Aggarwal, Co-Founder & CEO of Trinity Gaming, who have been managing Dynamo from the beginning said, “We are feeling overwhelmed and proud to see our creator achieving great heights in the community. Dynamo was the first gaming creator we onboarded when we started our journey in the gaming industry. We are currently managing more than 250 creators under Trinity Gaming and Dynamo has been one of our first and most loved creators. Dynamo has not only made his family and fans proud but also our Trinity Gaming family. We wish him more success and many more milestones in the coming time.”

Before, being recognised as a PUBG player, he has also played games like Dota2, BF1, BF3, BF4, Apex and GTA V.