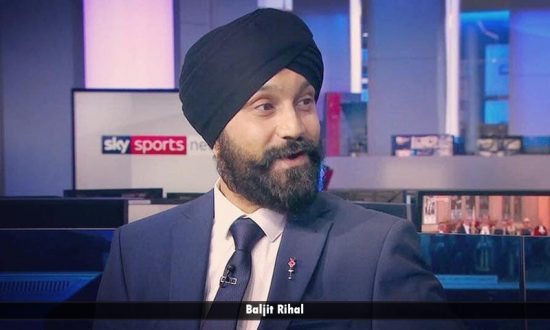 In a bid to strengthen its leadership sphere, SportZchain, India’s first and only blockchain-based fan engagement platform connecting fans and sports teams on a single table, has onboarded Baljit Rihal as Head of Football Partnerships (India). Baljit will also be working closely with the advisory board to ensure the partnerships and fan engagement run smoothly. After securing pre-seed funding of USD 400,000 in October, SportZchain has been vigorously working towards adding more fan-focused teams in their portfolio and creating an unparalleled blockchain-based application to heighten the existing infrastructure. The recent onboarding of Baljit will further substantiate the brand’s stronghold in the niche ecosystem of fan-favourite sports teams.

Baljit is a renowned name in the hitherto football market through his activities as the CEO of Inventive Sports, a global consultancy specialising in emerging sports markets. He is a passionate sports entrepreneur with an influential industry presence built over 10 years across the UK, Europe and India. Baljit, a Masters graduate from City University London, founded the Asian Football Awards in 2013 supported by the Football Association and subsequently the Asian Cricket Awards which held its inaugural event at Lords in 2014. He is also a well-known football agent, having licenses with the English FA and All India Football Federation alongside his accreditation with the England and Wales Cricket Board. Inventive Sports currently manage a number of Indian and international clients competing in the Indian Super League as well as emerging cricket talent globally.

Speaking about this latest addition, Siddharth Jaiswal, CEO and Founder of SportZchain, said, “Baljit’s extensive experience and expertise in the Indian and Asian football landscape make him the perfect fit for SportZchain’s ambition to partner with fan-focused teams. Seeing his relationship with top Indian football teams in India and talents, built on the back of a decade of trust and hard work, Baljit is an obvious choice to lead football partnerships in India. We look forward to working with him in this exciting and fast-paced world of sports tokens and NFTs.”

Commenting about this new role, Baljit Rihal, newly-appointed advisor and Head of Football Partnerships (India), SportZchain, said, “Fans across the world have passion in abundance when it comes to supporting their teams. This is particularly evident in India’s rapidly expanding sports ecosystem. Fans are a team’s greatest asset, and by using the blockchain-based platform by SportZchain, clubs can revolutionise their engagement with supporters through token offerings, NFTs and gamification. It’s a win-win situation as it empowers fans and increases revenue potential for teams at the same time. I am delighted to join SportZchain at this exhilarating time when cryptocurrencies and blockchain technologies are being graciously embraced. The goal is to drive fan engagement, attract sponsors and innovatively engage a global market.”

Incepted in March 2021, SportZchain is a Singapore-based startup founded by Siddharth Jaiswal, a Mumbai-based serial entrepreneur. The foundation of the platform was laid with a strong belief that sports enthusiasts and fans rightfully deserve a right to be heard by their favoured sports teams. The platform offers fans a chance to help make their favourite teams the right decisions through voting powers while simultaneously reaping some financial benefits by purchasing branded sports tokens.