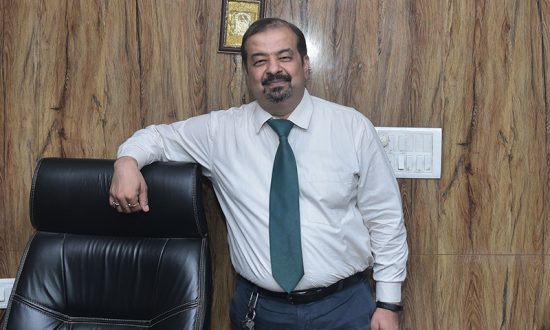 Vikas Gupta is the founder, CEO and CFO of e-Ashwa Automotive Private Limited. He has been instrumental in not only starting this company in an unexplored but high potential growth sector like electric vehicles but also responsible for the strong market leadership position which the company has achieved over the period of last several years. As the CEO and CFO of the company apart from its founder, Vikas oversees operations and finance of the company and works closely with all the other business heads of the company in order to strategise and drive growth.

As more EVs are sold, it will stimulate to bring down the TCO (Total cost of Ownership) even  further, resulting in the start of a healthy cycle to buy more EVs.

The Indian EV industry has been on a tremendous growth path for the last 6 years from 2015-16  to 2019-20. The SMEV data shows that combined sales of all EVs (2W + 3W + 4W + others)  has grown over 7 times in the said period. But as the pandemic hit hard post the said period,  production and sales in all industries including the EV industry suffered for almost 1.5 years.  However, as of today the fear of Corona is nearing at the end and markets are fully open,  thanks to the mega vaccination drive of the government and the social distancing followed by  the common public, all industries are fully functional and sales figures are also reaching pre

Auto industry, especially the personal vehicle segment and EVs have gained a good momentum  post Covid due to the fact that people want to prefer a personal vehicle for social distance  reasons that had emerged during Covid. As a result, sales of EVs have increased in the last few  quarters. This is evident from the fact that high-speed electric two-wheelers (e-2Ws), which can  run on the road beyond more than 25km/hour speed, have registered a whopping 425% growth  in 2021 as compared to 2020.

This is indeed a positive sign and the industry may retain growth momentum due to following  global and local factors.

With the kind of geopolitical situation emerging in Eastern Europe, crude oil has already hit  $123.9 per barrel on 8th of March. Though there is some easing out, analysts predict that it may  remain high in the near future and uncertainties will prevail for quite some time. This is one of  the major driving factors that will push people to opt for greener and economical electric  vehicles.

In a normal electric vehicle, usually the price of the battery pack constitutes 40% to 50% of the  total cost of the vehicle. Though the price of lithium metal is increasing due to surge in demand,

the average price of battery packs has considerably reduced from $1,200 per kilowatt-hour  (kWh) in 2010 to just $132/kWh in 2021, thanks to the scientific research in the domain.  However, this is still well above the threshold of $100 at which the cost of EV and ICE would  match. But engineers predict that the prices would come down soon pushing for mass adoption  of EVs.

Another factor that propels the adoption is the policy level interventions by the sovereign  governments of the countries. Across the globe, there is some kind of a collective push to drive  the EV segment. In India too, the government, with a series of policy frameworks, had initiated a  deliberate push towards transition from IC vehicles to EVs.

Initiated with FAME I in 2015, „The National Electric Mobility Mission Plan (NEMMP) 2020‟ had  aimed to focus on four major areas – (i) Demand Creation, (ii) Technology Platform, (iii) Pilot  Project and (iv) Charging Infrastructure with total outlay of Rs. 529 Crores in 4 years until 2019.  Based on the response on phase one of the scheme, FAME II was launched on 1st April 2019  for an initial period of 3 years with a budget support of Rs. 1000 Crore which was subsequently  extended for two more years.

In another development, last year auto companies, primarily 2 wheelers, have agreed for a  common battery specification to ensure smooth user experience in terms of battery charging.

Joining this bandwagon again are retail oil majors like HPCL who have the requisite strength to  transform the EV landscape.

Lastly, the end consumers too are realising that switching to EVs have more benefits both  health wise and environmentally. Further, as electricity supply has increased in the rural areas  and is more predictable, EVs are being preferred in such areas.

Having analysed above factors which favour the adoption of EVs in the coming days, we have  sufficient base that the coming year will be a boon to the EV industry and there are chances that  it may perform beyond predictions. As per a report published by the Society of Electric Vehicles  Manufacturers, “Sales of total electric vehicles in India are expected to be around 10 Lakhs units this year, equal to what was sold collectively in the last 15 years, mainly riding on the good  traction witnessed by electric two-wheelers”. Hence, as more EVs are sold, it will impact the  cost to bring them down, resulting in the start of a healthy cycle to buy more EVs and we may  see the coming year to be favourable towards EV.

Studying Abroad can Take a Toll: 5 Ways to Deal With the Stress
Business Planning Solutions for the Longevity of SMBs
How Ready to Cook Food Sector is Easing Out the Job of Hotel and Restaurant Industry
From Property Sellers to Tech Players – The Transformation of Real Estate!
Infobip Creates a New Digital Experience for All Tennis Fans
Schneider Electric Brings Green Yodha Yatra to Bengaluru; Demystifies Sustainability in Water and Wastewater Segment
CONTACT US