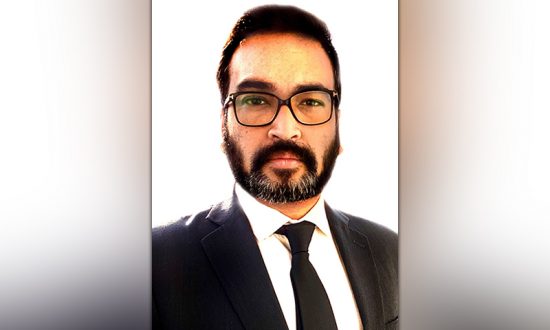 Utkarsh Sinha is the Managing Director of Bexley Advisors – a boutique investment bank focused on the Tech, Media and MSME sectors. He is also the VC Anchor for iSpirt, leads IMC’s Start-up Committee and is the former Convenor of IAMAI’s FinTech Committee. Utkarsh is a graduate of MIT and Oxford, and formerly worked at BCG, Bridgewater Associates and Moelis & Co. in Boston, Connecticut and London.

The path to disruption is littered with the corpses of false starts. MySpace and Friendster paved the way for Facebook. AltaVista and AskJeeves and countless others to Google. There is a view that the current payment infrastructure will similarly form the bedrock of a blockchain future where countless tax collectors on the payment highway will be laid to waste, empowering direct commerce in ways that was impossible before. And that it will happen as early as 2022. Welcome to 2022: A Crypto Odyssey.

The value of a single Bitcoin token has risen c.68x in the past 5 years, from 700.23 USD / BTC on 11-Nov-2016 to 47,927 USD / BTC today. The inherent utility that one can derive from a bitcoin token has not seen a commensurate rise. While more avenues exist today than in 2016 that are willing or able to accept Bitcoin as payment, the rise in their number is nowhere near commensurate to the 146% per annum rise in the value of the token itself. With no apparent change in the underlying value, what is driving this never-ending rally?

To do so, one must first look at the two inherent properties that underpin value in a security: tradability and redeemability. Tradability brings liquidity to a security and to its price, and enables its price discovery. It is one of the fundamental drivers, for example, for companies going public. The act of listing on an exchange allows for the continuous price discovery of a company’s market value – the NPV of its future earnings (market cap) – and therefore of its shares. Similarly, for commodities, the tradability of securities linked to them allows for dynamic discovery of their price at any point of time, as a reflection of the market’s consensus of its supply and demand at that point of time.

But more critically, every traditional security had a second property: that of redeemability. A commodity contract is redeemable for the underlying commodity it represents. Speculators are essentially working to predict what the demand for the underlying commodity will be, and therefore are making bets on the price it will demand at the time of delivery (hence, the time of redemption). Similarly, the shares in a company represent ownership of a company, and by acquiring enough of these, you can effect a change in control that in turn represents your ownership of the income stream from that company. This is what drives (at its core) the rapid speculation and pricing re-adjustment in anticipation of a merger or acquisition announcement. For a bond, the redeemability event occurs at maturity, and its tradability is a derivative of this future redemption event, as calculated by the market against the individual bond’s expected performance and its coupon rate. Even an option on a security can be called or put, forcing an act of redemption.

Redemption is key to the world of fiat currency as well. Grab a 100 rupee note from your wallet and read the RBI Governor’s signed promise at the back: it would read – I promise to pay the bearer the sum of one hundred rupees. Redemption is core to value.

And that, fundamentally, is core to the crypto transformation currently underway. It disintermediates the exchanges that were hitherto the guardians of redemption processes. Value has been getting created online, and transacted online. The propagation of the metaverse (or whatever we end up calling an increasingly digital first avatar-based life) will only make this value more meaningful and valuable. PUBG – that viral sensation – clocked in $2.5bn in revenues in 2020. Minecraft, that early metaverse where over 150mn players build and live increasingly complex digital lives, brought in $0.5bn. CandyCrush clocked $1.1bn in 2020.

These aren’t numbers to scoff at. Neither can one scoff at the hefty fees these companies paid to payment platforms and intermediaries to get these revenues: app stores, credit card companies and the like. Up till now, there wasn’t a way around them. With blockchain, there increasingly is. Chingari – India’s short-form video disruptor has created Gari Coins, essentially monetizing the like button in what could prove to be the most significant disruption to social media since Justin Rosenstein supercharged Facebook with it on 9th of Feb 2009. NFTs – a curiosity till last year – are now becoming increasingly meaningful accessories to adorn your digital avatar and to pimp-up your avatar’s lifestyle. If this sounds ridiculous to you, consider this: users have spent 3.3 trillion minutes on Zoom this year. And most of that, probably, has been spent with a default Golden Gate Bridge background. That empty space behind your head in a Zoom meeting is valuable real estate – and increasingly, people are finding ways to monetize digital environments like this one.

2022, then, could well serve as the point of inflection. When your digital avatar’s life becomes more meaningful than your offline life. Where payment gateways and app stores stop being the guardians of payment and redemption processes, giving way to more intimate connections between the platform and its users. And where blockchain based tokens gain that critical mass to achieve a tipping point, so that the inherent value they represent is no longer a function of their redeemability in fiat currency, and where the digital economy they transact in imbues them the value they demand.

Afterall – I don’t know anyone who has actually turned up at the RBI Governor’s residence on Carmichael Road in Bombay and asked him to pay them a hundred rupees in exchange of a 100 rupee note.

How is Technology Being Used by HR Leaders to Manage Employee Well-being?
Cryptocurrency in a Global Perspective
Pharmacy Retail – Interesting Time Ahead for Pharmacy Retail & Supply Chain
Inside Tale of Young India: Why Teen Entrepreneurship Needs to Take Centre Stage?
GajShield Infotech adds SD-WAN & SLA, the two new features to their firewall
76% of Indians plan to switch from renting to owning assets as an investment and lifestyle choice, reveals Post ‘Generation-Rent’ study by Godrej Housing Finance
CONTACT US