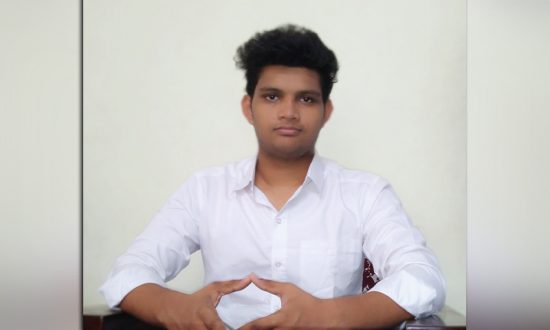 Bhargav Varma, an entrepreneur by passion has co-founded CISAPP Online Inc (CiSApp), a revolutionary Blockchain social network where all stakeholders (users, content creators, and brands) can feel safe, free, and rewarded. He has been serving as COO since its inception. Before becoming an entrepreneur, Varma is a graduate of Lovely Professional University and holds a Bachelor of Technology with extensive computer science coursework.

Blockchain
A significant problem with today’s social media networking platforms is that they are heavily centralized which means, all the user data collected directly or indirectly is stored in centralized servers. If the term ‘centralized servers’ didn’t raise the alarm already, let’s quickly look at the two primary concerns. First and foremost, the privacy and security of user data. Second, Amalgamation of power in the hands of the corporation owning the centralized servers. We must realize that with great innovation and advancing tech, there come great hurdles too. Centralized servers also play a crucial role in user commodification, and social media networking platforms sell all the collected user data to targeted marketing or advertisers; as harmless as it sounds, it has been used by notorious parties to spread propaganda and hate over the internet by targeting a specific set of individuals with a particular type of posts to influence the way they think. This is where decentralized ledger system blockchain steps in. Social media platforms built on Blockchain are not under any central proprietary authority holding all the data. The user data collected is stored in a decentralized way in nodes across the globe. Moreover, all the data that flows through the Blockchain is end to end encrypted which offers much greater security. Blockchain will revolutionize the whole social media networking space as it’s decentralized and provides data safety and security like nothing else.

Robotic Process Automation
We are surrounded by automation, and we are so deep in the sea of automation that even identifying automation is a horrendous task. When we say automation, we do not question the ability of a human brain to do a job, but with automation, the same task can be done swifter and more consistently. Robotic Process Automation (RPA) is a software technology that simplifies the building, deploying, and managing the software robots that imitate human actions to streamline working processes. RPA enables a software robot to understand what’s already being displayed on the screen, identify or extract data and then act upon it as required. Social media is a highly personalized platform, and no two people share the exact same interest in the kind of content they consume, or how they want their UI to look, and so many more customizable attributes – RPA takes care of that. To replace people manually replying to similar messages to a brand, we take the help of the RPA equipped with machine learning to respond to them, and we also refer to them as chat bots, which are getting pretty popular lately. RPA has already found a few applications in the social media networking place, and people are every day finding new applications of RPA in and around social media because of its ability to be so widely adaptable and applicable.

Artificial Intelligence
The more you look into Artificial Intelligence, the more definitions you will find for the term. Everybody defines Artificial Intelligence(AI) in their ways and words. Still, if there’s one definition the world has agreed to, it is by Demis Hassabis, the CEO of DeepMind (a startup later acquired by Google), “the science of making machines smart.” The motive of having AI is to make machines more like humans, to give them the ability to speak, see, move, hear, understand, analyze and write. Basically, make them more like humans. And try denying it all you can, but AI surrounds us; we have numerous applications running on our phones; even when I type this, I have a linguistic checker continuously scanning what I write for errors and suggesting changes. All our OTT platforms are hooked on AI for giving us the best recommendations. Amazon is dependent upon AI for product recommendations, Siri talking to you like a human, all of which is AI, and you bet that’s powerful. Another breathtaking feature that makes it disruptive is its ability to self-learn and get better; it uses historical data to make better choices the next time it’s put into the same situation. AI can be very smartly put to use in social media platforms in an endless number of applications; it is already very widely used to sort, identify and tag big data. Social media networking platforms can now flag copyright infringement, fake accounts, hate, or NSFW content. AI can very well scan through all the information being posted in real-time, not letting people post inappropriate content. The adaptive nature of AI makes it highly compatible with any other technology. If it is paired up with blockchain, we will be looking at a combination that can completely eradicate fake profiles off the internet. AI can be used to identify and mark facial features of a picture which can be later turned into a highly encrypted and unique hash code, which is then stored in a node over a decentralized network. Now, if another user tries to register himself with the same facial features, the platform would simply not allow it.

Augmented and Virtual Reality
Augmented reality(AR) and virtual reality(VR) are two similar but very different concepts. Augmented reality gives a real life view of something not present and projects it on the screen, whereas Virtual reality immerses people in an experience which is not real. People were starting to give up on this compelling technology, but after the pandemic, most of the lot has realized that the world needs to see a way to connect better through the internet. AR and VR improve how we visualize information and interact with products. These are bound to become the new immersive interface between humans and machines. These technologies are often seen only in the light of their entertainment applications, but these can be very widely applied in social media networking. AR and VR can be used to make an environment where the people feel they’re actually with people. With the support of non verbal cues like hand gestures and body posture, we can now communicate better, which we might lack in video conferencing. The future of networking with AR and VR, as I see it, can be a customizable video avatar of the person that can speak out the message in the person’s voice or a virtual room using VR where we feel like we’re sitting in a room full of people. A lot of companies have their AR and VR technologies in the stage of experimentation; the potential of its application is seamless. The future can be anything; who knows?

The Benefits of Artificial Intelligence for your Business
What’s Your Value in 2023?
Transforming the Executive Search Industry & Making an Impact
Bring the Zing – 5 Keys to Powerful Presentations, Briefings, and Meetings
Neo Banks – The New Kids on the Block
Why are Brands Allocating more Budget for Digital Marketing?
CONTACT US