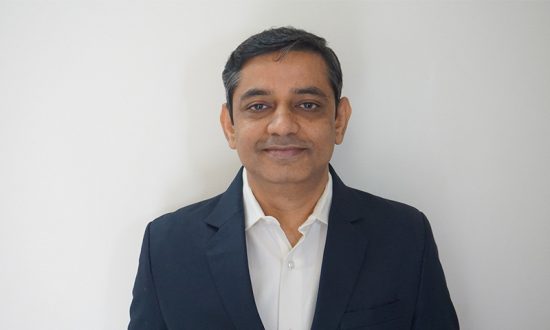 Mahesh Kulkarni is the MD and co-founder of AFour Technologies and is based out of Pune, from where he spearheads the Delivery, Center of Excellence & Non-Engineering Functions at AFour Technologies. Prior to co-founding AFour, Mahesh worked with multiple software teams within and outside India, in verticals such as retail, healthcare, and corporate governance, during the course of which he worked on various aspects of 360-degree software product engineering. He currently acts as advisor and mentor for the InTech Olympiad, an initiative that enables science and technology students in remote parts of India to get connected to internships that will broaden their career horizons. Mahesh enjoys working on different technology stacks and has a special liking for Java and .NET platforms. He is married and has two children.

Front-end development entails using HTML to design website layouts, CSS for visual appeal, and JavaScript for client-server interactions. Your Front-end apps must be simple and intuitive to use, provide a fantastic user experience, and pack a punch when it comes to features. That might sound like too much to do, but many Front-end frameworks are available to help you develop apps as per your requirements.

Contrast that with the initial days of web application development in the late 20th century, when applications were highly server-centric as the browsers were not evolved enough to support client-side scripting. Browsers like Internet Explorer started to provide a workaround through ActiveX controls, but the real revolution came with the introduction of JavaScript, which had client-side programming capabilities.

However, the popularity of concepts like virtualization and cloud evolution pushed the focus of web apps back to the server. Server-side MVC design patterns were once again the flavor of the season, and frameworks such as Spring MVC, ASP.NET MVC, Django, etc., started to gain traction.

The web app development landscape took a new turn with the explosion of smartphones and the availability of cheap data. We are currently in the mobile-first era where developers use the same back-end code for web and mobile applications. The server-side MVC pattern is now distributed into a lightweight (e.g., REST) APIs that can be rendered quickly on mobile devices, and the MVC pattern resides on the client-side.

It is to accommodate the client-side MVC design pattern that Front-end  frameworks were developed. Front-end  development frameworks enable a website developer to design and code the interface via which website visitors or users can interact and engage with your website. Needless to add, the Front-end tools that you use must help you create a fantastic user experience so that you do not lose visitors owing to a poor website experience.

When choosing the right Front-end framework, there are many options available, and you must understand what each of them offers before choosing the one most suited to your requirements.

Facebook initially developed React as a Front-end  JavaScript library to manage its app’s continuous addition of features. Facebook released React as a free, open-source framework in 2013, and its demand has been growing with time. As React was initially used to build user interfaces, its components are highly reusable, and it is easier to collaborate on projects. The use of virtual DOM ensures a seamless and fast user experience.

Angular was developed by Google and launched in 2016. Although it shares its name with Angular, Google’s JavaScript Model View Controller (MVC) framework, AngularJS is a complete rewrite for building mobile and desktop web applications.

Angular’s two-way data binding facilitates real-time synchronization between the Model and the View. It is perfect for building enterprise-level applications and dynamic web apps.

Angular boasts of a vast community for learning and support. Anyone developing an Angular app has access to a huge pool of resources and expertise when they are stuck.

Some of the companies that use angular include BMW, Forbes, and Blender.

Vue.js is a young JavaScript Front-end  framework, but it is in huge demand because it was built with the sole motive of optimizing app performance. This fulfills a basic requirement for fast applications in the mobile-first ecosystem that users operate in. Vue.js is lightweight, supports two-way data binding, has a visual DOM, and uses components.

You can build anything from web and mobile applications to PWAs using Vue.js. Additionally, it can handle both dynamic and static processes.

Some of the companies using Vue.js include Alibaba, Reuters, and Xiaomi.

jQuery is one of the oldest JavaScript Front-end  frameworks; it was introduced in 2006. Even though it is more than 15 years old, it is relevant even today.

jQuery was initially built as a cross-platform library to manipulate CSS and DOM. Still, more components kept getting added as they were optimized for the functionality and interactivity of a website too.

Some top names using jQuery include Uber, Twitter, and Udemy.

It is the latest TypeScript Front-end  framework to hit the market, and developers in the know-how say that 2021 is going to be its year. Although its first version was released in 2016, it took time to catch up.

In Svelte 3, released in 2019, the developers took a new approach towards building user interfaces.

While earlier JavaScript tools like React and Vue do most of the work in the browser, Svelte puts the code into a compiler, which runs at build time. This one extra step ensures you can build applications of any size without compromising on performance. Svelte has already been integrated into the IT infrastructure of companies like SEMrush, Spotify, and Ola.

The Future of Work: The 3 W’s that Matter
Nitric Oxide: The Future of Medicine
Scale Your Heart
Channelising fear in a constructive way: Tools to face difficult situations
Online certification courses are a boon to your career
How has Maintenance Services Promoted a Safe Lifestyle During the Pandemic
CONTACT US