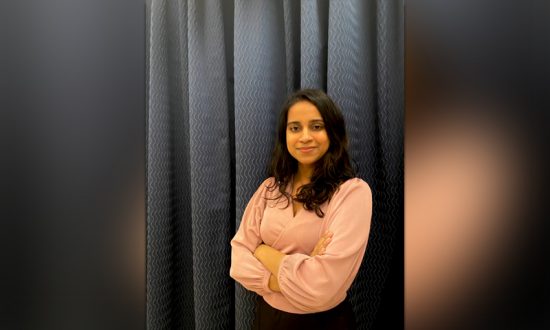 Tanvi Singla is the co-founder and CEO of Supreme Incubator, an incubator that helps early-stage startups build strong and scalable businesses. As a virtual incubator, the program inducts startup founders from across the country in 6-month cohorts of intensive venture building alongside industry experts. She is a graduate of the prestigious Shri Ram College of Commerce. Following graduation, she joined her family-owned financial services business. Having grown up in an entrepreneurial family, Tanvi was aware of the power of entrepreneurship from an early age. Tanvi started Supreme Incubator with Disha Singla after co-leading projects over several months.

According to Startup Blink – global innovation mapping and Research Company, India has the third largest start-up ecosystem out of 100 countries ranked by the research company. Further, analysts at Credit Suisse wrote in a report for clients last month that India will likely produce 100 unicorns in the coming years. Start-ups in India have received significant attention in recent years. Their numbers continue to rise and they are now being widely recognised as drivers of innovation and growth at the global level.

Although the pandemic crippled all businesses across various sectors and some are still recovering, the majority of internet businesses are back on track. As more people stay at home and use the internet, all online services – from ecommerce to digital payments – have seen rapid development. This growth is expected to continue in the years ahead.

Start-ups are part of a broader business environment and their growth drivers in Indian ecosystem is an amalgamation of various factors: impact of technological change, earlier economic reforms, evolving market trends as well as changing attitudes on the part of large companies, government and society overall. Let’s explore the seven key growth drivers of Indian start-up ecosystem in detail.

There is a significant need for innovative solutions, the ones that benefit a large number of people. Over the years, various technology start-ups have created high-impact solutions for the Indian market and have emerged as tech unicorns because of their potential for exponential growth and scalability. These start-ups are Groww (investment platform), Gupshup (messaging bots start-up), API Holdings Pvt. (digital pharmacy), Mohalla Tech (app developer), Meesho Inc. (social commerce start-up), and Cred (financial-technology provider).

In the last few years, digitisation has happened at a rapid pace – ever-increasing smartphone penetration, affordable data packs, internet explosion across different locations in the country and an increase in teledensity. According to Statista, there were 250.66 million smartphone users in India in 2015. The number rose to 696.07 million in 2020 and is expected to reach 973.89 million by 2025. Further, there were nearly 700 million internet users across the country in 2020. The number is expected to grow to over 974 million users by 2025.

India is also one of the largest consumer markets with enough space for new entrants, while the US and China are well-established and controlled by incumbents. The sheer size of India combined with growing internet adoption provides a massive TAM (total addressable market) for start-ups to exploit.

With impressive performance of various start-ups and remarkable ROI, there is investment infusion from regular stock investors as they start focusing on this new array of non-public investments. Apart from venture capitalists, many regular investors are also seeking prospective start-up ideas to invest in.

India is a popular destination for investment in various categories of industries including IT and pharmaceuticals. Over the years, such sectors have emerged as favourite options of investors as well as entrepreneurs due to the start-up ecosystem they offer. According to IBEF, as of December 31, 2019, total number of employees grew to 1.02 million together for four Indian IT majors (Infosys, TCS, HCL Tech, Wipro, ). Further, Indian IT’s strengths and core competencies have attracted significant investment from international majors. The computer software and hardware sector received FDI inflows worth US$ 62.47 billion between April 2000 and September 2020.

Over the years, there have been deep-seated improvements in physical infrastructure in the country. Nearly all habitations are now linked by all-weather highways, compared to very few a decade ago. Moreover, the supply chain facility is much better & smooth now and almost all households are now electrified.

The world leading “India Stack” is an ambitious project of creating a unified software platform to bring the population into the digital age. The project is the richest place for innovation – a set of APIs that allows businesses, governments, developers and start-ups to utilise a unique digital infrastructure to solve India’s hard problems. It has groundbreaking applications like UPI built on foundation of universal bank account access, mobiles, and the biometric-ID (Aadhaar). The project is accelerating financial innovation, aided by greater data availability.

While India offers great opportunities for start-ups, start-ups also carry great hopes to create employment and promote growth. Over the last few years, start-up ecosystem has developed dynamically in India and support has increased in many dimensions: availability of financial capital, office space and infrastructure, favourable government policies etc. This ecosystem will continue to mature. Surely! The future looks bright for emerging start-ups in India as well as for the economy of the country.

Technologies for Cardiovascular Disease: A 2023 Appraisal
Seeing Strategically
10 Recommendations On How To Negotiate Outsourcing IT Contracts
Shopping in the Age of ChatGPT: How the New AI Rage is Revolutionizing Retail Experiences and Consumer Goods Manufacturing
Impact of COVID-19 and future of the Logistics Industry
Digital Marketing Tips for Boosting Online Sales during Covid-19
CONTACT US