Home /EXPERTS' OPINION/AI and the Future of Design: What will the Designer of 2025 look like?

AI and the Future of Design: What will the Designer of 2025 look like? 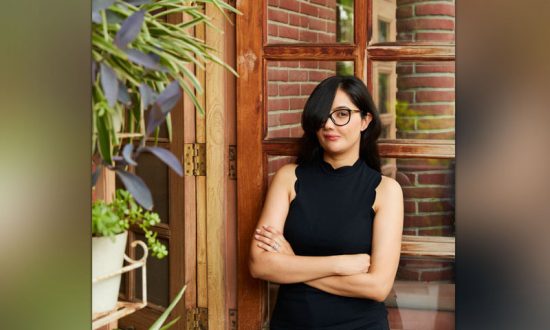 Aatika Manzar is an inspiration for women entrepreneurs who aspire to become big and on their own. With over 100 projects under her belt, Aatika holds a Bachelor’s degree in Architecture from Jamia Millia Islamia and a Masters in Interior Design from Birmingham City University. Her experience of more than ten years is spread across the Middle East and India.
With an interest in Mathematics and a passion for designing, Aatika mixed the two and chose the path of architecture and interior designing. After her return back home, she worked with a few of the most prestigious brands and known industry names before she made the decision to go solo. A brainchild of Aatika, Aatika Manzar Designs is a design collaborative established four years back. With projects like the Gaurav Gupta store, the chic Farzi Cafe, Playboy The club, Bombaybakery, Station Bar, Out of the Box, etc., the studio works proficiently on the interior and exterior spaces, large architectural areas to intricate details. They have worked on different projects ranging from hospitality, retail, design spaces to residential, hotels, malls, and departmental stores. The firm boasts about being the only Indian design studio to have designed over 50 departmental stores in the country, all with new and innovative concepts and themes.

AI and the future of design:

Artificial Intelligence has started ruling the market and has become an over-hyped buzzword for everyone and the design world is no exception. Understanding the facts and advancements AI brings with it will surely add magic in the design industry & business making the designer’s smarter than ever before by leveraging an array of technological features in hand.

In the future designers who will start working with AI can easily create the designs faster & in a cheaper way due to the increased speed and efficiency it does offer. We even know AI is about optimization & speed and with this power it can analyze vast amounts of data and suggest design adjustments. From your repetitive day-to-day task which involves creating graphics and much more, all you have to do is a human job i.e. approve or reject, and if necessary manually adjust them and with this one saves its time 10times more than before.

The AI design tools will help the designers to create an entirely new design telling them even the reason why it can increase and generate user engagement too.

For a fact, everyone is aware of how this VR, AR & MR demands a great deal of design work, and to make it less complex and tough AI will help designers build 3D VR worlds easily & effectively.

With high technological developments & expansion, we are sure that in the coming year’s designers will effectively use the power of artificial intelligence to inform their design decisions on an everyday basis. The AI tools won’t be replacing designers but will help designers’ to work in a  better and smooth way so they can focus on bigger picture tasks. Artificial intelligence is already progressing & upholds itself across the design industry, generating graphics for websites, brands, virtual reality, and more. AI will make every designer stronger, as it won’t just show us what we already know; it will also present us with more plans, designs and open new avenues for thought.

Technologies for Cardiovascular Disease: A 2023 Appraisal
Seeing Strategically
10 Recommendations On How To Negotiate Outsourcing IT Contracts
Shopping in the Age of ChatGPT: How the New AI Rage is Revolutionizing Retail Experiences and Consumer Goods Manufacturing
How an AI enabled CRM Guest Management Tool can aid in the Optimization of Hotel Marketing
The World After Covid 19 Mayhem
CONTACT US