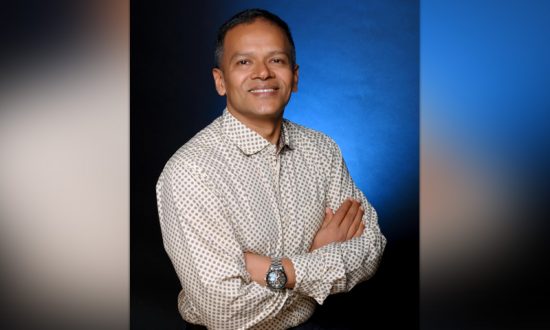 Shiraz Ibrahim spearheads Transteel Seating Technologies, India’s #1 choice for quality furniture, as its Managing Director. An engineer by degree from the National Institute of Engineering, Mysore, Shiraz has been very keen on taking the family furniture business and taking it to new heights. After working for over 4 years with his father, Shiraz started Transteel Seating Technologies in 1995. He has encapsulated Transteel’s philosophy and DNA, thereby enhancing business processes, enabling innovation, and developing people within the organization. With a strong drive to achieve more, Shiraz has led Transteel to grow from the traditional B2B furniture business to a leading e-commerce player making it possible to reach the end consumers directly.

The proposed amendments to the Consumer Protection (E-Commerce) Rules, 2020 when implemented, are sure to shake up the reigning hierarchy within the domain of e-commerce. The Indian Government had two overarching objectives when it had decided to propose changes to governing e-commerce rules. Firstly, it hoped to improve consumer perception of the reliability of e-commerce platforms through the implementation of a stringent framework of operation. Secondly, the Government attempted to create an even playing field and provide smaller players with a fighting chance for survival and prosperity. The intent of the Government was to not only propel the growth of the Indian e-commerce ecosystem but to, ensure that the differential needs and requirements of the Indian economy were addressed.

The implementation of the proposed amendments would lead to significant changes in the digital experience of potential customers. For instance, the imposition of ‘fallback liability’ forces the digital enterprise to be accountable for its actions and in turn guarantees complete transparency towards the consumer. It breaks the barrier between the customer and the enterprise. This is especially important because the customer is granted a sense of security and is encouraged to trust and place reliance upon local brands. The ban on specific flash sales or back-to-back sales is beneficial to small and mid-sized businesses because they cannot be forced to incur losses just because the e-commerce platform is artificially forcing out the competition by selling at a loss through a related party on their platform.

The Indian Government has attempted to eradicate the age-old consumer sentiment that retail portals beyond Amazon and Flipkart are not to be trusted. The mandate that e-commerce platforms must be registered under the Department for Promotion of Industry and Internal Trade (DPIIT) and hire a chief compliance officer, nodal contact person, and resident grievance officer is prima facie a positive sign as it is sure to ease the mind of potential customers. The issue, here, is that smaller e-tailers are burdened with the same level of compliance as that of larger e-tailers.

Smaller e-tailers do not have the unlimited reservoir of resources that larger platforms have and could even be deterred from attempting to wade into the e-commerce terrain. The Government must ensure that proposed amendments are enforced in a manner that does not dissuade smaller players. For instance, the imposition of a differential burden of compliance based on the size and financial bandwidth of the firm could be a good alternative.

The fact that the proposed amendments restrict the recording of personal information automatically (inclusive of pre-ticked boxes) without explicit consent from the consumer is proof that the Indian Government is intent on protecting the sanctity of the Fundamental Right to Privacy. In Puttaswamy v. Union of India, it was declared that the Right to Privacy is a Fundamental Right and, the personal privacy of an individual cannot be violated with a special emphasis on an individual’s right to informational privacy on the internet.

It must be acknowledged that foreign capital has a nationality and may not be sensitive to India’s economic and social needs. The development of foreign-owned /controlled e-commerce platforms cannot be at the expense of Indian small and mid-size traders, manufacturers and the market places must not be allowed to use sharp business practices to establish their dominance. Larger e-tailers and direct-to-consumer companies that have been able to attract large foreign direct investment must not be allowed to leave the smaller e-tailers in the dust.

The Indian government is trying to balance the need to attract foreign direct investment while at the same time ensuring a fair and equitable all-around development of the Indian E-commerce market.