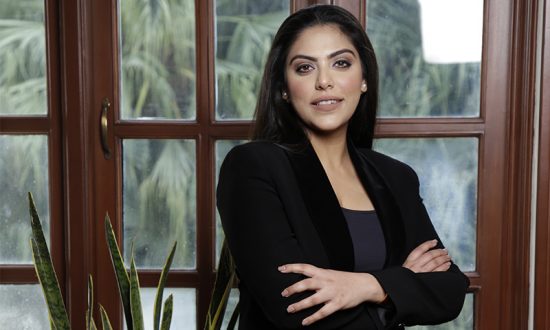 Pritika has been a game-changer and leader in the healthcare sector. Her business interests vary across many fields from healthcare business, beauty, mental health, yoga, meditation and the pharma industry. She is also actively pursuing women rights, philosophy, and is a relationship coach. She has worked towards women empowerment and other women-centric issues. She became the CEO of Prayag Hospital at the age of 23. Under her leadership, Prayag hospital expanded and opened at 2 more locations. She has also organized free camps, yearly, for acid attack victims and undertakes around 100 surgeries at nominal costs to help better the lives of these survivors.

It is indeed true that women entrepreneurial activity is positively associated with gender empowerment and gender-related development index for a country. Keeping the gender stereotypes aside, both men and women have been working on their ambitions and goals towards entrepreneurship. India is one of those countries where women struggle with least favorable conditions, lacking business resources to withstand their start-ups, but the past few years have been positive for the women entrepreneurship sector in India. According to me, women are smashing the wheel of patriarchy, and overtaking men in their very own stereotypical field of start-ups and businesses. Women have also been a significant part of business ownership in the past few years especially, during the covid-19 pandemic.

When it comes to entrepreneurship in India, gender largely defines the qualities a person inhibits. The gender stereotypes still prevail no matter how far we have come. When I started as a young CEO at Prayag hospital, my employees thought of me as a young girl with a fancy foreign degree. It took me time to win my employees’ hearts, and it was not easy. I have gone through ups and downs, highs, and lows on the way. I learn something unique every day, be it positive or negative. We as women have to work a hundred times harder to prove ourselves to achieve our goals. And as women, should we fail, society looks down upon us. This is something our society must change, and recognize that everyone is a born-leader, everyone is a born-human who tends to make mistakes irrespective of their gender and goals they aim for.

Women have always known to be ambitious, generous, and kind, but apart from these qualities women are known to be better managers. Apart from being great managers, women tend to have a rather better emotional connection with their staff. A women-led company is most-likely to have better relations with employees and staff because of an emotional connection they behold. Women tend to manage things easily and in a better way, they are born multi-taskers. They tend to hold a 360-degree aspect while making a decision and consider the impact of everything they do.

Women entrepreneurs need to be pushed every now and then, because in India, they do not tend to take self-initiatives, this could be due to their upbringings and male-dominant society. They often tend to forget to give time to themselves, and their care. The need to push women entrepreneurs is now more than ever. With the excessive downfall of the India Economy, we need more start-ups and Indian based initiatives in order for our economy to grow well and flourish better. The skill set a women led business has to offer goes far beyond just management and better decisions.

Mindset plays a major role while defining customs for a gender. Women entrepreneurs go through immense struggle juggling in between work, family, and their responsibilities. The discrimination between male and female entrepreneurs go on and on without any doubts. Safe work environments are of the utmost importance at this hour, because they will define the future of women entrepreneurs and women at their jobs.  A subtle infrastructure needs to be established in order to provide better finances and support to women led companies. Government has been working on various efforts when it comes to empowering women, but that is not enough. The combined efforts of government, society and big business firms is required in order to push the concept of women entrepreneurship in India.

Women leaders are the need of the hour and they will play a major role in the futuristic development of India and the Indian Economy. The future lies within equality and ending all the gender-stereotypes from the root.

Technologies for Cardiovascular Disease: A 2023 Appraisal
Seeing Strategically
10 Recommendations On How To Negotiate Outsourcing IT Contracts
Shopping in the Age of ChatGPT: How the New AI Rage is Revolutionizing Retail Experiences and Consumer Goods Manufacturing
Latest Technological Innovations in the Dermatology Business in 2022
How Real Estate in India is Performing in 2021: Still a Better Investment?
CONTACT US