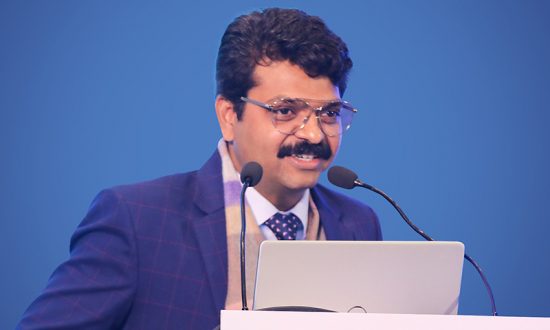 Kamal Narayan Omer founded IHW Council health initiatives in 2014 that sought to work aggressively towards finding sustainable, affordable and effective solutions in Indian healthcare. Even as the healthcare scenario in India was witnessing a rapid change, there remained a major void for platforms that could offer viable and influential forums for a healthy multi-stakeholder discourse on India’s healthcare needs and policy. IHW Council initiatives have been working to fill this void through a series of initiatives over the past half a decade. IHW Council is now recognised by the Government of India as a start-up for social impact.

Universal health coverage (UHC) is an uncontested benchmark of developed nations. However, for a vast and diverse country like India, it was a pipe dream until 2018 when Ayushman Bharat was launched. The scheme is pathbreaking both in its scale and concept – it brings crores of people under the safety net of health insurance and frees them from the crowded public hospitals. In two years, 23,255 hospitals across India empanelled under the scheme that has fixed the rates for about 1,500 treatment procedures. The scheme also enabled people to access healthcare services even if they are not in the state where they have been enrolled – the portability feature of Ayushman Bharat helped more than 42,000 people to avail treatment outside their state within the first year. Till date, the scheme served more than 1 crore people enabling 1.24 crore hospitalisations and paid 65,51,993 claims amounting to a total of more than INR 756 core.

The scheme has been beneficial to women as never before – it extensively covers sensitive diseases such as cervical cancer and breast cancer. Until January this year, 30 lakh women have been screened for cervical cancer Ayushman Bharat-Pradhan Mantri Jan Arogya Yojana while 70 lakh poor women were screened for breast cancer under Ayushman Bharat scheme. Under the revised Health Benefits Packages (HBP) of Ayushman Bharat, out of total 1393, 116 are exclusively for women, 64 are for males only while 1,213 are common to both. About 614 lakh women have accessed the Health and Wellness Centres (HWC) that brought health services closer to their homes. The scheme also brought healthcare closer for people living in remote areas, living in deep jungles or islands or the inaccessible parts of the Himalayas.

When the COVID-19 hit Indian shores, many may have written off the country as one sitting on a ticking time bomb – the huge population, the poor doctor-patient ratio and access to healthcare services, especially in rural areas, were thought to be the ingredients of an apocalypse. Thanks to Ayushman Bharat, among other factors, even after 1 million positive cases, less than 2 per cent of the affected people in India have lost their lives to the virus while a whopping 80 per cent recovered. Free testing and private healthcare were made accessible to people from the poorer section of the society to help them fight the pandemic – latest figures show that over 29,000 COVID patients benefitted by the free treatment provided by Ayushman Bharat while 2.24 lakh beneficiaries availed the free COVID-19 testing facility under the scheme. Around 8 lakh high-risk beneficiaries of PM-JAY were connected through calls while triaging, and teleconsultation based on Arogya Setu data took place through 20 lakh calls.

In line with the changed requirements of the time, Ayushman Bharat has evolved and introduced measures to instil trust in people and ensure the quality of healthcare delivery. Both government and private hospitals empanelled under Ayushman Bharat will be given star ratings based on a set of healthcare indicators such as effective, timely, safe, patient-centred, efficient and equitable healthcare. This addresses a long-time demand for private healthcare providers and may motivate more to join the ranks. That these changes have addressed the long-standing demand of people is reflected by the fact that more beneficiaries of Ayushman Bharat have preferred private hospitals over public ones for their COVID treatment. Besides, measures like Jan Aushadhi that enabled access to clean and hygienic-sanitary napkins for many women for the first time and focus on the use of generic drugs are some of the most commendable developments.

While tertiary hospitals have played a pivotal role in its success, the pandemic has taught us that eventually, strengthening primary healthcare is the way and will require renewed focus and efforts to lead the road to a true Ayushman Bharat. Improving the number of doctors per thousand patients is a key intervention. However, improving the infrastructure of the primary healthcare system remains a raw nerve.

Ayushman Bharat in the era of NDHM

The National Digital Health Mission (NDHM), announced by the Prime Minister on Independence Day, can address this, and help consolidate the paperless nature of Ayushman Bharat further. The six key aspects that make NDHM a game-changer – health ID, DigiDoctor, health facility registry, personal health records, e-pharmacy, and telemedicine – are likely to establish an integrated ecosystem for a better continuum of care. The NDHM will also help in tackling and reducing the cases of fraud related to the utilisation of packages, reported by the National Anti-Fraud Unit (NAFU) of the National Health Authority (NHA). This will ensure that states where the scheme is run on a trust model, such as Uttarakhand and Assam, can improve the outcomes and check corrupt practices. If HWCs brought healthcare closer to the home, NDHM is going to bring them to the home with telemedicine. At a time when going out increases the risk of infection, a situation no one knows how long will continue, telemedicine plays a crucial role in allowing access to health services within the safe confines of home. 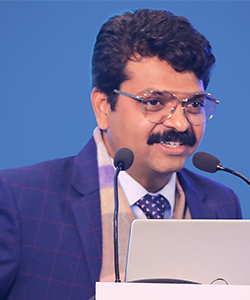 Kamal Narayan Omer is a passionate writer with a strong desire to bring about a positive change in society. Kamal started his career as a journalist with leading English newspaper Hindustan Times. He later worked with leading wire agencies United News of India and Press Trust of India where he reported on a wide series of sensitive subjects including the dismal reach of healthcare among Indian masses. His time in journalism also aroused in him a deep interest in the large and rapidly changing field of communication.

How are Digital Startups Booming in the Indian Market
Customer-centricity and technology-driven innovation drive digital transformation in retail
Sustainable Funeral Practices in India: A Positive Trend
The Skill Sets Required to Become an AI Expert
Access to Healthcare a Distant Dream for Most Indian Women
Indian HR Managers Rely on a Data-Driven Evaluation of English-Language Skills for a More Productive Workforce
CONTACT US