Home /EXPERTS' OPINION/Barriers Faced by Women Entrepreneurs in the Industry

Barriers Faced by Women Entrepreneurs in the Industry 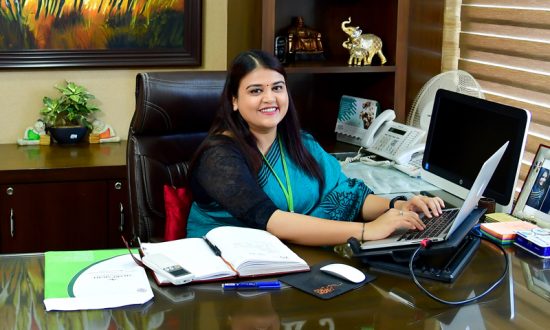 With a strong acumen and an eye for operational excellence in addition to revenue and profitability focus, Deepshikha has paved her way to success from a humble beginning of a career with Tata as a sales executive in the year 2001. Driven with the purpose of creating an organisation which can provide joys of vision to enhance the quality of life of people. Deepshikha is currently serving as the CEO of Sharp Sight Eye Hospitals in addition to her being a part of the Board of Directors. She served as the Chief Operating Officer prior to becoming the CEO of Sharp Sight Eye Hospitals.

Entrepreneurs around the world are directly responsible for a flourished economy and continuous development of a country, primarily because of their mass-production of employment opportunities round the year. But there are exacerbated barriers for the female entrepreneurs because of their gender in the same industry as compared to their counterparts on multiple fronts. Experiences & perceptions of female entrepreneurs has been reviewed from time to time on faces related to personal demeanours, business statistics and support systems. Women have been contending with structural, socio-cultural, economic, personal, political & legal barriers whenever they have contemplated of stepping into crafts that are largely male dominated. Although most parts in the world states women and men have equal rights and similar prerogatives for engaging in any career front in the society, yet the reality is a contrary for female aspirants.

The rise of women entrepreneurs is called one of the most significant economic and social developments in the world. Studies from last few years says the number of firms created and managed by women have grown faster than those headed by men. Both female and male entrepreneurs play a significant role in creating wealth and jobs but for a matter of fact a growing number of companies are being led by women. More and more women are breaking away from the norms that for so long were kept in the shadows of their male counterparts.

Research say, women are leaving large corporations in an attempt to escape corporate politics, sexist attitudes and a rough work environment, to start business of their own. Female entrepreneurs often meet with obstacles like access to financial resources, lack of support, negative socio-cultural attitudes, sex discrimination or gender biasness. They suffer from low credibility when dealing with stakeholders such as their suppliers. They are often not taken seriously in their capacity as entrepreneurs and has their efficiency in the radar of doubts and ineffectiveness. Women for the longest time have been subjected to not possess the basic life skills, essential to have in business ownership such as self-confidence, assertiveness, self-reliant, reliability and communication skills, mentorship skills, marketing & overall holistic management preparation required to run an organisation.

Existing system and theories for a dominant range of work profiles have been developed for men, by men, and about men. Policies are analysed and implemented keeping experiences and actions of male entrepreneurs extensively in mind. On the other hand, female entrepreneurs are judged on parameters basing on pertinent factors labelled for them since generations, for instance domestic responsibilities. These socio-cultural barriers and prejudices keep females from contributing to economic production as they may desire. For mostly, females have been forced to adapt to the values and structures which are being categorised by males perceiving to be norms.

Areas of motivation to starting a business of our own needs for independence or liberty, a need for fulfilment, thrive for job contentment, and flexible environment. Where men may be motivated just by a desire to be an entrepreneur or not work for else, women make a decision to be an entrepreneur to have the liberty of balancing work and managing family. While men tend to be driven by the idea of controlling their own destinies, women simply wants to put their knowledge and skills to use, and desires nothing but personal growth. While women start off businesses from a challenge to earn respect & recognition, men are guided by purpose based on individuality & efficiency.

Also at times, with the negativity around in a female driven organisation, female entrepreneurs have reported to have a lack of self-confidence in their own entrepreneurial capabilities which may be attributable to a relatively negative self-perception among the fraternity. For most part, women are believed not be positive enough, not demanding power, lacking the required confidence, not aspiring for hierarchies at work, & not taking heartily to work the system. A female entrepreneurs barriers are assumed to more systemic, unapologetically deep-rooted in the structure of living norms, the norms of the society coinciding with vivid socialisation patterns classifying men & women into different work domains and separate pay & status.

As far as other barriers are concerned, women emphasises social values and qualitative measures of achievement and success such as personal fulfilment and strong interpersonal relations which often comes in their way of business expansions & growth, as compared to men who stresses on economic values and measures such as status & wealth unlike women. Women more likely chooses less aggressive economic goals in comparison to male entrepreneurs whose primary focus is to reap increasing returns, which again comes in their way to attain higher success. Gender-based differences often limit to access of opportunities and power accorded to men and women. Women are denied equal access to chances in organisations and show up in different means as hindrances to acquiring the necessary skills to compete at the same level as that of her counterpart. These differences unfortunately triggers the way men and women shape & construct their entrepreneurial abilities and interpret the living reality to influencing the formation of their merit & purpose.

Also relationships in our society are designed hierarchically, women being subordinate to men, having less power, or enough opportunities, relations between men & women within the family, at workplace or in public; reviews society’s attitude towards both the sexes, and identifies that women majorly lacks independence and receive little to no encouragement to pursue leadership positions.

Technologies for Cardiovascular Disease: A 2023 Appraisal
Seeing Strategically
10 Recommendations On How To Negotiate Outsourcing IT Contracts
Shopping in the Age of ChatGPT: How the New AI Rage is Revolutionizing Retail Experiences and Consumer Goods Manufacturing
Distributed Teams are here to stay as Companies adapt to Hybrid Workforce
The Importance of Data Security for Healthcare Life Sciences Enterprises
CONTACT US