Blockchain Technology Transforming And Reshaping The Future Of Businesses In India 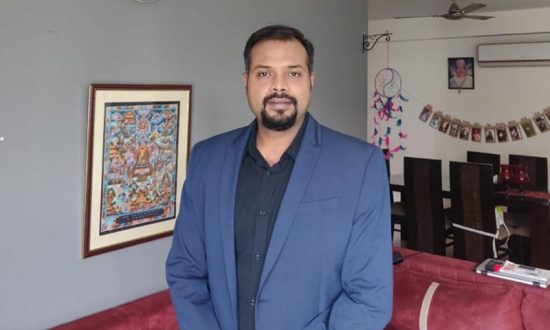 As a seasoned entrepreneur and technology enthusiast, Nikhil Goyal has worked on several important projects throughout his professional journey including manufacturing projects in Bhutan before starting his blockchain venture under the banner of Beyond Imagination. His fascination with blockchain technology and passion to tap into its endless possibilities have been at the centre of his work ethic at Beyond Imagination. Nikhil founded Beyond Imagination to solve real-world issues with exciting and creative solutions. And in a short span of time, he along with his team of high-achievers have managed to build a blockchain-powered enterprise that is not only offering innovative solutions but is actually solving the pain points of businesses across the country.

The world around us is always changing, evolving, and challenging the status quotient. Powerful trends create and remodel lifestyles, push new technology, and alter business and human behaviour from a ‘future is now’ perspective. It’s critical for businesses to stay on top of these changes and respond appropriately.

The Internet has transformed many sectors of business and society in the last two decades, making individuals and organisations more productive. The fundamental mechanics of how people and organisations conduct business with one another, however, have not been updated for the 21st century. Blockchain has the potential to bring the transparency and efficiency that we have come to expect from the Internet Era to those processes.

Blockchain is the foundation of the digital economy.

In today’s competitive world, digital transformation is becoming increasingly important to keep many firms alive, yet catching up is getting increasingly challenging in many cases. Ironically, the industries that stand to benefit the most from embracing blockchain technology today may believe they are still years away from even exploring how it may be integrated into their strategic business networks. Companies that succumb to the forces of digital transformation can use blockchain as an extension of their current business to increase revenue and strengthen longevity and trust with today’s younger customers, ensuring their place and importance in the nascent digital economy today and in the long run.

For example, the legal industry, which has historically relied on massive amounts of data in the form of paperwork, may greatly benefit from widespread use of “smart contracts,” agreements that can automatically activate actions based on particular conditions. A smart contract might, for example, require a driver to be regular on their automobile payments in order to start the vehicle. Smart contracts, like other blockchain solutions, may substantially cut transaction costs while also providing superior security over older methods.

Blockchain technology can be used to secure digital assets, such as medical records, in the healthcare business, which is also perceived to be on the digitalization route. It can also speed up claim processing and make it easier for patients to share information with other providers while preserving control.

Blockchain has the ability to eliminate or drastically reduce transaction costs in the media and entertainment industries. A news website, for example, could use blockchain to charge subscribers per piece rather than per month. These kinds of low-cost micro-transactions can be processed on a blockchain without the costs that current payment platforms charge. A blockchain ledger could be used to secure intellectual property such as music and film, allowing for the enforcement of usage rights and the reduction of digital piracy.

With constant access to information and alternative financial solutions, the internet has generated one of the most educated generations in history, capturing significant market share from more traditional financial institutions. Gaining millennial’ trust and allegiance is becoming increasingly difficult since growing competition has made it tough for many legacy businesses to differentiate themselves only on the basis of pricing or offers. Executives are acutely aware that the tides are moving, and early adoption of blockchain technology may be the answer to averting the dying of industries entirely.

Blockchain is gaining traction in India, particularly in the banking, insurance, and card industries. Players in most of these industries are coming together to establish a consortium in order to reap the benefits of Blockchain on a larger scale. Some company conglomerates, on the other hand, have expressed an interest in using Blockchain to improve their business processes across their subsidiaries and business partners.

Blockchain technology and Web 3.0 innovations will propel the digital asset economy’s value from $5 billion in 2021 to $262 billion over an 11-year period, according to a report by digital asset exchange Cross Tower and the US-India Strategic Par Partnership Forum, resulting in a $1.1 trillion contribution to India’s GDP. The impact of blockchain technology is enormous! Blockchain has tremendous growth potential for India, especially because its implementation necessitates software developers, financial experts, and legal expertise, all of which create job opportunities. The functionality of B2B, G2C, G2G, and B2G services related to diverse application fields will be revolutionised by blockchain technology.

The materialisation of blockchain technology also holds potential for the government in terms of transparency and accountability, as well as providing citizens with frictionless transactions.

The current state of blockchain can be compared to that of the Internet in the early 1990s. While the ‘Internet of Information’ has altered our society over the last two decades, we are now entering a phase where Blockchain might do the same by ushering in a new paradigm that includes the ‘Internet of Trust and ‘Internet of Value.’ The financial services industry could be among the first to be affected by the widespread adoption of Blockchain and related Distributed Ledger Technologies. The magnitude of this influence will be determined by how quickly industry participants capitalise on this technology and the type of support it receives from a broader set of stakeholders.

We Need to Stop Our Robotic Skepticism
How Women in Real Estate Can Overcome Challenges and Thrive
How AI is Set to Transform the Workplace
Why Leveraging Data in the Digital Age is Crucial to Business Success
How Innovation Can Lead Management Institutes To Success
How New-Age Courses Are Decoding The Domain, Bridging The Talent Gap & Providing An Opportunity To Look Beyond Success
CONTACT US