Home /EXPERTS' OPINION/Boost Your Mental Performance on the Ground

Boost Your Mental Performance on the Ground 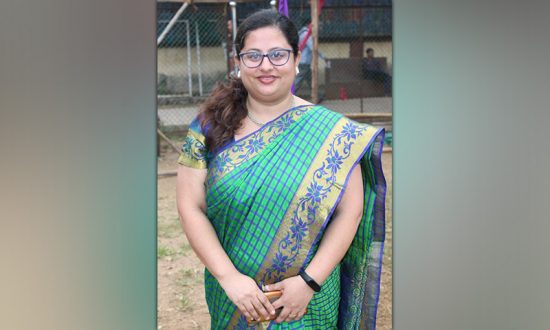 Amruta Deshmukh is an active sports psychologist helping athletes rehabilitate and achieve their goals. Amruta has worked with various amateur and professional athletes to improve their mental and physical health. She assists athletes in all the sports disciplines and strives to prepare them mentally for different competitions.

Sports players are considered as fit individuals who showcase their strength, endurance and flexibility to flex their bodies through tough circumstances and pull through their sports performance. They train day in and out to have command over their body and techniques. Every sport has its own demands and likewise, a training schedule is devised by their coaches and followed by players and their parents for optimal performance. Long ago it was identified that despite best body and technique, something was stopping the players to achieve their best. On deeper investigation, it was found that the MIND had a role to play in performance which was never understood. With time coaches, parents and players recognized this gap and started understanding the need for mental training in their competitive preparation.

Despite this increased awareness, the taboo of visiting a mental health professional was a huge barrier to adopting a positive and progressive change. Over years sport psychology (an area of specialization that uses psychological interventions in sport set up) has found its space and parents, coaches and players are reaching out to professionals for performance enhancement.

Questions are raised on “How can I take my performance to next level, why don’t I perform the same in competition as I do in practice, why do I succumb to pressure, why do I make silly mistakes at critical moments in the competitions and why do I choke??

Winning is still the biggest motivator for everyone involved in competitive sports. Despite an emphasis on participation and excellence, achieving success and avoiding failures takes centre stage for one and all. Whether one is playing an individual sport or a team sport, chief coach to subordinate coaches and sport science experts along with player’s parents make a crucial part of the team which together influences the course of action for years along.

Management of sports players involves binding the entire team strongly and keeping them on the same page is quite important. In this competitive world, with increased exposure to international competitive events and leagues as well as advances in support from corporate as well as government sectors, the pressure to perform has become humongous on the sporting fraternity. With time, the sport has moved from mere joy, a sense of satisfaction to pride, and professionalism. The demand to perform is so strong that it comes with the tag of “Success at any cost”. But do we really need Success at the cost of one’s life? Mental health when disturbed affects one’s ability to recognize the self-potential gets bogged down by stress and being affected to contribute to society in general. A super talent wasted due to lack of intervention at the right time which could recover these challenges and bounce back to rediscover ones oneself and live life like never before would in a true sense stand the spirit of sport.

It becomes essential to learn the mind-body connection and mental toughness to become resilient in testing moments of matches.

There is a surprising observation that initially the player would come for help to uplift their performance and reach peak performance and eventually succeed to win laurels. Now they are showing clinical signs of mental health issues at a young age and also at an alarming rate. It’s scientifically proven that exercise promotes positive mental health but this observation was completely contrasting. No doubt with increasing competition, competitive stress, the pressure of expectations, financial crisis, logistic issues and infrastructural concerns the challenges to perform best were not just vested in talent but in many things beyond one’s control. The increasing stress and the competitive instinct both being at the peak have led to personality as well as behaviour challenges for the players as well as their parents and coaches.

Anxiety, depression, personality disorder, mood disorders, panic, PTSD, eating disorders, as well as more serious mental health issues, are coming to the surface in population as young as age 10. The peak years of sports performance and the onset of multiple mental health issues coincide and thus, this fact of understanding the underlying issues which need attention and yet are simply side-lined. While the mind of a player is most important, even the mind-set of their coaches and the parents are equally important. It is essential to create a holistic approach in bringing a change in their perspectives towards winning and success. Lack of time, lack of resources, myths that it is only for elite players have very much been wiped-out; the need of the hour is mental toughness training for all, before playing the final match.

The physical fitness of a sports player is looked upon as a crucial topic of interest to help the body train, recover and perform at its best but what about mental health and fitness? Often physical injuries are attended and rehabilitation of players is sought professional help but what about the mental health status, psychological injuries and its rehabilitation?? Just because mental health issues cannot be seen, they are not addressed with the same intensity as a physical health concern. Lack of time, lack of resources, whom to get help from and for how long are some of the barriers to getting help. Also, the societal taboo of being labelled as mental or mad leaves such a strong impact that one refrains from getting help despite the available resources.

Technologies for Cardiovascular Disease: A 2023 Appraisal
Seeing Strategically
10 Recommendations On How To Negotiate Outsourcing IT Contracts
Shopping in the Age of ChatGPT: How the New AI Rage is Revolutionizing Retail Experiences and Consumer Goods Manufacturing
Importance of Location Intelligence in the Post-Pandemic World
Beyond Monetary Compensation: 5 Things Business Leaders Must Do to Keep Employees Motivated
CONTACT US