Changing Demographics of Breast Cancer in India and its Challenges 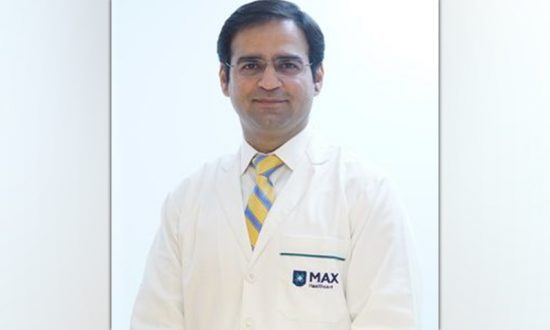 Dr Bhuvan Chugh is a Medical Oncologist with rich experience in treatment of solid organ cancers such breast, lung, gastro intestinal, gynae and genitourinary cancers and haematological malignancies such as lymphomas and myelomas. After completing DNB super-speciality in Medical Oncology at Medanta, he joined there as a faculty member and was part of the same for last 3 years. At present, he is leading the charge of Max Institute of Cancer Care at Max Gurgaon. Have co-authored many chapters, papers & abstracts in various national and international journals and conferences.

In these rapidly evolving times, the way we fall sick is also changing. Non communicable diseases such as cancer and heart diseases account for the majority of the burden of illness. Cancer itself accounts for close to 10% of all deaths now. Among women, breast cancer is the most common cancer and accounts for almost 30% of the entire cancer burden. There is 1 woman diagnosed with breast cancer every 4 minutes and one dying from it every 13 minutes.
However, not only the incidence but also the demographics are changing. There has been a gradual shift in the patient base over the last 25 years. Breast cancer occurred most commonly in women aged more than 50 years in 80-90s, now 50% of the patients aged between 25-50 years. The reasons are varied and imprecise. They could be faulty genes inherited from parents, or history of breast or ovarian cancers in the close family. It is usually seen in women who have had early menstruation (ages before 11 or 12) or have menopause after the age of 55 years (it is related to the prolonged exposure to estrogen and progesterone). Certain lifestyle choices also have a bearing on the risk of developing breast cancer in young women such as late or no pregnancy, limited or lower amount of physical activity & increasing obesity and smoking. Excessive alcohol consumption and oral contraceptives also have debatable association with increased risk of breast cancer in younger women.
In general, due to lack of awareness among Indian women breast cancer is usually diagnosed at advanced stages as compared to western countries. Up to 50% patients are diagnosed with stage 3 and 4 cancer which is also reflected in poor overall survival. This problem is further confounded in younger women due to multiple reasons. Younger women have dense breasts which makes it difficult to feel a lump. Also as paradoxical as it may sound many younger women tend to ignore the warning signs including breast lump or nipple discharge as they feel they are too young to have breast cancer. They assume the lump as a harmless cyst or growth.
Also, younger women tend to have breast cancers which are aggressive and respond poorly to therapy. The problem tends to get further amplified with lack of routine screening programs in the younger population as mammography tends to be less sensitive due to dense breast tissue in women <40 years of age. The available options for evaluation of a suspicious lump in a younger woman include ultrasound or contrast MRI breast, the expertise and resources for which are sparse and limited, thus making the diagnostic process long, tedious and inaccurate.
A Concern for Young women!
Even after the cancer is diagnosed the treatment of cancer in younger women is further compounded with issues which are rarely a concern in older women. A few of these arise from the patriarchal bent of Indian society and a few as a result of the treatment of cancer. A prime and a rather genuine concern among parents and guardians is future prospects of marriage in unmarried patients. Another concern is the risk of infertility among the females who are unmarried or who have still not completed their family.
Pregnancy associated breast cancer is another concern in younger women and is also a challenge medically. The health of the mother and as well as of the foetus is a matter of concern. Younger women with breast cancer are more active socially and the dynamics of their household differ from older women. They may have younger kids to take care of. In each of us there is a certain bit of conceit and vanity and radical surgery may lead to body image issues, which may also have a negative impact on the matrimony. Then there are financial and emotional implications of the disease and its treatment.
Breast cancer in young is developing as a separate field of interest among cancer care providers for it presents its own set of challenges and solutions required. All the above mentioned concerns are routine and no amount of effort is going to be too much. There is work required at each level including spreading awareness, diagnosis & management and dealing with its psychosocial impact.
Why do we have more advanced cancers?
The grades and stages of breast cancer in Indian patients are higher as compared to other countries. Even among the literate population who resort to curative rates and opt for alternative treatment options. Many misconceptions and lack of awareness regarding chemotherapy or mastectomy surgeries keep them away from getting treatment on time and they opt for alternative medicines. Initially such treatments are luring for the patients but as the cancer grows and are beyond their control, patients opt for allopathic treatment. Such conditions prevent them from getting timely treatment.
There are two main types of breast cancer surgeries –
1. Breast Conserving Surgery – where the surgery is performed to only remove the cancerous lump called tumor. Depending on the type, size and amount of tumor, the surgery ranges from lumpectomy (removal of tumor with little surrounding tissues) or partial mastectomy. With post-surgery radiotherapy it is as successful as total mastectomy in treating early-stage breast cancer.
2. Mastectomy – surgery where the whole breast is surgically removed. With advancement in science and technology, a mastectomy can be followed by reconstructive surgery to recreate a bulge to replace the removed portion of breast. Reconstruction can be carried out at the same time as a mastectomy (immediate reconstruction), or it can be carried out later (delayed reconstruction). It can be done either by inserting a breast implant or by using tissue from another part of your body to create a new breast.
Awareness should be created among masses to promote breast cancer screening. It will help detect cancers at early stages which in turn makes cure possible with minimum possible treatment. In metastatic or advanced stages of cancer, complete cure is difficult and the treatment is aimed at controlling the further spread of the disease and aims to achieve remission (where the tumor shrinks or disappears).

The Benefits of Artificial Intelligence for your Business
What’s Your Value in 2023?
Transforming the Executive Search Industry & Making an Impact
Bring the Zing – 5 Keys to Powerful Presentations, Briefings, and Meetings
5 New Rules to Help You Build the Right Support Framework for Improving Employee Engagement and Retention
The Missing Piece in Indian Healthcare: Structured Health Care Data
CONTACT US