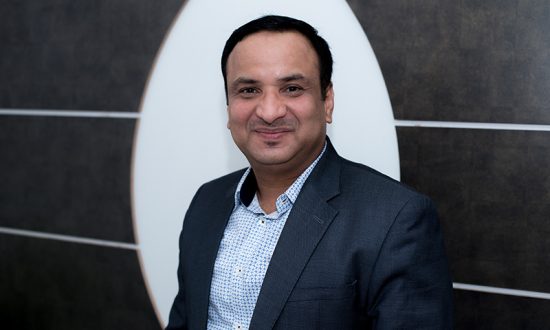 Rajesh Gupta, Founder of Nupur Recyclers has a vast experience of over 25 years in the Business & Financial Market. His knowledge and expertise have helped the organization to build new growth horizons. His vision has enhanced the diverse services provided by the company and has enriched our clientele. Rajesh Gupta is B. Com (Hons) from Delhi University. Recognized for his top-notch knowledge and noteworthy ability, he is playing an important role in company management by organizing the unorganized metal recycling industry. His professional familiarity has helped the organization to establish new horizons, apart from enlarging the service range. Besides, his honest vision has helped us in mounting the clientele.

The year 2021 has seen a plethora of movements in the electric vehicle (EV) sector with several large-scale partnerships. From new non-traditional auto players to state policies and subsidies and new product launches, several EV players have ramped up their production lines to handle the anticipated volumes in 2022 at OEM, battery, and component levels. Industry leaders and start-ups have announced their future plans, and 2022 will be the year to witness the execution of these plans on a massive scale.

The future of mobility is at a critical point of inflection. Every time oil prices spike or climate change is debated and discussed, Electric Vehicles (EVs) are inevitably mentioned as a part of the solution. Electric vehicles (EVs) are revolutionizing the world of road transport. The global EV market grew 43% annually on average over the last five years, and the worldwide automobile market penetration rate of EVs stood at about 2.6% in 2019. This is expected to explode during this decade.

India’s vision to become a global leader in the EV revolution is becoming a reality. The outlook for electric vehicles (EVs) remains very promising thanks to the rapid pace of innovation. The new technology of smart charging has already accelerated EV adoption across the world in the past few years. Electric vehicles are slowly starting to catch on in the Indian market, though choices in the four-wheeler space are still limited.

On July 6, 2021, as many as 350 new EV charging stations have been installed and were functional across the country under the FAME II (Faster Adoption and Manufacturing of Hybrid and EV) scheme. Government Now aims to make 30% of private cars, 70% of commercial vehicles, 40% of buses and 80% of two and three-wheelers go electric by the end of the decade. Given a central estimate of 5% penetration of EV total vehicle parc by 2030, the market could require about 120,000 to 235,000 fast-charge points or about 30,000 to 60,000 charging locations.

In the next decade, the number of electric vehicles (EVs) on our roads will likely rise substantially, and it is believed that readily accessible charging near one’s home (or one’s workplace) will be a key to supporting EV growth. Automobile culture, today is supported by a large number of fuelling pumps, this network balances the competing demands of low cost and efficiency, locational convenience, and capacity utilization. The result is that most motorists in most situations can easily find a competitively priced fuelling station and not wait in line for an open pump. Similar dynamics are expected to shape the emerging network of EV charging stations.

On the economic front, large-scale adoption of electric vehicles is projected to help save $60 billion on oil imports by 2030, currently, 82% of India’s oil demand is fulfilled by imports. Secure and reliable charging infrastructure will support the migration to e-cars. The current trajectory of adding more cars running on expensive imported fuel and cluttering up already overcrowded cities suffering from infrastructure bottlenecks and intense air pollution is unfeasible. The country needs a transportation revolution and EV is the revolution for next the decade.

Technologies for Cardiovascular Disease: A 2023 Appraisal
Seeing Strategically
10 Recommendations On How To Negotiate Outsourcing IT Contracts
Shopping in the Age of ChatGPT: How the New AI Rage is Revolutionizing Retail Experiences and Consumer Goods Manufacturing
How India’s Start-ups Can Empower Themselves in 2022
Edtech and the Problem of Plenty
CONTACT US