Home /EXPERTS' OPINION/China and the Double-Negative of Forex Manipulation

China and the Double-Negative of Forex Manipulation 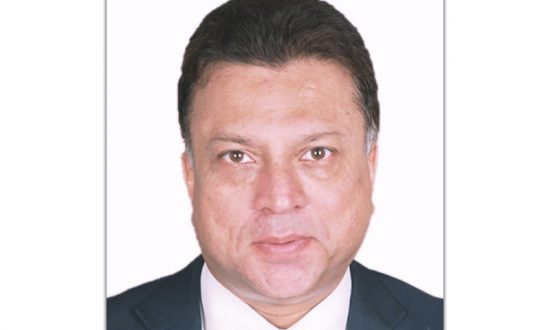 Dr (Prof) Sandeep S Parmar is an international expert in management education and an industry expert with 30 years experience across international markets in USA, Europe, MidEast and Asia with multi-cultural skillsets. He has experience in Outcome Based Education both in India (NBA and NAAC) and internationally (QS-EQUIS). He has stellar experience in the management, banking and financial services (BIFS) industry in Wall Street, New York and has held BOD positions as Director, President, CFO, CIO and Managing Director in India and in USA.

China is a major power but its shenanigans do not give the world any confidence. It did not give confidence in 2017 and certainly does not give confidence now post Covid 19 in 2021. Every nation’s Central bank seeks stability and less volatility, except the Chinese. What do you do with a Chinese Central Bank which has long said that it wants to make the yuan more volatile and less predictable?? This is inverse of the principle on which all other Central Banks of the world function.

Should the world see this as typical Chinese cultural traits of dissembling and prevarication. The problem is that the Chinese work their economic strategy around what I call the “Double Negative”. The Chinese do not really want volatility; they just say so to throw you off and confuse you. It is a Chinese cultural trait to try to do the opposite of what others are expecting them to do.

The Chinese stamp was obvious in the rise of the yuan in 2017. First a liquidity crunch was created in HongKong. The Chinese Central Bank watched gleefully while the crunch deepened; no support was offered. Instead, I suspect, the yuan was further strengthened as an ego measure against HongKong. Is this to punish Hongkong for democracy agitations? With about US $ 3 Trillion in its treasury, the Chinese Central Bank can play these destructive games but it is not a good idea to do so.

As the political situation eased in HongKong, the yuan fell against the dollar. But it did do so only after the Chinese Central Bank released it from its tight stranglehold. But fall it did as the Chinese political-military-industrial elite works more on ego and dissembling than on practical economic principles.

If China can bleed HongKong, can you imagine what they may do with monetary policy shocks to countries they wish to threaten?? With US $ 3 Trillion in its armoury, the Chinese Central Bank may be well-equipped to do exactly so in the near future, especially in the Indo- Pacific and the South China Sea.

Post Covid 19, the issue of monetary shocks becomes more relevant as another tool in the Chinese strategy for war. While on Chinese biological weapons and Covid 19 the jury is still out, the issue of Chinese monetary shocks as an instrument of asymmetric financial warfare cannot be doubted. Are similar strategies being planned for HongKong and Taiwan to destabilize their economies through financial attacks??

Of course, financial currency warfare is independent of Chinese aggressive strategy of covert hacking and cyberattacks. These cyberattacks are on military and industrial complexes to weaken economies of enemy countries. India went through a related hacking of its national electicity power grid putting its financial capital without electricity. India has not pointed any fingers at China but these sophisticated cyberattacks are difficult to prove as they originate on foreign soil and are often state-sponsored.

Is the “double negative” of Forex Manipulation going to be the wave of the future in the Indo Pacific and the South China Sea?? The USA has recently indicted Russia for cyberattacks against strategic US assets and imposed crippling economic sanctions on Russia. A strategic financial attack to cripple enemy currencies, can they be far behind in the Indo-Pacific and the South China Sea.

Technologies for Cardiovascular Disease: A 2023 Appraisal
Seeing Strategically
10 Recommendations On How To Negotiate Outsourcing IT Contracts
Shopping in the Age of ChatGPT: How the New AI Rage is Revolutionizing Retail Experiences and Consumer Goods Manufacturing
How is the Agritech Industry Operating its Functions in this Pandemic?
Why has the Demand for Food Processing Equipment Increased Significantly in Developing Economies?
CONTACT US