CROOW: A Startup Journey to Showtime at Venture Atlanta 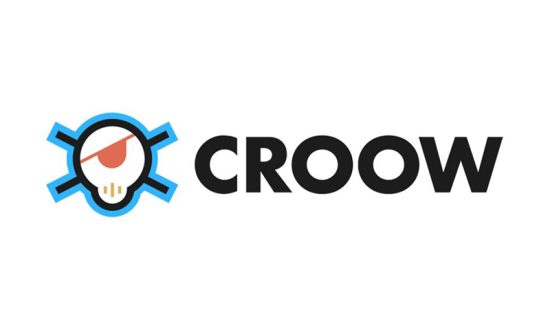 Venture Atlanta has become the predominant venture conference for startup tech companies based in the Southeast since it began in 2007. Originally welcoming some 200 attendees and 20 investment funds, the conference now welcomes 1200 attendees and more than 300 investment funds. In that time, VA has helped its featured companies raise over $6.5 billion in funding and has featured successful companies such as Kabbage, ParkMobile, and SalesLoft.

CROOW, the Tampa Bay-based video production technology startup, was named one of the feature companies at Venture Atlanta FORWARD 2022 CROOW as a Showcase Company.  It’s been quite a journey to this recognition as one of the top 50 startups in the Southeast.

The company was founded in 2019 as a two-person team building a project management software tool for digital agencies. Coming from the digital agency world, CEO David Capece and Lead Developer Aaron Lipkin wanted to create a tool that could be leveraged to help work get done in a more streamlined and organized manner within the creative world. While working at an agency together, they developed the idea to build a platform that would improve workflow at agencies.

Once the software was developed and tested, CROOW began to craft a go-to market strategy focused on agencies in 2020. However, the company quickly recognized that in the creative and digital markets, it would be difficult to supplant established project management softwares that were already in use at agencies.

A key early pivot occurred later in 2021 when CROOW shifted focusing on building the software for video, eventually coming to market as CROOW Studi in September 2021. Much like the original project management software that the company developed, CROOW Studio was built with digital agencies in mind to help them scale their video production quickly. CROOW Studio proved to be a hit and the business progressed to its post-revenue phase, in which it began to focus on growth and scale. In order to accelerate this phase of the growth process, the company raised a Seed Round of $400,000 in June, 2022, bringing total funding to $1 million. With the seed round completed, the company brought on additional team members and already surpassed its foundational goals for 2022 early in Q4, marking a positive growth year for CROOW.

In Q4 2022, CROOW put an exclamation point on the year with the release of its new SAAS platform, CROOWpm. CROOWpm is built to be a resource for video production teams, merging the popular CROOW Studio platform with project management workflows, allowing teams to produce video content more efficiently and at a larger scale. CROOW’s venture into the SAAS space marks a significant inflection point for the company and signifies that the company can expect to continue its growth into 2023.

This positive year of growth has seen CROOW expand into new markets, release new products, and notch several significant achievements for a company still in its early stages, the most prestigious of which is the acceptance to the Venture Atlanta Showcase. The opportunity to present at Venture Atlanta represents the company’s growing presence, not just in its home area of Tampa Bay, but all throughout Florida and the entire Southeast United States.