Cryptocurrency in a Global Perspective 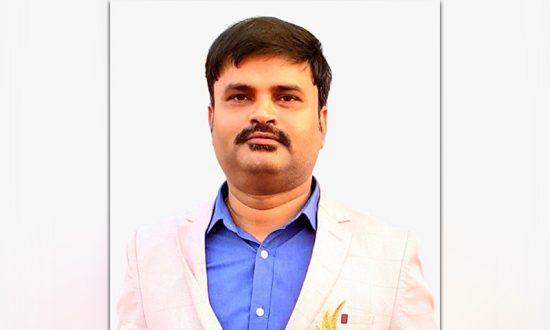 Prabhat Sinha is Co-founder & Managing Partner of Global IT MNC Intelligenz IT. He is an Amazon Bestseller Author, Entrepreneur, and International Speaker. By education, Prabhat holds MBA & LLB degrees from prestigious universities. Prabhat is an active columnist and writes on issues related to IT, Commerce, Entrepreneurship, International Business, Innovation & Productivity.

Although El Salvador is a small country of Central America on the banks of the Pacific Ocean, the government is in the news for declaring Bitcoin as a legitimate currency. El Salvador’s President Naib Bukele considers the move very important from an economic point of view. Its direct profit will be due to the abolition of exchange charges in U.S. dollars, and 70 percent of citizens who do not have a bank account will transact easily. President Bukele plans to make El Salvador the main crypto economy, for which he has also made several lucrative proposals. Being a small and developing country, the economy of El Salvador is likely to be positively impacted by bitcoin becoming a legitimate currency. However, developed countries are apprehensive about the misuse of Bitcoin with the move.

China has been hostile over cryptocurrencies from the beginning, with the People’s Bank of China banning crypto transactions in all banks in 2013. Payment gateways that transacted crypto were also banned four years later, in 2017. Crypto mining was also prohibited in June this year before a complete ban on crypto was imposed on September 24, 2021. China alone accounted for about 75 percent of bitcoin’s total mining in 2019, down to 41 percent just before it was banned in 2021. China was considered a mainstay for crypto mining, and a large group was relying on crypto mining as their profession, which will no longer be possible. Although China has also cited the power consumption required for mining as one of the reasons for the ban of cryptocurrency, according to experts, China does not want any rival for the regulated, controlled, and balanced centralized digital currency yuan. It also wants to avoid hassles created after regulating cryptocurrencies.

The U.S. stance has been positive about cryptocurrency. Many government agencies are working to prevent illegal transactions. The U.S. The Treasury Department has defined Bitcoin as a Money Services Business (MSB) and has clarified that it is not a currency. Under the Bank Secrecy Act, the crypto exchange has to discharge responsibilities such as reporting, registration, and record-keeping. Most big businesses like Microsoft, McDonald’s, Subway welcome transactions in Bitcoin. In recent developments, the acceptance of bitcoin for the sale and purchase of derivatives is another milestone in accepting Bitcoin. Hence, the number of bitcoin users in the U.S. has grown exponentially.

The European Court of Justice (ECJ), in its October 2015 judgment, defined buying and selling digital currencies as the supply of services and exempting cryptocurrencies, transactions from value-added tax (VAT) in all Eu member states. Finland and Belgium have exempted cryptocurrencies from the tax net. Cryptocurrency transactions are also considered valid in Germany, but it falls under the tax category. The tax is determined according to the type of consumer and income. Bulgaria’s National Revenue Agency has also included cryptocurrencies in its existing tax laws.

Cryptocurrency transactions are also considered under money services business (MSB) in Canada on the lines of the U.S., and income from it is taxed as business income. In addition, Canada’s Financial Transactions and Reports Analysis Center (FTRAC) follows the necessary rules from all Crypto Exchanges, including reports of suspicious transactions and record-keeping of transactions. The United Kingdom’s stance is also in support of cryptocurrencies. The cryptocurrency here falls under specific tax rules, as well as the Financial Conduct Authority supporting regulators suitable for digital (FCA) currency. In Canada and the U.K., Bitcoin is used for transactions in most businesses.

Regulation of cryptocurrency was under consideration of the Parliamentary committee of finance, headed by former minister of state Mr. Jayant Sinha. Mr. Sinha recently stated that he will welcome cryptocurrency regulations that will allow the country to harness the power of modern technology. But the government is apprehensive about the unrestricted use of private cryptocurrencies. India is an enormous country geographically and has active Naxal, separatist, and terror groups inside and outside the country. Hence regulating only legitimate cryptocurrencies with a good prospect would be the key. It will also protect the hard-earned money of Indian investors. Japan has also banned private cryptocurrencies that are not willing to share required information for the country’s sovereignty. Therefore, the Indian government is formulating a policy for cryptocurrency regulation, which favours people and the nation.

Cryptocurrencies are a better mode of transaction for small countries where a robust banking system is yet to be developed, provided they can create the necessary mechanisms to prevent misuse. However, developed nations and countries with large populations must first try to prevent the misuse of cryptocurrencies. All the significant countries of the world must work together to make crypto a better mode of transaction across the globe.

Technologies for Cardiovascular Disease: A 2023 Appraisal
Seeing Strategically
10 Recommendations On How To Negotiate Outsourcing IT Contracts
Shopping in the Age of ChatGPT: How the New AI Rage is Revolutionizing Retail Experiences and Consumer Goods Manufacturing
Pharmacy Retail – Interesting Time Ahead for Pharmacy Retail & Supply Chain
AR, VR will Bring Transformation in Digital Marketing Space in 2022
CONTACT US