Cryptocurrency – The Inevitable Future of Money? 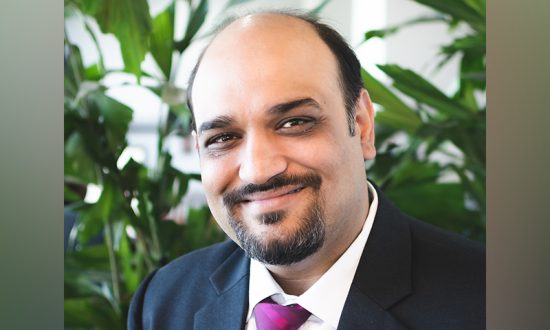 Mohak has over 11 years of experience in the research, advisory, and consulting industry. Mohak works extensively with private equity, insurance and reinsurance firms; family offices; and investment management companies. In his tenure with Aranca, Mohak managed and executed multiple projects focusing on building strategic roadmaps, assessing market feasibility, and commercial due diligence, among others. Mohak completed his master’s in Finance from ICFAI Business School, Mumbai, and holds a bachelor’s degree in Mathematics from Delhi University.

The theory of cryptocurrency can be traced back to the 1980s, where the focus was on developing an untraceable currency that did not require centralized entities. However, the market for cryptocurrencies only started to gain recognition after 2011. Cryptocurrency was becoming the new global currency and its prices started skyrocketing by 2016; this was mainly due to upgrades in bitcoin and introduction of a new blockchain technology, i.e., Ethereum. The emergence of cryptocurrencies led to democratization of money and disruption in the financial services sector. As digitalization broadens to encompass every aspect of our lives, the evolution of currencies has accelerated.

Despite the many similarities between cryptocurrencies and money (traditional fiat currencies), they are very distinct from each other.

Why are cryptocurrencies volatile?

The price volatility of cryptocurrencies could be ascribed to its limited usage and circulation at present. These currencies are being held or used by a small number of people, which imply that any changes made by such a small population have a wider impact on the valuation of the currencies. However, increased adoption would stabilize cryptocurrencies and expedite the replacement of traditional money.

Multiple factors could be considered to stabilize these currencies, especially from a regulatory standpoint. Regulatory acceptance and policy changes could accelerate or delay the inevitable future of cryptocurrencies. These volatile currencies are largely viewed from an investment perspective at present. The buzz surrounding cryptocurrencies can be attributed to retail investors seeking to gain substantial returns in a short time. The price fluctuations of cryptocurrencies provide significant arbitrage opportunities and create inherent demand, making it easier for investors to make huge gains. Additionally, the unregulated marketplace for buying and selling them provides an easy route to make a fortune. However, such an unregulated market also leads to anonymity and encryption of these transactions. This makes it difficult to track illegal and money laundering activities, prompting regulatory bodies to limit or legalize the use of cryptocurrencies.

The adoption is expected to rise in the coming years with multiple global banks, online gaming providers, and online commerce marketplaces accepting bitcoin. For example, players such as Block, Tesla, and PayPal accept cryptocurrencies like bitcoin. However, the inadequate cybersecurity to  safeguard the investors and crypto users restrict adoption. With all the speculations and negativity around cryptocurrencies, several companies worldwide have taken the initiative to bring stability with the launch of stablecoins.

Stablecoin is a cryptocurrency pegged to the value of a fiat currency, commodity, or financial instrument. Over 100 stablecoins are currently listed on the market, with some of the popular ones being:

Coins pegged to US dollar

The stablecoin, which closely tracks fiat currencies, is designed to eliminate potential volatility, accelerating the shift from an investment-oriented product to an effective mode of payment.

Cryptocurrencies have come a long way but still need to cover many miles to become mainstream. Use cases of currencies are encouraging, but they continue to be plagued by regulatory bans, scams, and losses due to cybersecurity lapses. Nonetheless, steps taken to stabilize the market and prevent unlawful activities are expected to drive adoption in the long term. Investor confidence, though dampened by the recent crypto crash, plays a key role in defining the future of the crypto market. This market comprises two classes of investors: those that believe the crash could make all their crypto holdings worthless and those that would continue to invest and believe in the transformational and disruptive capabilities of cryptocurrencies to become mainstream. What type of investor sentiment will prevail? That is something we will answer in the time to come. Cryptocurrency’s future is as encrypted as its transactions, with advocators eyeing limitless potential and critics viewing the crypto market as highly risky.