Home /EXPERTS' OPINION/Digital Assets: The Past, Present and the Future

Digital Assets: The Past, Present and the Future 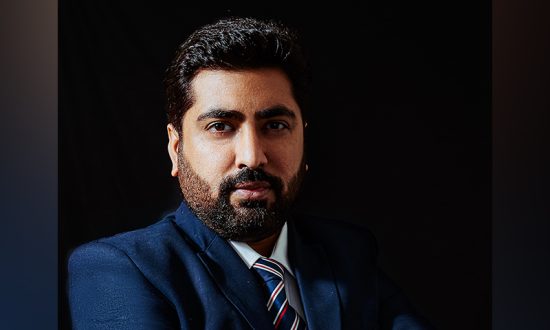 Anshul Dhir’s experience as a serial entrepreneur and an early stage investor spans over 16 years, dedicated to building companies across web 3.0 & blockchain, financial markets, real estate, alternative Investments, fintech & technology, Internet & Media. A Gold Medalist from India’s prestigious B-school XLRI Jamshedpur, Anshul is also certified in Bitcoin and Cryptocurrency technologies from Princeton University. Recently, he was inducted in the prestigious list of Entrepreneur 35 under 35. He is currently the Co-founder & COO of EasyFi Network.

Digital assets are rampantly transforming the mainstream financial ecosystem. In 1998, Nicholas Szabo, a computer scientist developed a decentralised digital currency called “bit gold”. The first-ever made cryptocurrency was based on a system distributed ledger, or what we popularly call blockchain technology.

After a decade-long wait, in 2008 a world revolutionizing technology was developed by pseudonymous individual Satoshi Nakamoto, who released a white paper establishing the model for a blockchain. Nakomoto executed the first blockchain using Bitcoin, making 2009 a remarkable year as it opened gates for anyone to transfer values (money) without any intermediary.

It is worth noting that the concept of cryptocurrency comes from two main elements: technology and finance—from payment systems to NFTs, the world of digital assets is more dynamic than ever, all harnessed by the power of blockchain technology.

However, it wasn’t until 2010, that the first real-world commercial Bitcoin transaction was completed. A Bitcoin miner frustrated with a hoarding environment ended up offering up to 10,000 Bitcoins that he ‘mined’ to someone for two pizzas. The taker was an individual based in London, who accepted bitcoin.

Bitcoin along with other cryptocurrencies gained some price spikes and cuts through the way. But, in 2014, the potential of cryptocurrency was being explored by financial institutions. This was a game changing event. LEO Wealth, a financial consultant, bought the first ever Stradivarius violin using bitcoin. The multi-million dollar bitcoin contract was developed and executed in February 2014.

Since the launch of Bitcoin, there are more than 6000 digital coins in circulation. The total crypto market cap has exceeded more than $2 trillion. Notably,  even Apple took over 40 years to establish a market cap of this huge size and has taken crypto merely 13 years. In the past few years, many other coins have come to market, all with various uses and benefits.

Not to forget the year 2017 which became a notable year due to a software upgrade to Bitcoin being approved, with the aim being to support the development of the Lightning Network (a layer-two scaling solution) that enhanced the security and efficiency of the network.

Several other factors have also contributed to the evolution of digital assets. First and foremost, is the adoption of digital assets at the global level. While regulatory challenges continue to haunt the crypto space, however, with more and more countries recognising crypto as a virtual digital class, the adoption is set to only increase. Countries like El Salvador have already accepted bitcoin as their official legal tender in 2021.

One of the most important factors is also the Initial Coin Offerings (ICOs) programs. ICOs altered from mainly direct fundraising, albeit not regulatorily backed, to more restricted fundraising efforts.

Cryptocurrencies have proven to be beyond just a passing trend, they are well entrenched as a legitimate asset class and part of many investment portfolios globally. There is now an even wider range of digital coins and their intended uses, including decentralized finance (DeFi), non-fungible tokens (NFTs), stablecoins, ESG and Carbon Credits.

This shift towards digital assets is representative of a deeper technology shift in the financial system. Notably, the intersection of finance with technology gave birth to the use cases of crypto.

People now understand that blockchain has the potential to change our lives completely. The concept of tokenization had a great impact on the financial world, giving birth to the notion of a decentralised financial system. DeFi disrupted the financial system, it changed the idea of borrowing and lending. An idea that draws inspiration from blockchain allows several entities to hold a copy of a history of transactions, meaning it isn’t controlled by a single, central source.

DeFi was born in 2015, and MakerDAO was the first DeFi app. It allowed anyone with a computer and an Ethereum wallet to mint DAI, the first-ever decentralized stable coin. However, DeFi as an industry was born in 2020 with the advent of yield farming.

Another project that changed the world of DeFi is AAVE. Founded in 2017, the lending Ethereum-based protocol set the standards for many more to come. And in 2018, Uniswap was launched. It is the first Ethereum-based Automated Market Maker (AMM) exchange despite the advent of many others, including Sushiswap, 1inch Network, and others.

Nevertheless, what kicked the DeFi industry into fifth gear is Compound. It started the liquidity farming frenzy in the first quarter of 2020 by providing an additional reward in the form of its governance token COMP.

Financial institutions have been working to expand their investments in digital assets because they have realized they can no longer wait, and Defi is the sole saviour. Institutions are looking for an enhanced level of risk management with focus on regulatory compliance, and want a one-stop shop for trading, safekeeping, collateral management, and lending.

In the decentralized space, there are going to be two broad trends. With the first increasing institutional participation, we see a lot of interest from traditional financial players in accessing yield from DeFi. What’s going to enable that is going to be more permission to pools. And this is going to help bring in regulated capital and allow the volume of the decentralized lending space to grow that much faster. The second element is complementary to this, which is going to be seamless on ramping solutions.

As more and more institutions get comfortable in this digital asset space, the appeal of decentralized lending will become apparent. Our job is to help those institutional asset managers get on-boarded from the fiat world into the digital asset world.

Why Leveraging Data in the Digital Age is Crucial to Business Success
Say Hello to an Emerging Breed of Independent, Resilient Women Entrepreneurs
How Mapping Technology Can Transform The Global Urban Landscape
Five Ways to Foster a Cybersecurity Work Culture
How Students Should Enhance their Management Skills
How Indian Cybersecurity Businesses are Gaining Traction in the World of Cybercrime
CONTACT US