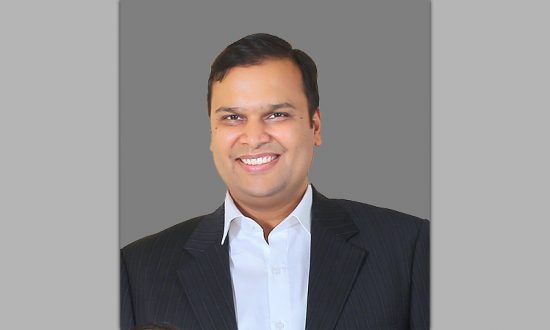 For about 20 years now, Manish Aggarwal has been a prominent face in the Indian FMCG industry. During these years, he has proved himself to be an outstanding business leader, innovator and an out-of-the-box thinker always ready to ‘take on’ new problems. When Mr Aggarwal joined Bikano in 2000, he was rightly taking the family legacy forward. However, during this stint, he has also made his mark as an individual who has had the wherewithal, the resourcefulness and the vision to take the company forward on his own.

If there is one business which has distinctly gained during the unprecedented Covid-19 pandemic, it is e-commerce. And this gain has occurred across product categories and sectors. Building on this advantage, there would be only more traction for e-commerce in the coming year. What will particularly be more noticeable is the entry of a whole lot of new players, both big and small, democratizing the e-retail marketplace. However, this expanded and democratized e-commerce marketplace would co-exist with the physical brick-and-mortar retail spaces. These kirana stores significantly enough would forge partnerships with online delivery services while also digitally upgrading themselves with the help of the latter. Therefore, apart from the regular retail formats, there would be more tie-ups with different brands on e-comm platforms.

The extraordinary growth of e-commerce

In a report, the Indian e-commerce industry has been projected to grow by 40% in 2020 as compared to 23% in 2019. In fact, it has even been reported elsewhere how during the Covid-19 months, a decade of growth has been registered within just a few months this year. And in terms of cross border growth, the country’s e-commerce sector has been ranked 9th globally. Around the festival season in the second half of the year, major players such as Amazon, Flipkart, Myntra, and Snapdeal made sales worth $3.1 billion in the first 4-5 days of the festive season sale. And this growth has not remained confined to metros and big cities. An online player reported that 70% of its orders were received from tier II and III towns during Diwali. Once we have seen the last of Covid-19 which is expected in 2021, these figures would grow to become even more impressive. In fact, the e-commerce penetration in the country is expected to cross 10% in the coming five years from the current 4-5 percent.

While Covid-19 did pose a stupendous challenge to many small players in the early phases, several of those same affected players soon enough turned this adversity into an opportunity by upgrading themselves digitally and even recasting their product portfolios. While staying at home, a new generation of entrepreneurs has emerged now called ‘homepreneurs,’ offering competition to existing players. This will only get bigger and a more competitive retail marketplace including both online and offline will emerge in the coming year.

At the same time, demonstrating massive momentum on the B2B front, several new players as well as existing players reinvented their business processes by forging links with other players and bigger and stable e-commerce businesses. Many new e-commerce start-ups have come up helping kirana stores or mom-and-pop stores digitize and expand their operational footprints. A cash and carry store had offered digitization services to kirana stores promising complete digitization in a span of 24 hours. So a vigorous drive for development of e-commerce platform for local retailers and grocery stores underpinned by digital payment mechanisms has been underway. This trend is expected to continue in the present year democratizing the marketplace further.

During Covid months, the trend towards partnerships between online delivery behemoths and FMCG companies including food brands has been a notable phenomenon. Also, the tie-ups between local food businesses and local e-commerce startups for final delivery of products have been equally noteworthy. In light of Covid-dictated explosion of cloud kitchens and food delivery apps, the near-institutionalization of highly-sanitized kitchen environment, double-layer packaging of food products, deployment of all-round safety gear equipped-delivery personnel, and contact-less delivery services would acquire a more permanent feature. The ripple effect of this new delivery culture would be seen even for the delivery of packaged food for final consumers.

Trends in shopping spend across categories

According to market research, in terms of average spend by online shoppers, electronics and accessories (39%) had emerged as the largest product category followed by mobile and accessories (12%); fashion, including apparel, footwear, and accessories (10%); and appliances such as TV, washing machines, refrigerators (9%) in the aftermath of Covid-19 outbreak. However, a management consultancy white paper has revealed that food, grocery, consumer electronics and apparel will be the top e-commerce product categories contributing to sales in the coming five years. Then based on a report by Goldman Sachs, online grocery and fashion/apparels are set to be the biggest drivers of incremental growth in e-commerce in the country.

The last few months have seen considerable investment by foreign social media behemoths such as Facebook into domestic giants such as Reliance Industries which could allow the latter to play a bigger role in the e-commerce market. Then Reliance retail buying out Future Group has been another significant development.

Therefore, while 2020 was a year of crisis-driven instant improvisations and restructuring in a broadly subdued business environment, the coming year would see more stability and consolidation of the e-market space. Essentially, 2021 will see businesses adopting more of an omni-channel approach.

Technologies for Cardiovascular Disease: A 2023 Appraisal
Seeing Strategically
10 Recommendations On How To Negotiate Outsourcing IT Contracts
Shopping in the Age of ChatGPT: How the New AI Rage is Revolutionizing Retail Experiences and Consumer Goods Manufacturing
Emerging Trends in the Consumer Durables Industry in the ‘New Normal’
A Post-COVID Digital Surge has Made Effective Performance Marketing Critical to Brand Building
CONTACT US