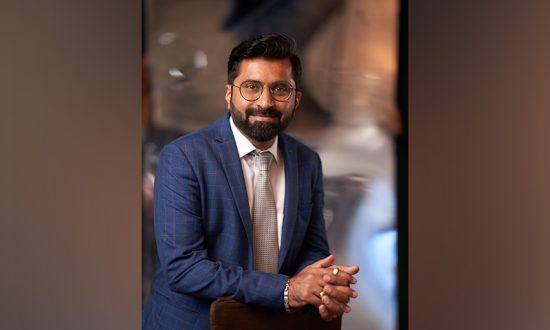 The deal outlook for India in 2022 is as unrelenting as last year, but reasons are attributable to mixed bag of investor perception about Indian regulatory and dealmaking maturity.

On the one hand, the deal flow increased by almost 60 per cent for Asia in the last 5 years, on the back of private equity funds. In value, private equity deals clocked a little over twice the cumulative of the last half decade. The market became big enough to overtake the total values of five years in only 2021.  Certain private equity players almost tripled their fund size since their last fundraise. They now have funds nearing or over $10bn which actually leads to a lot of dry powder available to them. The amount of dry powder which is available supports almost 3-4 years of capital flow.

The funds-to-deals ratio in India is a lot lower as compared to the US or China. Investors with no presence in India are interested in buyouts here.  Healthcare was a sector which saw almost threefold the deal activity between delivery and pharma, in 2021 as compared to 2020.

We weren’t rich in exit history around a decade back.  India’s private equity story has come a long way in terms of the history of returning money. Last year the industry returned five times of what it has ever returned in capital. 2021 witnessed US$43.2 billion worth of exits through initial public offerings, secondary (at US$14.4 billion across 56 deals) sales and strategic sales (at US$16.9 billion across 96 deals). In this regard, the technology sector recorded the highest value of exits in 2021 (US$17.4 billion across 39 deals compared to US$847 million across 10 deals in 2020).  So in the long-term, PE activity shows signs of being strong on exits.

While acknowledging the increase in PE deals over the last two financial years, we must understand the reason behind this structural shift in the way these deals are occurring and the increase in momentum of deal completion.

While dry powder, digitisation and industry consolidation were factors triggering these exits on the one hand, certain regulatory moves had their own role to play in driving caution.

With the economic issues arising in 2020, it must be noted that India reacted with a positive outlook and looked to mend the economy and make it simpler to do business. This restorative nature of policy making in India provided the economy with the strength it needed at the time.

Notable is the key change where investors now see India as a more stable regulatory environment versus other countries, for instance China. Regulatory moves such as the IFSCA (Issuance and Listing of Securities) Regulations, 2021 (‘Regulations’) that introduced the SPACs to Gift City – with the intent of streamlining acquisitions and listing process – are also indicative of where we’re headed. Similarly, the Reserve Bank of India’s (‘RBI’) consistent liberalisation of FDI will pull in many high value FPIs/FIIs versus before.

India has undergone a massive rise in the use of internet and technology in every aspect of consumer life. Whether it be logistics, financial technology and digitally-inclined consumer companies, we note that a majority of the top 10 exits in 2021 are focusing on technology driven companies. A few examples in healthtech, example Eight Roads and Bessemer exiting Pharmeasy, or edutech where Kalaari Capital sold to Blackstone in Simplilearn, or logistics where Elevation Capital and others sold to TPG, Blackstone and others in Xpressbees, or Atria Technologies in which True North, GIC and others sold to Partners Group.

Technology is one of the three or four megathemes of this unprecedented moment in historical deal flow. The same is evident in the proposed regulation of cryptocurrency or the large carpark of tech companies created in the last 5 years.

With the Indian government promoting the idea of ‘Digital India’ and adopting market practices to reflect this idea, and the global trend of investment leaning towards IT, edtech, fintech and e-commerce sectors, it is clear that India is the emerging market for these digitally accelerated sectors. And India’s export story is only going to become stronger, driven by some of these trends. On the back of tech deals we’ll see depth getting created in the $500m – $1bn deal category.

The other side of tech penetration, is the realisation in family run businesses that there is urgency to adapt to the global toolkit of running a business. Given the unprecedented opportunity, there is a lot of private capital available to deploy in growth and shifts. Families are willing to part with large shares of the business to get help in tech-adoption.

With technological changes and the modernization of the mindsets of people across the world, it has become increasingly difficult to predict the way the economy will move towards. There is increased access to information and consumer behaviour is being studied to understand the way supply and demand affect the human mind. Today, the market is showing us that it can adapt by different methods such as introducing new innovations, expanding their investment portfolios by putting money in new businesses and taking advantage of new and progressive business structures through mergers, acquisitions and fundraising.

Consolidation to achieve size, scalability, new product portfolios and better operating models catapulted deal activity upward in the PE space. PE players are increasingly inclined toward control deals or substantial minority. The PE market seems to have shifted from simply wanting to acquire their targets to engaging in the ‘buy and build’ method of business. This gives PE investors the opportunity to be a part of key decisions that increase profitability and growth in their target companies. While 2020 saw a crash in the volume of buyouts, buyouts recorded a strong rebound in 2021.They were the second largest deal type with US$22 billion recorded across 63 deals. This was also the highest ever – almost twice the value recorded last year (US$11.8 billion) and 28 per cent higher compared to the previous high recorded in 2019 (US$17.2 billion).

For 2022, we expect the key focus for PE activity is for consolidating investments and using their market knowledge to benefit their target companies. In fact, there is a shift in the attitude of certain promoter groups from exercising complete control to allowing strategic investors and PE funds with the leeway to state their ideas in the management of the company. The main influencing factor for these promoters is a boost for the business, for which they are willing to give PE investors a seat at their table. It is possible that we see a significant uptick in the investments from the long-term perspective in 2022.

We notice that in terms of the types of transactions being undertaken by investors, there is increased investment in all deal types (except for growth deals). In the past, this trend has been in favour of growth and buyouts. However, 2021 was a fantastic year for start-ups where PE/VC investments were the highest, recording US$28.8 billion in 2021 (US$7.3 billion in 2020). If we compare this amount to the total value invested in the last three years combined, it is almost the same and 2.5 times the previous high of US$11.7 billion recorded in 2019.

Investor attitudes to dealmaking have matured as well. Today, given the competitive nature of the market, PE investors are increasingly pragmatic in their dealings. There has been a paradigm shift towards a controlled competitive bid model run by investment bankers or similar intermediaries. Given the lack in depth of quality assets in the Indian market, controlled bid processes can potentially unlock value and raise valuations for highly desirable assets to staggering highs. Therefore, an auction sale an attractive option for the selling stakeholders. Intensive due diligence plays a critical role in removing the parallax between the seller and buyer through the display of real data which both sides can appreciate. We, as legal advisors, are focussing on standardisation, as far as possible keeping the uniqueness of personalities and context in mind. We have a facilitation role and it is important to standardise PE documents so that not a lot of time is spent on the negotiation of clauses which are as per market standard.

Another predominant trend is that PE investors are also meticulous about the structure and terms of equity incentives i.e., the employee stock-option plan (ESOP), the employee stock-purchase plan (ESPP) (including sweat equity shares) and stock appreciation right plans (SARs) or earn-out agreements. ESOP and ESPP result in dilution of share capital through allotment of shares, whereas SAR plans are a way around said dilution.

By providing employee benefits beyond the traditional pay package, PE investors and companies looking to expand and grow are locking in their key employees by giving them a personal stake in the success of the company. The vesting period in the case of ESOPs also serve to retain quality talent from looking for greener pastures.

Technologies for Cardiovascular Disease: A 2023 Appraisal
Seeing Strategically
10 Recommendations On How To Negotiate Outsourcing IT Contracts
Shopping in the Age of ChatGPT: How the New AI Rage is Revolutionizing Retail Experiences and Consumer Goods Manufacturing
How Credit Intelligence can be Leveraged to Increase Profitability for Lenders and Entrepreneurs
How can BNPL Players and Customers can maintain caution in the emergence of BNPL Era
CONTACT US