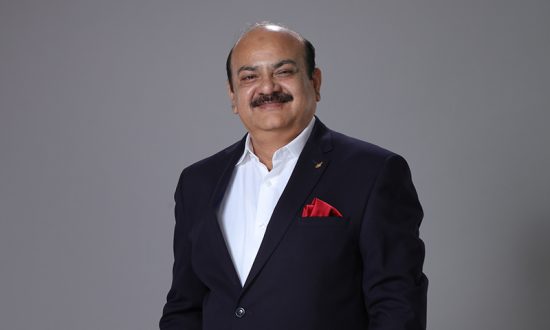 Haji Kamruddin is the man behind the success story of Servokon. It is an inspiring story of a man who began his career at the grass-root level and built an empire, brick by brick. Mr. Kamruddin had a very humble beginning in the year 1990, where he started as a raw material manufacturer and supplier of variac to servo stabilizer manufacturing companies. Initially, the company was run from a very basic setup and had a small office of about 10X10 sq. ft. and a small team. But, within a span of three decades, it is now the No. 1 Servo Stabilizers and leading transformer manufacturer in the country with a wide list of industrial clients.

Electricity consumption is the most crucial aspect in any economy. The sum total of the electricity consumed by both domestic and industrial users, decides the economic fate of the country. In recent times, there has been a widespread demand for energy efficiency on an international level. Governments and non-government bodies across the world have been raising the issue of making the world an energy efficient place. India has been contributing to the cause since long. Our government has set certain guidelines to be met by the consumers of the electricity as well as the manufacturers of electricity equipment.

There are certain scalable and replicable demand side management initiatives introduced by the Government of India. These initiatives are aimed towards making the country efficient in terms of energy consumption. The base behind these initiatives is climate change. The Paris Agreement of 2015 shows the seriousness of the countries and their commitment to work towards the goal. This is considered as a corrective measure. In the past one century or so, industrial development across the globe has substantially increased the global carbon footprint. The future plans and directives of the government are being taken to control further damage. Government of India is also committed towards making the whole energy eco-system more efficient and viable. Efforts are constantly being made to educate the common masses about the benefits of adopting clean energy. The benefits are not restricted to a domestic level, but would reflect on an international level, and garner a greater reputation for the country.

The intentions of the government alone cannot bear fruit in this direction. There is a much larger responsibility of the citizens and the industry. While the consumers of electricity are required to make use of electricity responsibly, they are also required to use the star rated appliances. The Bureau of Energy Efficiency of the Government of India, rates each and every home appliance on the basis of its energy consumption. In the past few years, there has been a widespread demand for energy efficient and “5 star rated” appliances. On the industrial level, the manufacturers of electrical equipment are required to develop products that counter electricity loss and over-consumption. This is very challenging and requires great deal of commitment. Industrial manufacturers have to think rationally and scientifically.

Electricity product manufacturers are required to priorities straight. It should never be about the short-term profit. It has to be about the long-term benefit. They are required to go the extra mile and taken few extra steps. In order to be compliant in terms of an energy efficient company, the manufacturers are required to invest in additional processes and material. They must align their research team and the resources, in a such a way, that it benefits their clients, the overall industry and eventually the economy.

With the advent and growing popularity of electric vehicles, there are growing challenges in the arena of efficient electricity consumption. Fossil fuels are constantly being depleted and thus, governments around the world are promoting the use of electric vehicles. This means a growth in the power consumption sector. The use of e-vehicles is at a very initial stage in India. Slowly and rapidly, it is set to grow manifold. This further means growth in demand of the electric paraphernalia. There is a projected growth in the number of charging stations and charging points, dedicated to the recharge of electric vehicles.

The reality of energy efficiency is achievable and is very certain. The only factor which is needed to be fulfilled is that of commitment. Commitment of the common masses, industrial bodies and the trade chambers. If all of these entities begin to function in correlation with each other, the standards set by the government can be achieved very easily. Some electrical component manufacturers such as Servokonhave been committed to the idea of energy efficiency and have been designing their products accordingly. Not just that, the overall manufacturing processes and the company’s paraphernalia have been designed in such a way, that it saves electricity.

Change your Beliefs and You will Change your Life
Listen to Your Customers They Will Tell You How to Network!
Helping Organizations Achieve Exponential Growth with the Right Set of Enterprise Solutions
International Education within the Indian Context: The Advantage of a Holistic Approach
Tips to Start a Bootstrap Startup
Dance of Colours — A voyage of finding Pride
CONTACT US