Evolution of Women as Entrepreneurs 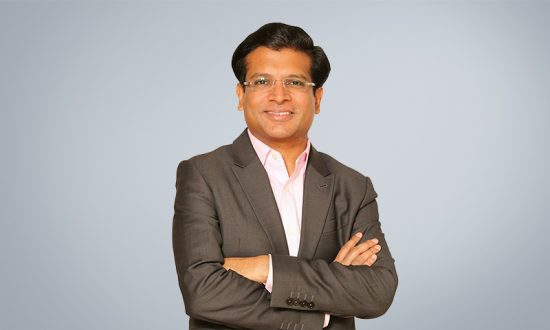 One of India’s most successful young entrepreneurs and amongst its foremost digital experts, Dilip Kumar Modi is the Chairman and Group CEO of DiGiSPICE Technologies and Founder of Spice Money. Dilip is a second generation entrepreneur who has pioneered several new innovations and built a strong portfolio of businesses within the Indian mobility and technology space during his stellar career spanning over two decades.

The phenomenon of entrepreneurship among women is gaining steam in India. Women entrepreneurs are getting spotlighted for the palpable impact they’re having across sectors. The evidence of the innovations being led by women could be seen in the first season of Shark Tank India which featuredwomen entrepreneurs from across the country and diverse backgrounds.Out of the 67 businesses that won deals on the show, 43% of them had at least one woman co-founder.The conversations that followed brought up an important question of why women entrepreneurs were not as prominent before.

As per the Ministry of Statistics and Programme Implementation’s 6th Economic Census, women represent 14% of entrepreneurs in India. The number of women-led MSMEs has risen from 13.72% in FY11 to 20.37% of the total MSMEs in FY21, as per the MSME Ministry’s annual reports. While these numbers might seem insignificant, they portray considerable progress as compared to previous years and indicate a stage set for more accelerated growth. Women entrepreneurs are likely to grow by 90% in the next five years, as per a study by EdelGive Foundation, a grant-making organisation.

The evolution so far

It has been no easy journey for women to climb up the corporate ladder as they overcame, and are still overcoming, stereotypical socio-cultural norms embedded in Indian society. And now, despite the challenges, we are also seeing increasingly more women realise their entrepreneurial dreams of running and sustaining a business at par with their male counterparts.

In the present, it is easy to think of names of women entrepreneurs as many have reached great heights, built successful businesses and created inspirational legacies for future entrepreneurs. There has also been a surge in entrepreneurship among rural women in India – an impetus of socio-cultural growth. Entrepreneurship has allowed these women to become financially independent and self-reliant which, in turn, has enabled them to uplift the other women in their communities by providing them employment or, simply, inspiration to start their own businesses.Rural women entrepreneurs, by running scalable business and creating jobs, are growing the rural economy, which is a significant factor for the development of the national economy.

Challenges to conquer for further progress

While the list of women entrepreneurs in India is growing, they still face significant challenges that threaten to stagnate their growth. One of the key challenges being lack of access to funding. A Nasscom report found that, despite 34% women business owners having tapped into new business opportunities in response to the pandemic in 2019, only 6.5% of the funding raised by top 150 start-ups went to those with women founders or co-founders. This dearth is starker among rural women entrepreneurs and MSMEs.

Women founders have recounted experiences where investors were apprehensive to fund women-led businesses due to doubts of whether the business would still be prioritised once family comes into the picture. Evidently, despite Indian society progressing past stereotyped gender roles, a major mind-set shift is still needed to break the bias — just as the theme of this year’s International Women’s Day was calling to do. More women need to be appointed in leadership positions to ensure inclusivity and diversity both in the venture capital firms and, as a result, in the businesses being funded.After all,women-led businesses tend to generate 12% higher revenues and consume an average of a third less capital than men-led businesses, as per a research by Bain & Company, Google, and AWE Foundation.

Rural women entrepreneurs can benefit from strong networking opportunities and advocacy that can understand their unique challenges and build support mechanisms. This can be undertaken by both government and private programmes. The presence of policies, incubators and schemes supporting rural women entrepreneurs is not enough if they are either not aware of them or find the application process cumbersome. It is important to spread awareness about these measures and also offer support to increase their uptake.

Due to the challenges and the hard-hitting questions faced throughout their journeys as founders, women entrepreneurs have grown to become resilient and confident about their business plans. Encouraging women to build scalable start-ups will ultimately mean employment generation across the country. Women-led businesses also tend to hire more women, which can improve the declining participation of women in the workforce in India.

An increasing number of women entrepreneurs will eventually only lead to an equitable development of the Indian economy where young start-ups are breaking ground and lifting the country to become a global leader.

The Benefits of Artificial Intelligence for your Business
What’s Your Value in 2023?
Transforming the Executive Search Industry & Making an Impact
Bring the Zing – 5 Keys to Powerful Presentations, Briefings, and Meetings
3PL Warehousing Services to be the Cornerstone of Modern Supply Chains
Digitizing India’s MSME industry
CONTACT US