Four Years of GST: Flaws and Fairness for Common Man 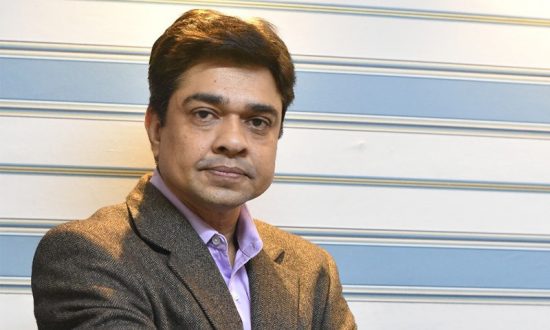 Kapil Goyal, Founder & Managing Director, KDK Softwares Pvt. Ltd. He is an experienced professional with a demonstrated history of working in the Tax Compliance Software Industry. He is strongly skilled in Business Planning, Analytical Skills, and Operations Management.

Being a taxpayer of India, majority of us got somewhat influenced with the launch of the Goods and Service Tax (GST) in July 2017. It has made its way to 4th anniversary years and the nation is still making attempts to seep in to reverberations of one of the biggest economic reforms of independent India. With a huge inconsistency of different input Tax credit mechanism, Indian market was bound to experience enormous inefficiencies and costs of compliance. On summarizing the whole GST experience it is found to be a mix affair comprising of both success and limitations.

Many tax experts are of opinion that the tremendous potential held by Goods and Service Tax remains untapped as there are various trade issues that remain unaddressed by the Government. That said it wasn’t quite approachable to make implementation of GST nationwide. Let us dig deep in the most sought areas in the horizon of GST.

Repercussions laid down by the new GST have changed our world both in good and bad ways. While the big industry players came in terms with the radiant tax-paying system easily, it took a while to medium-scale business units and small entities are still struggling to the tech-enabled process. While smooth flow of input credits and ease of compliance were initially identified as the cornerstones of the digitalized regime, major setback came to the successful implementation of GST across India in the shape of IT glitches. Furthermore, input tax matching and addition of a few uncanny provisions added to the challenges of a common tax payer.

There is no denying that the contemporary tax regime has taken away all the blues of the businesses active in every state (earlier supposed to make as many as 495 different submissions), now it has been reduced only 12 submissions. But that covers only the big fishes of the ocean, leaving the smaller ones to explore and exhaust. Current tax regime is very much on the road to perfection; still it is miles away from the milestone. Some areas which seek immediate attention include seamless flow of ITC. Availing ITC is circumstantial to the limits that vary according to apparent grounds coupled with the mandate of reporting by suppliers. All this leaves businesses with no better option than to losing out on ITC.

On evaluation of the journey of GST being a complex and stringent taxing system, it has done fairly well. From being accessible to tons of taxpayers for preparing and filing tax returns and making payments of GST liabilities together with meeting other compliances, Government has won trust of many.

Looking at the whole scenario statistically it is found that there is a phenomenal growth in the number of returns files and the worth of the GST payments under process. Amidst pandemic situation, the system has proved to be even more efficient and accessible. During the times of remote operations, online filing of GST returns, processing of refunds, filing of appeals, notice issuance almost nothing lost its pace and authenticity. For the unversed, more than 180 crore e-waybills and over 39 crore e-invoices have been produced since the day of GST implementation.

Despite some big flaws the system has got it has still managed to meet expectations of many with making compliances less intimidating, enabling taxpayers to compare GST data with the usage of data analytics tools.

The Administration is trying its bit to educate people by bringing up outreach programs, distributing flyers covering topics such as valuation, registration and more, circulars with clarifications on different areas and industry concerns are being issued.

Government is on a spree of making conscious and continued efforts to transform the Goods and Service tax into a good and simple tax. Going in right direction ensures the attainment of ultimate goal.

Technologies for Cardiovascular Disease: A 2023 Appraisal
Seeing Strategically
10 Recommendations On How To Negotiate Outsourcing IT Contracts
Shopping in the Age of ChatGPT: How the New AI Rage is Revolutionizing Retail Experiences and Consumer Goods Manufacturing
Is Now a Good Time to Invest in Real Estate?
Venture Catalysts invests in Sunfox Technologies, a Med-Tech R&D lab focused on building cardiac diagnosis equipment
CONTACT US