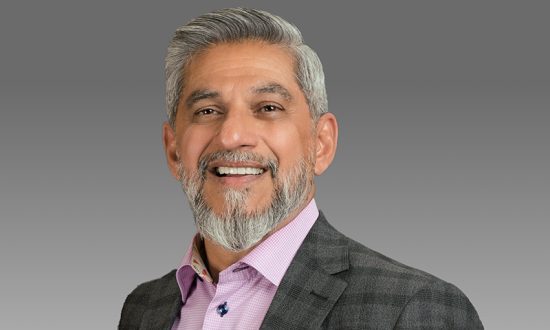 Counsellor. Confidant. Consultant. Caregiver. These are just a few of the many roles Iqbal Amiri has encompassed during his last three decades he’s spent as a life insurance and wealth advisor. Born in Burma, the second-generation native moved to East Pakistan, followed by West Pakistan, before settling in Canada, where he started AMIRI Wealth Management, Inc., in 1991. Based in Edmonton, with two office locations in Alberta, the wealth management firm prides itself on offering sound, honest financial advice based on education, knowledge, and experience. As not only its founder, but president and CEO, Iqbal draws on personal experience, imparting first-hand knowledge on the people he serves. He recently published his memoir Finding Home where he shares his life experiences and bigotry at his new home in Canada. Moreover, his commitment to this philosophy is seen through various awards and recognitions from the companies he has worked with and through his charity fund for mental health called, Amiri Mental Well Being Fund.

Physical movement of people between counties for better economic opportunities, improved quality of life and security has been unprecedented. Some very important gadgets that we use in our daily lives without giving it too much though were brainchild of people who had moved to the West from Asia and African continent. In government, senior public policy officers are people who had moved to the West, or they are second or third generation immigrants. The Prime Minister of United Kingdom is of East Indian ancestry, a sub-continent ruled by the British for almost three hundred years. Physical movement of people will never stop if history is of any guide to us. People move for different reasons; for a holiday I would take my family to warm, sunny beaches to relax and energize. People who live there wanted to move to my home country! People all over the world want to move to Canada, and everyone is welcome as long as you follow the immigration process. It’s great country with good education, pluralism, multiculturalism (you never lose your traditions, culture, and values), and good economic opportunities.

I would like to play Nostradamus for a minute if you would indulge me. The globe is digitally connected like no other time in history – its all about the new technology that did not exist a few decades ago. A surgeon can virtually perform surgery at one corner of the world while the patient is at the surgical unit at the other conner of the globe. It’s have not yet been perfected but we are almost there! We have electric cars going faster than super cars with combustion engines. Space travel; going to Mars, looks attainable. Ultra ambitious projects like Neom have already started in Saudi Arabia, and I am excited to see what it would be like to live in that type of environment.

COVID-19 taught us how to work in a decentralized environment; staff had to work from home, Zoom meetings became part of our daily vernacular, grandparents could only see their grandchildren virtually through FaceTime. Banks, insurance companies, and other important industries needed to retool their processes to serve their customers. Fitness industry and Stand-up Comics could have faced devastation, but everyone adapted to survive. It was Adapt or Die! Funny how it works; only when we are faced with life altering events, we change the way we live our lives. Otherwise, there is little drive to change. The next big one is Climate Change; we are already seeing the affects. Governments and its citizen will only respond to disaster, and it is coming.

COVID started a trend of people moving away from high density urban areas to most ruralish areas, not too far from the city and not too far into wilderness. High speed internet and other amenities needed for city folks to survive was a factor, I believe. In some industries where State or Provincial licensing is not required, people moved to other parts of the world; warmer resort type areas where they could still do their jobs and meet employment commitments while enjoying their lives. And so, this is the point where I play Nostradamus. I believe that there will be a new super mass migration, it has already started, of virtual movement of people, i.e. you live at one place and work in a different country or continent. I call them Virtual Global Contractors; they will be multinational, global citizens. What I am predicting is far more intrusive and integrated activities in our daily lives; personal or corporate. This is possible due to high-speed internet which I believe is about to get much faster, beyond what would have thought just a few years ago. The main driver of the Virtual Global Contractors are Millennials and Generation Z. These cohorts are highly educated, environmentally conscience, accepting of all peoples, totally plugged into technology, affluent by personal high income and recipients of significant inheritance from the Baby Boomer parents and grandparents. They are more open to new ideas, they love to travel, not anchored by large houses, not held back by traditional relationships, and want to experience the world and all the cultures, peoples, traditions, cuisines, and arts it has to offer like no one else in history. They have clusters of friends everywhere; they are mobile and willing to take big industries to task. They may be citizen of one country but not necessarily live there most of the time. They will be more transitory than the Snowbirds in Canada; people move to the U. S. in the winter and return during the summer. VGCs will “live” in multiple countries. Thanks to Time Zones, the divide between holidays and workdays will be blurred. This could be due to competition from other VGCs and the need to be available to their employers or customers. The idea that you are not going to work for two or three weeks at a time already seems impractical as we are always checking our emails or social media accounts.

Who is going to benefit and who will be the losers? There will be a revision of the class system, which is always there whether we accept it or not. The class system will be between people with post secondary education and the poorly educated. The former is better traveled, makes more money, and embraces all people. A quick Google search will tell you that only one third of Americans have a valid passport and seventy percent in Canada. The later of the two classes will remain in their bubble, elect officials in governments to pass laws to protect their jobs, cut taxes but increase government benefits and create divide between themselves and the former. What they will not do is get better acquainted with other religions, cultures, traditions, cuisine, arts and language. The notion of globalization is anathema for them, and they will never accept it. The most extreme of these people with be the new terror groups. Good news is the next generation will not accept these notions of their ancestors, so it will take a generation for change to happen. This is a good thing when there is voluntary acceptance of change and move towards a better life for all.

In my view, the future is very bright so pull out your sunglasses. Focus less on the negative social media and particularly news networks; they are peddlers of recycled negative news with steroids. If you are a CEO of a company, don’t compare the new generation with the old. The new generation of professionals are very different, they want to be treated differently and will not put up with high handedness and bigoted bullshit from management. As individuals, don’t be surprised that an average person has a personal assistant living in another corner of the world managing your social calendar; making dinner and travel reservations or buying all your household supplies and shipping it to your home wherever it may be, and arranging virtual health checkups at the best clinics around the world.

Embrace the future and live your life to the fullest!