Home /EXPERTS' OPINION/Future of E-retailing in India: Growth and Challenges

Future of E-retailing in India: Growth and Challenges 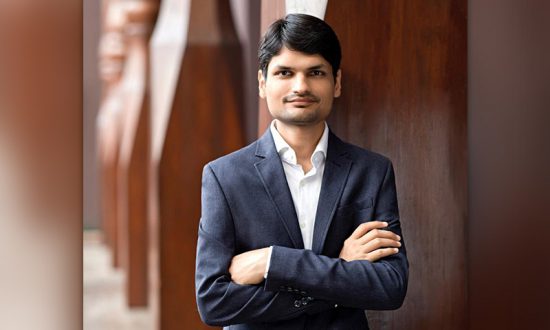 Mr. Deepak Bansal is a Whole-Time Director of the company. He is a graduate in mathematics from Delhi University. As a director, he is responsible for expansion and diversifying of the retail market and business of the company. He actively looks after the complete preparedness of marketing strategy. He has an immense interest in finding the newer and upcoming markets & setting up retail footprints of the company there. He has an overall experience of 13 years in Retail Apparel Industry.

The transition of the retail industry received a shot in the arm due to the pandemic. COVID-19 induced tectonic shifts in the business patterns across segments. While business was affected for a major part of the year, the sector realized the significance of e-retail and its growing influence on consumers.

There has been a significant change in apparel consumer behaviour. The wardrobe has moved towards casual wear and athleisure as there was an across-industry spurt in work from home culture. Brands have had to reimagine their style codes and retail modes to fit in the new normal. The government has extended its support to the sector with eased policy norms such as 100 per cent FDI under the automatic route for single-brand retail trading.

The Indian retail market is capped at 840 billion dollars today, a majority of it lies in the unorganized sector. However, this scenario is changing for the better with the entry of more and more organized players in the domain.

With organized players, the industry would witness a marked shift in business patterns. Their digital-enabled platforms would bring about a revolutionary change in the Indian retail market. It is expected that riding on this phenomenal change the e-retail market would grow at the rate of 30% CAGR and reach 200 billion dollars in 2026 from the meagre 30 billion in 2019.

It is estimated that the number of households engaging in online transactions would grow around 50 per cent and reach 233 million by 2025. The growth of e-retail is dependent on several factors. While some can assuage the growth, others could prove to be a roadblock.

India is among the few countries in the world with one of the highest number of internet users. This number is growing by the day. A 2018 market survey by PWC suggested that the user base would reach approximately 846 million by 2022. While another report by IBEF indicates that as of August 2020, there were more than 760 million internet users in India. 61 per cent of the active connections were from the urban market and 97 per cent of the connections were wireless.

While it is said that smartphones played a vital role in the penetration of the internet, it would not be wrong to surmise that the rapid growth and availability of better internet connections across the country facilitated the smartphone boom. Smartphone shipments to India registered a year on year increase of 8 per cent in the first quarter of 2020. The 5G internet launch in January 2021 and the subsequent launch of 5G enabled phones would further galvanize the smartphone market.

Social media has moved aeons ahead of what it was perceived to be a decade ago, today it has become the perfect platform to promote businesses. Fashion brands and apparel businesses have taken cognizance of this and are aligning their business strategies to the social media platforms. The fact that these platforms can help them reach out to the target consumer in their language in the visual and video form is an added advantage.

The penetration of the internet and smartphones have facilitated the emergence of a large digital ecosystem that can support the digital media requirements. Furthermore, the digital ecosystem enables the digital payments systems that have radically altered shopping patterns. No wonder a global e-retail giant recently invested 95.40 million dollars into its payment unit.

The Internet penetration coupled with the smartphone boom has ravelled up a never seen before online shopping scenario. The Indian e-commerce segment is ranked 9th in the world. In 2020 online shopping accounted for around four per cent of the total apparel, food and grocery and electronic retail trade. It is expected to grow by double and reach nothing less than eight per cent by 2025.

An Ernst and Young report says that globally 39 per cent of consumers believe that they would make an online shift in their day to day shopping. The fear and anxiety caused by the contagion would restrict them from venturing out and going to their favourite super-market. A significant percentage of Indian shoppers are also expected to follow the trend and make a move to online shopping. Over the year the sector has witnessed a considerable number of first-time buyers. People who were finicky enough to try multiple clothes before finalizing one are getting accustomed to the idea of choosing clothes on digital platforms. A McKinsey report suggested that 60% of consumers were stipulating to move towards online shopping during the last festive season. However, the interesting factor is that a majority of them wished to continue with it even after COVID-19 would cease.

Challenges and the way forward

Changing consumer preferences: Today, the consumer is much more informed than before and is always on the lookout for a better product. However, there has been considerable conditioning in the last year, the consumer is now looking at a locally-made, sustainable and value for money product. Organizations need to neaten their portfolios, innovate faster and alter communication strategies to meet the changing demands.

Supply chain management: The key to the success of e-retail is a buoyant supply chain system that is ready to withstand sudden jolts and disruptions. Networks that are capable of providing effective control, speed, flexibility and end-to-end visibility can prove to be a reliable solution to demand response.

Reimagining channels: The exponential growth of the online retail market is possible only if direct to consumer offerings are strengthened by increasing online presence. Partnerships with multiple brand channels can do the trick for fashion brands that already have their e-retail process.

E-retailing is the Future

India ranked 2nd in the Global Retail Development Index (GRDI) in 2019. The sudden disruption caused by the lockdown would not have affected the Indian retail sector to the extent that it has, had it undergone a digital transformation earlier. Therefore, it is essential for fashion brands to align their business processes and goals according to the changing circumstances, and they need to invest in making the switch to e-retail.

Undoubtedly, e-retailing is the future. However, it is unlikely that the sector and consumer behaviour will tilt drastically only to one model. As the sector increasingly leverages digital technologies, it is an integrated omnichannel approach that is going to be the way forward for the fashion industry.

As the industry engages in a product range that is highly tangible and is vulnerable to consumer preference and seasonal changes, the physical aspect of retailing is important. Having taken the same into due consideration, it is the e-retailing network – digital arm – which is going to be a game-changer in terms of market reach and empowering brands with an agile and resilient ecosystem.

Technologies for Cardiovascular Disease: A 2023 Appraisal
Seeing Strategically
10 Recommendations On How To Negotiate Outsourcing IT Contracts
Shopping in the Age of ChatGPT: How the New AI Rage is Revolutionizing Retail Experiences and Consumer Goods Manufacturing
Transition from SMS & Voice to Videos – Delivering Superior Customer Experiences
With Empathy and Trust from Gold Assessment to Gold Encashment
CONTACT US