Home /EXPERTS' OPINION/GAME ON: Women are Leveling the Playing Field in Gaming

GAME ON: Women are Leveling the Playing Field in Gaming 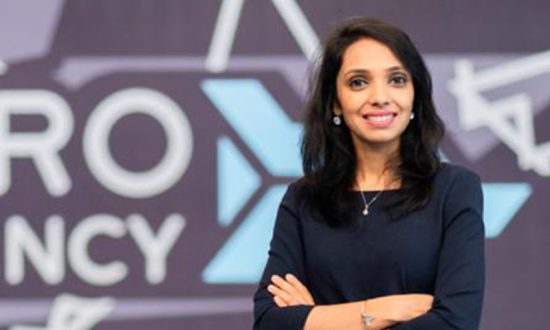 From Ranchi, Jharkhand to the City of  dreams Mumbai with the mindset and exposure to grow ahead and excel in life,  from being an investment banker to becoming a Passionate Apparel  Entrepreneur, she is now taking over the Virtual Gaming World. This Shepreneur  who explores and enjoys traveling experienced Zero-latency back then in  2019 and was blown away by the experience.  Being an Indian who yet was aware of the  usual monotonous office dinners and off-sites. It is something revolutionary and  VR is the future of gaming, that’s how the idea of getting this to India cropped, and here we are – with the mind-blowing revolutionary experience in Mumbai, and now has also launched in Hyderabad.

The Indian gaming business has benefited greatly from the current pandemic (which is mostly due to online gaming), as it was the only form of entertainment available prior to the OTT platforms. As a result of the epidemic, gaming is now seen as an enjoyable hobby to do with family and friends while staying at home. Furthermore, gaming is now being adopted by a bigger audience in India, and its base is rapidly expanding.

There has been no major shift in the gender equation in the gaming space due to the pandemic. Even though gaming in the past was always stereotyped to be men’s dominant hobby, women, and girls were actively becoming a part of the gaming ecosystem. For instance, even at our arena 40-45% of the players have always been women. We have not witnessed any surge or dip in the same period while we opened for a brief period between the 1st and 2nd waves of the pandemic. Hence, I believe it’s not the pandemic, per se, which has led to any change in the gender equality of the players’ mix but there is an overall evolution in the mindset of Indians and everyone is now moving away from the stigmatized belief that gaming is only for men. Women are actively enjoying gaming, be it as a casual experience or as a serious gamer!

Women are rapidly catching up to male dominance in the VR gaming arena, with nearly 45 percent of players currently being female! Women today are motivated by the YOLO mentality and are more open to experiencing revolutionary and heart-pounding experiences, so it’s only logical that they’d gravitate toward gaming and virtual reality. Based on my own experience, I feel that the growing number of women in VR gaming can be divided into two groups: those who want to test unique VR experiences that allow them to escape reality and enter a whole different universe, and those who are hardcore gamers!

The gaming industry may not have been constructed to meet the unexpectedly increased demand from female gamers, but as the saying goes, ‘Visibility brings Change,’ and this burgeoning development of women in the gaming industry is causing the entire gaming ecosystem to adapt and fulfill their wants.

As we all know, there are two types of female gamers: hard-core gamers who appreciate the competitiveness and adrenaline of gaming, and casual gamers who prefer gaming as an experience. There are ongoing developments and modifications to catch both of them in order to grow the gaming community as a whole.

Hence, with the entrance of women in the gaming industry which was not really designed for

them, companies are coming to terms with the fact that for thriving in this space the bridge of gender inequality which existed here needs to be overcome (and real soon) as tapping them will definitely add to their next level growth!

We Need to Stop Our Robotic Skepticism
How Women in Real Estate Can Overcome Challenges and Thrive
How AI is Set to Transform the Workplace
Why Leveraging Data in the Digital Age is Crucial to Business Success
Branding Yourself for Success: The Components Making up your Personal Brand
School Administrators’ Challenges and Responsibilities After Virtual Learning
CONTACT US