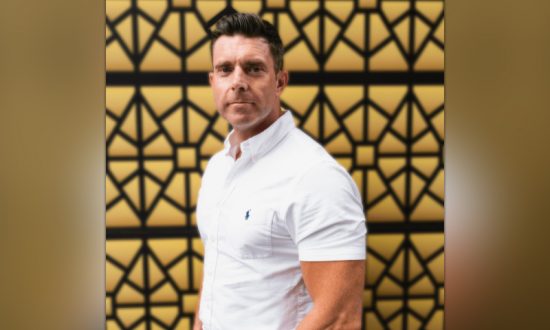 With his vast experience of over 22 years in the videogame industry, Stewart strongly feels that the culture & striving for the best is what separates Sumo Pune as being the best from the rest. During his corporate journey, he simultaneously pursued further studies and earned a degree in MSc. in Management

Traditionally, social media and the gaming industry were two entities separated by a different set of audiences. With the dawn of the modern internet, a new tool for entertainment has emerged and gaming platforms have been evolving to become more immersive and engaging for the past few years. Owing to the industry dynamics, the platform is currently transforming into communities and becoming a part of social media, with the games industry expected to reach a net worth of $218.7 billion in 2024, with CAGR of +8.7%. As billions of players log in and out of their system every minute, they are fostering new connections with people across the world.

There are an estimated 2.7 billion gamers worldwide and the top-ten gaming influencers on YouTube command over 450 million subscribers. Gamers are not restricted to their desktops anymore, as consoles and mobiles have taken a center stage through first-person shooters, role-playing, battle arenas and multiplayer games. However, the social side of these games is growing as 84% of gamers prefer video games to meeting people who share their interests in real life. Gaming enthusiasts are spending an average of 16 hours per week on gaming and close to 12 hours a week on gaming streams and interacting in gaming forums. The distinction between video gaming and social media interaction is blurring very rapidly.

The games industry has transformed beyond the traditional view as it no longer serves a niche market for a single demographic. With the emergence of the internet, players are now regularly sharing their gaming experiences via various social platforms. Today, players are well-connected through Facebook, Twitter, Instagram, YouTube, Snapchat and more. The industry has realized the potential of social media and use it as a tool to share information about new launches, rewards, and studio updates to engage new players and keep their current players in the loop. Additionally, the platforms themselves are treading on the path of social media too. Twitch is currently seeing 15 million daily users and Discord has over 140 million users every month.

The social media channels reached another level with live streaming that allows users to capture gaming moments and share them with a large audience almost instantly. This helps gamers to engage with live interaction from other players. Along with live streaming, games have become more and more advanced through the rise of multiplayer games and their accessibility through subscription services and cloud gaming. These multiplayer games offer opportunities for social interaction through video chats, cooperative tasks, and guild mechanics. The strong community connection and social interactivity attracts players and generates a social buzz around the title. With these interactive features, players have been able to find new connections, build a community and turn these gaming platforms into lively social hubs. Games such as Fortnite host regular events that offer players an alternate universe in the gaming world. In 2020, Travis Scott drew a crowd of 27 million. This has shown that gaming platforms can be incredibly versatile. Recently, it was the turn of Ariana Grande, who hosted a live-music concert within Fortnite and provided millions of gamers with hours of joy.

It’s no real surprise to share that during the global lockdown of 2020, gaming saw massive growth. This has become a turning point for the industry as games suddenly became a main source of social interaction. In these unprecedented times of solitude, people were able to rely on gaming as an outlet for connecting with friends and family. However, this change did not come rapidly across all markets. In India, the change accelerated the most when games introduced multiplayer experiences on mobile phones. With the success of these games, a new idea was developed and it did not take long for developers to see the excitement of users playing against each other and earning the bragging rights for their top scores. This virtual world was providing a diverse community for players to socialize in.

As younger players leant towards the platforms that allowed them to modify the virtual environment, the wider gaming industry also saw a shift. There was an emergence of gaming communities, particularly on Reddit, where people came together to discuss their favourite games and strategies. Games were used as a source to create more and more communities for effective communication, direct with players. With the emergence of new technology within the gaming industry, new types of streaming platforms are rising by keeping traditional broadcast audiences in mind. Streaming platforms like Twitch have created an exclusive marketplace in place of rising viewership among the gaming community. These viewers have become attached to the various tournaments, competitive leagues and chat rooms that allow them to interact whilst playing competitively. This has also enabled gamers to earn money by sharing their live gameplay and creating their own communities. YouTube has several gaming channels run by top players who have audience figures in the millions.

As the social aspects of gaming continue to unfold, the industry is adapting to provide a positive customer experience outside of purely what is seen in game. The shift towards social networking in a virtual gaming world is part of natural evolution that brings with it, the best of both worlds. Overall, the gaming industry is set to grow by leaps and bounds in this decade and there are likely to be some challenges as more and more players join in every day. However, it’s clear that this fusion of video games and social media is here to stay and has already made a significant impact on our industry.

The Benefits of Artificial Intelligence for your Business
What’s Your Value in 2023?
Transforming the Executive Search Industry & Making an Impact
Bring the Zing – 5 Keys to Powerful Presentations, Briefings, and Meetings
Clean Tech Friendly – Emerging Technology in Water Purifiers
How are Bus Aggregators Ensuring Safety Measures for Travelers during COVID-19?
CONTACT US