Home /EXPERTS' OPINION/Generic Agrochemicals in India Poised for a Bonanza: 22 Molecules Coming Off Patent by 2030

Generic Agrochemicals in India Poised for a Bonanza: 22 Molecules Coming Off Patent by 2030 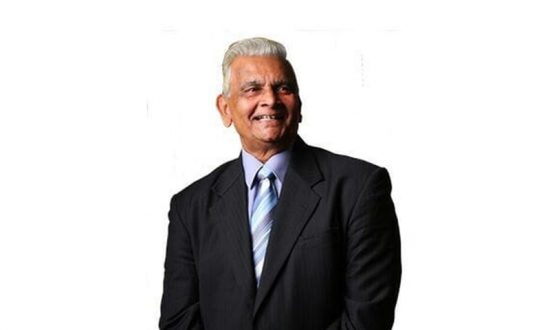 Pradip Dave is an Entrepreneur – Chairman of AIMCO Pesticides Limited, an agrochemical company engaged in the field of Agrochemicals manufacturing, Formulation and marketing for last more than 45 years. The company is one of the major players in Insecticides, Fungicides & Herbicides in India and exports its products to major markets in the world. Pradip Dave is also the President of Pesticides Manufacturers & Formulators Association of India (PMFAI), a national level Association representing the Agrochemical Industry in India with more than 200 companies as its members. He is President of PMFAI for last more than 25 years.

Globally, India is the 4th largest producer of agrochemicals after the United States, Japan and China and has emerged as the 13th largest exporter of pesticides. It is a major hub of generic pesticides production, which leverages, among other things, the fact that branded molecules, exclusive to the producing companies, are open for larger use after the patent period of 20 years. The fact that 22 such molecules are going to come out of their patent period will substantially expand the offerings of the Indian companies to people at home and abroad alike and may help fetch extra revenue.

What is a patent and why is it given?

Any innovator has its exclusive right over the research and technology developed and when opened for use, gets rewarded by the way of giving the Patent right. Patent is a form of intellectual property (IP) giving the innovator/inventor a legal right over their invention/innovation for a limited period and forbids others to use it. It is   to honour the innovative technology; to recover the innovation cost; and to get a return on investment in the development of the technology. As the benefit of innovation, patent period is availed by the  entire world, not as a charity but as a protection from others copying the innovation during that period. The Trade-Related Aspects of Intellectual Property Rights (TRIPS) Agreement requires the member countries to make patents available for any inventions, whether products or processes, in all fields of technology without discrimination, subject to the normal tests of novelty, inventiveness and industrial applicability. The Article 27.1 of the agreement also requires that patents be available and patent rights enjoyed without discrimination as to the place of invention and whether products are imported or locally produced.

Agrochemical sector is deeply interested in the molecules which are going to be off-patented as it creates an opportunity for its own commercial development. Pesticide companies, especially in developing countries, wait for generic active ingredient molecules as it provides huge opportunities for generic manufacturers to provide agrochemicals at a reasonable affordable price for farmers to protect their yield from pests and disease. Moreover, generic pesticides are same in quality of patented pesticides, effectively affordable in price for Indian and global farmers, are Based on the same active substances and work in the same way in the crop as the patented pesticide, but cost much less. Both patented and generic pesticides are subject to the same approval process from the competent authority for registration, a generic pesticide is as safe and effective as the original patented pesticide  and hence popular in farming community.

Generic molecules break the monopoly of a company who had their patent right for about 20 years without any competitor. In fact, monopoly for such a long period is dangerous as there is no control over the price of the product and it can go up as high as the manufacturer wishes. Since the last many years, it has been observed that innovators are becoming more possessive and monopolistic. The generic producers constitute about 30% of the global pesticide industry, mainly due to increase in the number of off-patented molecules and decline in new active ingredients, both of which favour generic pesticides industry which has seen a faster growth as compared to the inventor (R&D based) companies recently.

It has been observed that 30-40% of the off patent active ingredients are taken up by the generic manufacturers. Of these, those for fungicides and insecticides are more preferred to herbicides. About 60-70% of off patented molecules are not adopted due to their limited market, difficulty to manufacture and unavailability of key intermediates. The original inventor/developer works against the generic competitors by controlling the supply of intermediates and raw material and it is easier for them if the intermediates and raw material are rare. It has been observed that entry of generic competitors result in the fall in price, to overcome this R&D based companies develop cheaper and more efficient process of manufacture for those molecules which are going to be off patented. As the manufacturing process can also be patented, the strategy of R&D based companies help them to protect their active ingredients. In this situation, despite the active ingredient being off-patent, generic companies can be prevented from producing the same by the alternative process, if the new alternative manufacturing process for it is still protected. Many generic companies are now moving towards developing alternative manufacturing processes for generic active ingredients. Developing an alternative process for production of Isoproturon without using isocyanate intermediates is one such example.

Although generics give great opportunities but also pose challenges before the manufacturers in terms of how quickly they bring products into the market; how to offer their products in a crowded and noisy market where already this is available under a big brand; how to provide cost-effective and effective generics which is profitable as well, and such. A generic manufacturer always faces these challenges by the time they enthusiastically wait for off-patented molecules. The inventors, in order to continue their monopoly, always try to pose obstacles  before the generic manufacturers by adopting the following strategies:

There are around 22 pesticide active ingredients which are about to get out of their IPR period in the next ten years i.e. between 2021 and 2030. These are Bixafen, Chlorantraniliprole, Cyantraniliprole, Fenpyrazamine, Flubendiamide, Fluopicolide, Fluopyram, Fluxapyroxad, Isopyrazam, Mandipropamid, Penflufen, Penthiopyrad, Pinoxaden, Pyriofenone, Pyroxsulam, Sedaxane, Thiencarbazone-methyl, Valifenalate, Benzovindiflupyr, Sulfoxaflor, Saflufenacil, and Aminopyralid. The demand for some of these off patented technical grade molecules in the global market is expected to increase drastically. It is expected that the market size of these products  will cross over US$ 4.1 billion by 2026. The reason is that the products like Chlorantraniliprole, Fluropyram, Fluxapyroxad, Cyantranilipore, Bixafen, Sedaxane, Fenpyrazamine and Flupicolide have a huge market. Industry players will have an opportunity, specifically in regulated markets, to choose the generic according to the demand of the market where so  many products are becoming off-patent. In India, these generic products will provide enormous growth to  generic manufacturers and also to formulators who are directly or indirectly affected while the products are under IPR.

A word of caution

The increased regulatory pressure in the EU and now increasingly elsewhere is (in general) putting additional pressure on off-patent chemistry to a greater extent than patented chemistry. Companies need to take into account more than just sales. Beside factors such as chemistry and regulatory, a key element for any off-patent company post 2020 is a “comprehensive” portfolio of advanced chemistry in order to compete with the “solutions focused” multinationals that can offer a “bundled” seed, trait and crop protection package.

Technologies for Cardiovascular Disease: A 2023 Appraisal
Seeing Strategically
10 Recommendations On How To Negotiate Outsourcing IT Contracts
Shopping in the Age of ChatGPT: How the New AI Rage is Revolutionizing Retail Experiences and Consumer Goods Manufacturing
Need for More Researchers in India to Combat Innovation and Creativity Crisis
Real Estate: New Decade, New Impetus for Growth
CONTACT US