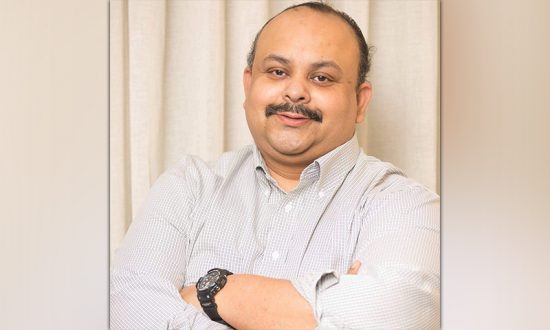 Kazi Monirul Kabir is a powerful, passionate, entrepreneurial, innovative and objective-driven leader with a global perspective and strong empathy for local realities. In his 15-year-career across FMCG, retail, advertising, telecom, media and internet industries, he has set examples of how a deep understanding of people, culture and beliefs can give birth to great ideas, reveal hidden opportunities and inspire people to drive growth of business and societies. Currently he works as the founder and Chief Innovation Officer at Spider Digital Security, working to develop and co-create cybersecurity solutions to help corporations and governments across the world.

In today’s world, with such a rapid pace of change in our global processes, it is no more a question of whether, but when, a massive cyberattack will disrupt financial stability. As growing innovation, competition, and the continuing pandemic drive the digital revolution forward, our financial systems are only going to become more susceptible.

The issue of security is incredibly pressing

Especially because the perpetrators of these attacks include both independent criminals, such as the Carbanak organisation, who stole more than $1 billion from financial institutions between 2013 and 2018, as well as states and state-sponsored attackers, at least 38 nations have been robbed by North Korea in the last five years alone.

Why is a cybersecurity strategy so slow to arrive?

The gulf between the financial, national security, and diplomatic worlds is unusually wide.

It is still not clear who is responsible for defending the system. Financial institutions confront specific vulnerabilities from cyberattacks, and yet their relationships with national security agencies, which are required to properly combat such threats, remain flimsy. Therefore, governments and businesses are still struggling to manage the threat.

As a global issue, this is a serious matter. Therefore, as opposed to “contingent” preparations, international and multi-stakeholder collaboration are a “necessity.”

A global plan of action

For developing more international and cross-sectoral cooperation and to eliminate fragmentation between private business, national governments, and international financial institutions, there must, first, be a better understanding of roles and responsibilities.

Only a handful of nations have been able to successfully integrate their financial authorities, regulatory agencies, diplomats, other key government players, and industry in a way that is useful domestically. How can international collaboration be possible in such a scenario?

No surprise, international collaboration is still hindered and the international system’s collective resilience, recovery, and reaction capacities are weakened as a result of existing fragmentation. And that’s when international cooperation is essential and urgently needed.

What will reducing fragmentation accomplish?

Reducing fragmentation will free up resources to address the issue.

Financial institutions face a variety of threats, and they’re being protected, but by a slew of independent efforts. Some of these initiatives are duplicative, meaning they incur higher transaction costs for the seeker. Plenty of these efforts are well-established enough to be pooled, better synchronized, and expanded internationally.

Plus, when it comes to other industries, defending the international financial system can serve as an example. Even when politico – economic tensions are high, the financial sector is among the few sectors where countries have a strong mutual benefit in collaboration. As a starting point, focusing on unifying the financial industry can lead to improved protection for other industries in the future.

Once fragmentation is reduced, international cybersecurity efforts have 4 big priorities.

Measures to improve cyber resilience can begin from a basic framework for overseeing cyber risk management at financial institutions. For instance, computer emergency response teams (CERTs), like Israel’s FinCERT, can be established by governments and business to increase security by exchanging information on risks and standardising responses. Sanctions, arrests, and asset seizures are all possible responses to cyberthreats.

Data and algorithmic assaults on the financial industry should also be a priority for financial regulators. Data vaulting should be included to allow members to securely back up customer account data at all times, including at night. These exercises should be conducted often to identify vulnerabilities and build action strategies.

There should be a stronger emphasis on safeguarding financial system integrity and establishing clear guidelines for states on how international law will be applied in cyberspace. With remarks indicating that cyberattacks from outside may be seen as unlawful use of force or interference with domestic affairs, the governments of Australia, The Netherlands, and the United Kingdom have already taken a first step in this direction.

In order to support these efforts, governments can help by establishing organisations that aid in identifying dangers and aligning countermeasures. There should be an emphasis on risks to the financial system in intelligence gathering, as well as the sharing of this information with allies and similar nations. Resilience in the cyberspace and improved international standards can help law enforcement and business work together and respond collectively.

A holistic global action plan relies not just on the above strategies but also on strengthening the cybersecurity workforce, improving the financial sector’s cybersecurity capability, and securing the advances in financial inclusion which have arisen from digitalization.

The moment has come for the international community—governments, central banks, regulators, industry, and other key stakeholders—to band together to confront all such pressing issues and make the security of financial systems as prevalent as their uses.

The Benefits of Artificial Intelligence for your Business
What’s Your Value in 2023?
Transforming the Executive Search Industry & Making an Impact
Bring the Zing – 5 Keys to Powerful Presentations, Briefings, and Meetings
Making a Space that Encourages Women Entrepreneurs
Cloud Computing Trends for 2022
CONTACT US