How are Digital Startups Booming in the Indian Market 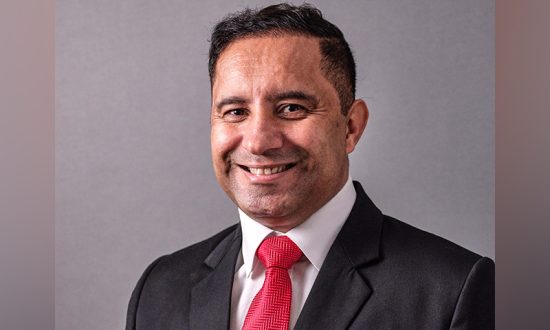 Shailendra Kumar is a Senior Analytics and Artificial Intelligence professional based out of Sydney, with over a quarter-century experience in the field of emerging technologies like Artificial Intelligence, Machine Learning, Advanced Analytics and Data Science. He has built upon an extensive knowledge of Data-Driven Analytics strategies to grow revenues and reduce costs, and impact marketing and customer behaviour management, to drive business outcomes. Besides, he has established and led several data-science businesses. While driving innovation across Europe, United Kingdom and Australia, he helped generate the incremental value of over $5 billion for public and private-sector organisations. This he was able to do by creating multiple Artificial Intelligence solutions across various sectors, including Telcos, Financial Services, Retail, and the Public Sector.

In the last decade or so startups have been the centre of attraction in India’s economic growth with a record number of companies getting recognised by the government, a rise in private equity funding and the overall market response to new-age tech solutions. In fact, our nation is currently home to over 100 unicorn startups valued at $32.7 billion. The growth has been so stupendous that from being nonexistent on the global stage a decade ago the Indian technology startup landscape is currently the 3rd largest in the world after the US and China. Recognising its importance in the Indian economy, the government has significantly boosted technological advancements in recent times. They have launched several programmes and favourable policies to assist startups in the technology sector. During the presentation of Union Budget 2022, Finance Minister Nirmala Sitharaman announced the development of digital universities, digital currencies and 5G among other things. All these initiatives have been aimed toward nurturing innovation and technology-led entrepreneurship. In fact, the growth of the Indian startup sector is being seen as a precursor toward realising a $5 trillion economy.

The momentum in India’s startup space is building tremendously, and the rapid integration of technology is making all this happen. Several opportunities for growth, inclusion and further investments have opened up for stakeholders. The Ministry of Commerce & Industry also echoed similar sentiments in its recent acknowledgement of unicorns in the country wherein they said that 1 out of every 10 unicorns globally had been born in India. It is further estimated that start-ups raised approximately $12 billion in the first quarter of 2022, witnessing an increase of 186% over the same period in 2021. Improved lifestyles and a rise in the adoption of digital technology, especially in rural India have been the prime drivers behind this record-breaking growth.

According to a report by the Internet and Mobile Association of India, the number of internet users in rural India grew to 351 million in 2021 compared to 299 million the previous year. What’s more interesting to note is the fact that the rise in internet penetration and usage was higher in rural areas compared to urban cities, with the urban population accounting for only 341 million internet users in 2021 compared to 323 million in 2020. As a result of this growth in internet penetration and rising digitisation, rural India is slowly becoming the new market for tech-based startups that are looking at untapped regions for further expansion. Tech companies across the edtech and healthtech space, in particular, are reaching new heights with increased rural penetration and simultaneously, people living in remote areas are also getting access to cutting-edge health and education services due to these services. In fact, many startups are nowadays developing digital solutions solely focused on the requirements of the rural economy and underserved communities.

Although each and every sector has witnessed disruptions due to the rise of new and innovative digital solutions, a few industries, in particular, have led the charge as far as market growth and expansion are concerned. The education, healthcare and supply chain sectors have transformed in a major way on account of the pandemic, which brought with it a wave of digitisation and online consumption. Education is no longer restricted to blackboards and traditional classrooms, with all stakeholders – be it teachers, educational institutions and children – readily adopting the digital mode of learning. This shift has been nothing short of a revolution and has resulted in the edtech boom we’re seeing now. The Indian EdTech industry is believed to have raised over $16 in billion in VC funding, which is a staggering 32 times more than what it received in 2010. The growth spurt in this industry has largely been driven by the K-12 Segment, higher education, and upskilling categories. Coupled with the growing popularity of Massive Open Online Courses (MOOCs) and distant education, India’s EdTech industry going forward is poised to become a $30 billion market by 2032.

The supply chain sector, on the other hand, has also come a long way in the last few years with last mile logistics becoming one of the key factors in both the success and failure of startups. Be it e-commerce, social commerce, quick commerce and even food deliveries, quick and efficient management of the supply chain has been of utmost importance for consumer-driven startups. And with the notification of Drone rules in 2021, the industry is set for another major disruption with large players vouching for a share in the drone delivery space. In fact, major players in the food delivery and logistics space have already started testing drone deliveries and are planning to commence commercial operations within a few months.

Apart from education and logistics, the healthcare sector is also witnessing the emergence of digital startups. Digital technologies like blockchain, artificial intelligence, machine learning etc are paving way for innovative solutions to long-standing problems such as digitisation of health records, and increasing medical access to far-off places in India among others.

To sum it all up, both the Indian technology and startup ecosystems are experiencing tremendous growth. Moreover, with further advancements in digital technology and policy changes, Indian digital startups are expected to transform our country into a technological hub over the next decade.

Technologies for Cardiovascular Disease: A 2023 Appraisal
Seeing Strategically
10 Recommendations On How To Negotiate Outsourcing IT Contracts
Shopping in the Age of ChatGPT: How the New AI Rage is Revolutionizing Retail Experiences and Consumer Goods Manufacturing
Customer-centricity and technology-driven innovation drive digital transformation in retail
Studying Abroad can Take a Toll: 5 Ways to Deal With the Stress
CONTACT US