How Ayurveda is Revolutionizing the Health and Wellness Industry 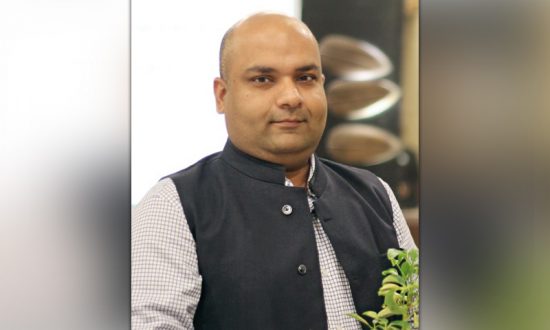 Director and CEO of Nirogam, one of India’s oldest Ayurvedic e-shops, Puneet Aggarwal is a visionary dedicated to bringing health to people’s lives all over the world. He has been at the helm of Nirogam for 20+ years and under his leadership, the organization has not only entered the global market but has also established a strong foothold – delivering Ayurvedic medicines to more than 80 countries all over the world.

Ayurveda is one of the most ancient forms of healing that originated in the Indian subcontinent, and despite the tremendous advancement that has taken place in the field of modern medicine, it continues to be a popular form of treatment. If anything, Ayurveda has only gained popularity in the past few years. The Indian wellness industry—currently estimated at Rs. 49,000 crore (US$ 6.70 billion)—is gaining momentum on the back of government focus on building a healthy and fit India.

The Ayurveda industry in India has all sorts of players in the market and MSMEs and almost 80% of the market comprises MSMEs. One of the many reasons that Ayurveda is making a resurgence is that people are embracing it as a way of life instead of treating it as alternative medicine. Of course, many government schemes have played a vital role in this resurgence – the Ministry of Ayush being one of them.

The Ministry of AYUSH (Ayurveda, Yoga, Unani, Siddha, and Homoeopathy) was set in place by the Indian government in November 2014 to promote the country’s indigenous alternative medicines and it has taken several successful steps in popularizing Ayurveda throughout the country.

While Ayurveda – among other ancient forms of healing – has remained popular throughout the history of India, receiving structured financial support from the government has certainly helped in the growth of this industry and made it a major contributor to the healthcare sector. The government has set aside a budget of Rs 3,400 crore (US$ 464.68 million) for the next 5 years—towards Ayush Wellness Centres under the National Ayush Mission.

These days, more and more people are getting interested in the idea of wellness retreats. People are taking time off from their busy schedules and are traveling to unpolluted areas in the hills to experience the Ayurvedic lifestyle. Many small lodges and resorts have opened up in the hilly areas of Uttarakhand and Himachal that are promoting this ancient art of healing by offering a simple lifestyle, Yoga facilities, and Sattvic food.

Ayurveda research institutions backed by WHO

World Health Organization, one of the most trusted healthcare institutions in the world selected India to set up a traditional medicine center to promote research, training, and awareness of Ayurveda. Ever since the announcement in 2020, Prime Minister Narendra Modi has inaugurated two institutions – The Institute of Teaching and Research in Ayurveda (ITRA), Jamnagar (Gujarat), and the National Institute of Ayurveda (NIA), Jaipur (Rajasthan).

Although most of the Ayurvedic knowledge has been derived from ancient texts that were written thousands of years ago, there is sound logic behind Ayurvedic treatments. To prove this, the All India Institute of Ayurveda signed an MoU with IIT Delhi in January of 2020 to study the therapeutic benefits of herbal formulations. The two institutes will study the following areas while collaborating.

Ayurveda at the Top of Immunity Boosting Shelves

Ayurveda is revolutionizing the healthcare industry – not only in India but also abroad – as people have come to realize the long-term usage of modern medicine is causing side effects, whereas Ayurvedic medicines are free from any side effects.

Slowly but surely, Ayurveda is becoming an inseparable part of our lives. Many hotels and restaurants these days are including Ayurvedic herb-based dishes on their menu. This is a trend that has gained even more momentum since the Covid-19 pandemic hit our shores. People have become warier about their health and they are choosing healthy places to eat outside. It is encouraging news for entrepreneurs who are seeking to build Ayurveda-based businesses in the country.

Even the FMCG industry in the country has started featuring more and more Ayurvedic products, from skincare to hair care to immunity-boosting foods and drinks. The intervention of the pandemic – once again – has further catalyzed this phenomenon.

Rich in herbs and human resources, India has tremendous potential to become a global health and wellness hub by leveraging the power of Ayurveda. Thanks to the growing interest in living a healthy lifestyle and continued government support, Ayurveda is all set to positively affect the lives of millions of people – not only in India but all over the world.

Why Do I Still Rely on Talented Individuals Rather Than ChatGPT?
The Benefits of Artificial Intelligence for your Business
What’s Your Value in 2023?
Transforming the Executive Search Industry & Making an Impact
AI-Powered Predictive Analytics – Making Data More Real and Less Hype
How Data Analytics and AI Help HR to Find the Right set of Candidates
CONTACT US