Home /EXPERTS' OPINION/How Does Someone with Mental Illness View the Modern Workplace Today?

How Does Someone with Mental Illness View the Modern Workplace Today? 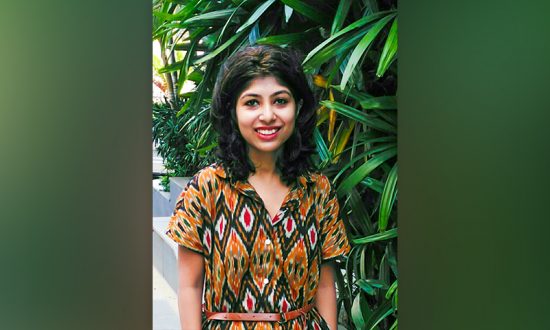 It’s 9 AM. She can barely get up, let alone look at work mails. She has had crying bouts till 3 AM, and a night of restlessness. But her first meeting is at 9.30 AM, and before that there are mails to check, when all she wants to do is curl up in bed and sleep. Getting off the bed, brushing her teeth, wearing something suitable for work zoom calls, combing her hair, all seem like Herculean tasks to her. So, she will pick just one. She will just try to get off the bed. And then start work. Not necessarily because she wants to. But because she has to.

That “she” is me. On many days. I have lived with clinical depression and anxiety for over 23 years now. This dual disease has become a part of my life. And while it doesn’t define me entirely, it’s certainly a part of me, and I would have to be naïve to deny that.

There are 792 million people like me across the world, silently battling one or more mental illnesses every single day of their lives. At work, most of their colleagues don’t know about the demons they are battling. Because, they show up. Deliver. Perform. Meet targets. Meet timelines. And do everything that the rest do. And sometimes a lot more.

These are high functioning people with depression and anxiety. Who don’t let this crippling illness impact their work. And as a result, no one really believes that they are struggling every minute from within. And that makes it harder for them to live with the disease because they are expected to be just like everyone else when their minds are not really like everyone else’s.

Now, let’s look at a situation where an employee with a debilitating mental illness is not able to perform optimally. Most mental illnesses are characterised by symptoms such as difficulty in concentrating, feeling overwhelmed by work, seclusion, loss of interest, anger, irritation, which makes navigating corporate life an extremely challenging task.

Besides some tokenism such as four-day work week that certain companies announced during the second wave of the pandemic in India, only to go back to a five day week after a few months, what sort of support are organisations offering mentally ill people?

The answer is nil.

The bias against the mentally ill

Most mentally ill people are extremely reluctant to disclose their illness at work. And for good reasons. With the general stigma, shame and apathy around mental illness very much a reality even in 2021, many fear that if they reveal their illness at work, it would actually work against them. They would be seen through the lens of “what a mentally ill person is supposed to be like.” And more importantly, their illness will become their identity and the company will look at them as a “liability” more than an “asset.” This is the harsh truth.

One has heard of cases where people with mental illness have been dismissed from work, and perfectly deserving candidates have not been given the job when they have revealed their illness in the interview. So, this bias against mentally ill people at work is very real although it is against the law to discriminate on the basis of gender, race or physical and mental illness.

And this is not being talked about enough.

The anatomy of the problem

I am quite fortunate to be currently working with a wonderfully empathetic CEO, who brings to work a generous dose of EQ. He doesn’t claim to understand entirely what goes on in the mind of a mentally ill person, and yet is understanding and thoughtful in his gestures.

But a lot of large organisations that I have worked with don’t necessarily have a leadership that possesses even a fundamental awareness on how to deal with or manage someone with a mental illness. I have come across quite a few C-suite leaders who neither have the time nor the inclination to delve into how a mentally ill person in his/her team is dealing with work and work pressure, what could be potential trigger points for the person and what can he/she do to support the person. And this is more the rule than the exception, quite frankly.

And so, more often than not, if you are going through depression, and as a result of which, you are a recluse at work, not seen at work parties, for example, or not the sort of person that brings in a lot of “positive energy” (because you are in a battle with your own mind 24/7), you are likely to be labelled by your colleagues and teams as “not a team player,” or “not fun to be around,” etc.

And that is bound to push clinically depressed people further into their shells, making them feel hugely demotivated at work, leaving them with a feeling of being “not good enough” or “a misfit” which are feelings they anyway struggle with.

As a result of this, a person going through anxiety, for example, will end up working harder to prove herself, and end up overcompensating all the time at work. I have seen mentally ill high performers beat themselves up for the slightest of misses at work, because they are constantly struggling with the feeling of being inadequate.

There is more. The Indian corporate set up is not a stranger to poor work-life balance and toxic work cultures. Now, for someone who is already mentally ill and barely scraping through life, imagine the mental pressure office politics or toxicity is likely to create.

Mental health is a spectrum

For those who are diagnosed and are ill, the current India Inc. set up is hardly conducive.

Several countries in the West including the United States are working steadfastly on making policy changes at work to ensure that the work set-up is more conducive for mentally ill people. Some of the initiatives include reworking the performance review model in a way that it suits mentally ill people. It could mean revisiting project goals, timelines, newer ways of measuring what success looks like and so on. And this, I believe, is what is likely to move the needle.

It takes all kinds

I also want to make a point on Diversity and Inclusion at workplace. A lot has been said about this topic. But diversity is not just about having 50% women in the board room, and hiring a female CEO. That is just gender diversity, and certainly important. But real diversity is about all kinds of diversity. Are you, as a company, proactively hiring people from the LGBTIQ community, people with disabilities and people with mental illnesses? To me, that is diversity. And unless we actively create a truly diverse workplace, we are not encouraging plurality of thoughts, ideas and opinions, resulting in unilateral, one- dimensional approach to business and business problems, which is usually the perfect recipe for failure of a brand and a business.

People with mental illness bring to the table a perspective that is unique and often unpopular. They are usually the ones in the boardroom going, “I don’t think that will work.” They say no more than they say yes because they tend to focus a lot more on the “cons” than the “pros.” Often, the “cons” end up being the blind spots that many overlook, resulting in faulty business decisions.

People with mental illness look at the world very differently. And sometimes, that could actually be a superpower. As the great Steve Jobs said, “Here’s to the crazy ones, the misfits…”

How a home buyer's journey is getting fully tech-enabled
Walking the Fine Line: How Logistics-powered Businesses Can Align Environment and Business Goals
What Aspects Should you Consider to Start a Business Today?
The Digital Revolution is Changing the Landscape of the Healthcare Sector
Empowering Mental Wellbeing for Employees
Importance of Mental Health
CONTACT US