How Electric Vehicles Can Drive Economy For Rural India 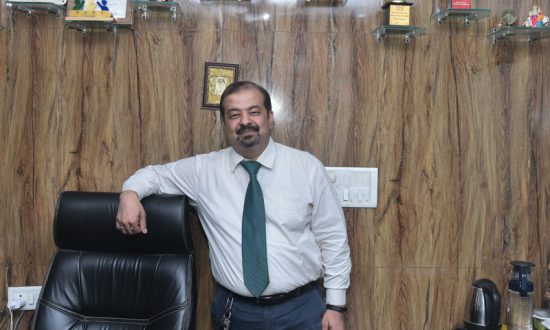 Vikas Gupta is the founder, CEO and CFO of e-Ashwa Automotive Private Limited. He has been instrumental in not only starting this company in an unexplored but high potential growth sector like electric vehicles but also responsible for the strong market leadership position which the company has achieved over the period of last several years. As the CEO and CFO of the company apart from its founder, Vikas oversees operations and finance of the company and works closely with all the other business heads of the company in order to strategise and drive growth. Before setting up e-Ashwa, Vikas was instrumental in setting up organizations and departments and running them successfully. He has also played a key role in framing and implementing various policies and processes at organization level.

According to a popular belief there are two India within India-urban and rural. Good days shall remain to be a far cry until rural India does not actively participate in national economic growth. We as a developing nation have always struggled with colossal challenges such as population, pollution, unemployment and poverty. Rural India that majorly includes villages and C, D and E class of cities and small towns has mostly remained untouched so far from the benefits of industrial revolution. Despite the fact that India is considered to be a huge market for global automobile industry, it has never made its reach to the rural areas across country.

Rural locations are generally not considered to be an ideal choice for being an automobile manufacturing site because of different reasons. Most of the manufacturers refrain from counting on them as these are far flung areas making it extremely challenging to avail services and get resources in place to start the production. For uninitiated, automobile manufacturing demands high-capital investment because of which its penetration at large in rural and small towns and cities areas is again not a possibility. Furthermore, a large infrastructure is a mandate when it comes to production of traditional or fuel-run vehicles which is again not cognitive at rural sites.

Electric vehicles market in India is establishing its feet quite strongly. Experts who are able to look at the larger picture, claim the advent of electric vehicles in rural India to be a revolutionary event foreseeing its unprecedented benefits. No matter these electric vehicles fall into category of two wheelers, three wheelers or four wheelers all of these play a pivotal role in strengthening rural economy.

In account of Make-in India program and prime minister’s rojgar sewa yojna, rural India has got a fair opportunity to transit its economy to robust. While electric vehicles manufacturing does not require a large infrastructure to function according to demand and supply chain it also enjoys freedom from high-capital investment hence making it a perfect choice for small-scale industries. Additionally, decrease in dependence on fuel-run vehicles would combat the challenge of immensely increasing pollution levels across country.

Limiting dependence on fossil-fuel driven passenger transport in coming decades can largely contribute in the wake of India’s clean energy movement that targets 175 GW of renewable energy by 2022. Out of 175 GW, 100 GW is aimed to be coming from solar sources solely. It is Indian government’s take to synchronize solar energy with electric vehicles for attainment of multiple benefits.

Future of Indian automobile industry is believed to be in expanded use of electric vehicles. Various rural parts of India have already platforms in place to generate electricity from solar energy. All what it will take to get started is the infrastructure to disburse the energy throughout. Diverse states would take different laws to ensure deployment of electric vehicles at large. EVs come with an added advantage of supplying extra energy to the grid. If this happens it would be nothing short of transforming rural infrastructure to the core.

EV professionals believe that bringing in large number of EVs on road would prove to be an important milestone in augmentation of rural economy. Endless employment opportunities would be created together with the establishment of EV industry. Manufacturing and operations of this industry does not depend on high-technical qualification or any fancy degrees. All it requires is dedicated workers who are semi-skilled holding polytechnic diplomas and ITI etc with average supervisory aptitude for running a manufacturing unit successfully in their locality. Those who can afford buying electric vehicles can make money by running electric three wheelers like e-rickshaws in their local areas. For many others, it can be a source of income as they rent and drive e-autos and rickshaws.

Conventionally, rural consumers rely upon diesel generators in order to meet their energy needs such as operating machines for irrigation. With solar energy at avail of rural consumers, they can become self-sustainable by using solar pumps for irrigation as well as charging their EVs. Generating green energy would help the whole society by cutting down on harmful emissions coming out of vehicles.

Journey to make this transition would not be seamless as electric mobility in a country of 1.3 billion people is an arduous task for any government. It calls for vigorous policy for electric vehicles, strong and shared vision and co-operation from common people will allow leaders to make this country a better place to live in.

Technologies for Cardiovascular Disease: A 2023 Appraisal
Seeing Strategically
10 Recommendations On How To Negotiate Outsourcing IT Contracts
Shopping in the Age of ChatGPT: How the New AI Rage is Revolutionizing Retail Experiences and Consumer Goods Manufacturing
5 Key Tech Trends Emerging in the Indian Travel Industry Post-COVID19
What 2022 will look like for the co-working industry
CONTACT US