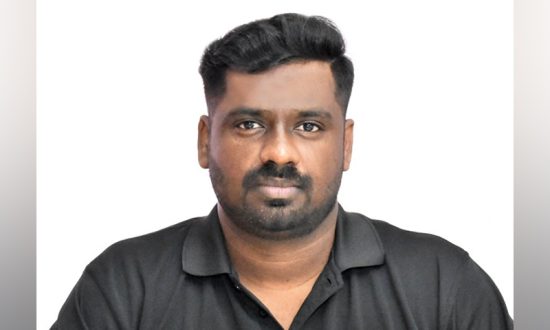 Mohan. K, The Co-Founder & CEO of IppoPay is a serial entrepreneur with 14 years of business experience in software technologies. He founded “RoamSoft ” a software development company following which he stepped into the welcoming world of FinTech having Co-founded “Foloosi Technologies” based in the UAE. IppoPay is a Chennai-based FinTech Venture established in November 2020 offering payment infrastructure and neo banking services for offline/online merchants. They currently serve 1 Lac+ Offline merchants and record 9000Cr INR of Online transactions.

The business objective of growth-stage Fintechs in India is to tap the untapped market which is the lower-tier cities and rural markets.

Evolution Of Fintech, A little to the History.

Technology has gradually made it’s entry into our lifestyle and has become a transforming factor! What a “Radical Shift” it is to the large Institute of Business and Finances around the world! Yes, it’s an undeniable fact that we have all been tech-fed over the years. Let’s take a quick glance at the memory lane of fintech’s birth and the first set of urban users of Digital Banking.

Until the 1980’s, the primary banking services like fund transfer, cash/cheque deposits, withdrawals, loan disbursals and insurance businesses were all done from the draggy queues on a token system, but gradually came in ATM’s and Credit Card services. In 1980, the Central Bank of India launched the first credit card in India and the first Indian ATM to withdraw cash was launched in 1987 at Mumbai by HSBC. Internet Banking came in with a bang in the early 1990’s with the dawn of banking services via the New World Wide Web. In India, ICICI Bank was the first to step into the internet banking space with limited banking services. In a rush major Banks in India soon modernised itself to the semi-digital world of Internet Banking.

In the year 1998, PayPal marked the biggest and a giant FinTech leap in history with internet boom and technology in the financial world. They are the pioneers of fintech who led the transformation to online payment systems with a whopping E-commerce coverage for businesses globally. The fintech industry came to the limelight with web-based shopping, portable banking, and digitization of banks. The birth of android smartphones in 2008 was the evolution of app based fintech. The release of Bitcoin in 2009, Google Wallet in 2011, Apple pay in 2014 shaped the face of the fintech industry in India.

Fintech’s today is focused on catering to the financial needs of the millions of under/unbanked sectors in Bharat and helping them speed to digital banking. Most small businesses in India’s Tier 4 to Tier 6 cities do not fully participate in the formal financial system. “Digital India” launched by the Indian Government in 2015 is a flagship initiative and a fuelled vision to transform India into a digitally empowered society. Following this, the digital payments market is forecasted to grow at a compound annual growth rate of 13.7 percent between 2021 and 2026 – a demand driven by greater convenience, favourable government policies, evolving consumer behaviour as well as the COVID-19 disruption.

Fintechs provide top-notch Digital Banking Services with Full-Stack Neobanking. A full stack banking would mean a complete payment ecosystem on a digital platform and almost all business banking services are offered on mobile applications. This reduces the frequency of visits to a physical bank and in turn speeds business processes. Neo banking is a boon to many rural merchants as loans, store insurance and accidental covers are all features of today’s NeoBanking. They not only facilitate Collection and Disbursal of payments. Banking Handle, Buy Now-Pay Later, Inbuilt e-POS, Digital Ledger, Inventory, Smart Customer Database. Merchants are provided with NeoBank Accounts and a Debit card. All payment transactions made by customers are settled to their Neobank accounts. These tech-powered services are a boon to rural merchants, the apps are also presented in major Regional Languages That way there is no language-barrier and the support and grievance care fintech’s address is also quick and gives them a sense of security.

Firstly there is a lot of fear in the rural regions when it comes to digital payments. To provide literacy and spread awareness about the advantages of digital payments to people in towns and villages is a task in itself. The journey to find steady feet in the business takes a lot of time and determination. There are people from both sides of the coin. But the focus is to provide what is lacking in the fintech space, provide proper post-buy operations and support and this is how Fintech can long exist and grow in the rural belt of merchants.

The Target – Banking The Unbanked

Digital Banks are skyrocketing across the globe and more so Neobanking is now a trend-setter. With increasing smartphone penetration, the fintech sector is going to see an uproar of rural consumers using digital payments for businesses. Fintech’s are pacing up to reach many rural offline businesses. Bharat merchants account for 30% of India’s GDP involving 460 million people, so catering to the needs of these merchants and bringing to them the power of digital banking is significant as it has a direct impact on the Indian economy. We have to put an end to every tedious and time taking task of a rural Bharat merchant handling his/her payment and make them run faster with modern financial technology that is 10X times profitable and easy to use. Fintech’s will work towards servicing and transforming Rural Businesses The Right Way.

Technologies for Cardiovascular Disease: A 2023 Appraisal
Seeing Strategically
10 Recommendations On How To Negotiate Outsourcing IT Contracts
Shopping in the Age of ChatGPT: How the New AI Rage is Revolutionizing Retail Experiences and Consumer Goods Manufacturing
Role of a Brand Consultant in Escalating Businesses
How can Digital Documents Assist Pharma MSMEs in streamlining their Operations and Expanding their Business?
CONTACT US