How Offbeat Careers are a Game-changer to the Professional Sphere 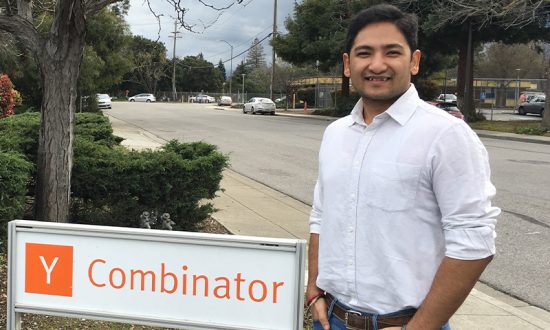 Sidharth is a passionate entrepreneur and highly motivated professional with experience in Strategy, IT Consulting, Product Management, and Business Development. Before founding Exly, Sidharth started MyScoot in 2017, a platform for home-hosted social experiences, which witnessed a meteoric rise in 2 years and transitioned to the current venture Exly (in 2020), a platform empowering creators to turn into entrepreneurs. One-stop solution for independent professionals, creators, artists, and influencers to launch, manage, and grow their business online. Backed by Y-Combinator and India’s top VC funds like Lightspeed Ventures and renowned angel investors including Kunal Shah (Founder Cred, Ex-founder Freecharge) & Maninder Gulati (CSO at Oyo).

Ours is the first generation in the history of the world that is probably most vocal of its accomplishments and its day-to-day anecdotes. With the power of broadcast in our hands, at the press of a button, everyone, literally every single device holding humans, is creating content today. While the technology is homogenous, the content is not. There is an audience for all kinds of content, in as many languages and for anyone who wants to extend themselves beyond their limited social culture. In this economy, you have creators like bloggers, live streamers, photographers, podcasters, filmmakers, etc. everyone has something to say and everyone has an audience!

There has been a marked unbundling from traditional working systems and people have slowly moved closer to creating professions out of their hobbies. Before the pandemic, the world was spinning on an adrenaline rush, with every human literally pushing towards an ultimate career. But ‘the Great Pause’ brought all of that to a halt. Internalization has overtaken the ambitions of millions and people are now grooming themselves more on ‘growth mindset’ & ‘finding inner peace’ and mantras like ‘do what makes you happy’ than join the peak hour traffic.

Even before Covid landed on the throes of humanity, content creation was very prevalent. YouTube, Instagram, and Tiktok, amongst many, had influencers creating content based on their hobbies, interests, passions and then soon found following from some super fans or loyal fans. And that is how the ball went rolling! Couple people’s talent with high spec technology and you have a winner, right from your home. Phones have become the major cursors of our lives, with sharper cameras, larger spaces, powerful processors, and multiple social media networks. With content creation at the click of a button, there definitely has been a huge economic boost to the world and to people’s self-esteem. Celebrities are trying to become more common and fit in a ‘we are just like you’ mould whereas the next-door neighbour goes all out to look and behave like a celebrity and goes into ‘influencer mode’ at a switch on of a so-called social media network. Algorithms are the new currencies of success and with more content available than has ever been before, in the history of humankind, there is a huge race somewhere out there to acquire these content creators. The monetization of content creators has helped and promoted the creation of online careers for many and which has been useful in a post-pandemic era where jobs were as uncertain as the English weather.

The Creator Economy has different ways of payments. That comes in the form of affiliate marketing, revenue-share-based models, subscription-based “donation like” models, and fund-based models. The internet and social media network has probably created the most entrepreneurial generation ever. The majority of Gen Z has decided that side hustle or content-based gig will be a full-time occupation in the next 6 months! While the creator economy may seem like a fairly new phenomenon, there are more than 50 million people in the world who claim to be a part of that phenomenon.

The Rise of the Influencer

With the success of the creator content economy, there has been a rise of ‘the influencer’. Move over celebrities, who is it that is changing the course of your fashion, music, cuisine, and travel… Brands all over the world are searching for these influencers or social media stars to reach out to target demographics, influence contracts, maintain constant communication with their customers, etc. It is much more impactful working with influencers because they give a better and closer connection with the target audience, which is more advantageous for brands and marketers. Advertising and marketing agencies are now working towards identifying influencers. Consumer engagements have increased and more and more people are turning towards them to supplement their incomes.

A brighter future ahead?!

There is no economic balance, so to speak. On one hand, you have creators like Tiktok star Charli D’Amelio who is a millionaire and has earned an estimated $4 million in a span of 12 months, and then you have a vast majority of creators who are barely making it. This may not be the answer to a sustainable economy, but it is definitely here to stay. While the creator economy has a lot of maturing to do, the trends are veering towards enabling content creators to monetize their content and create real businesses based on their talent and passions.

Today, there are children’s storytellers, travel bloggers, professional gamers, food tasters, podcasters amongst many others. With 1000 loyal followers and more, these people are redefining trends, emblazoning the paths to a better lifestyle, which while you may cast aside as fluff, are actual career options and serious monetization options. The future is bright for these influencers and the creator economy at large. What remains to be seen is how we can democratize the earning capacity in these fields.

Technologies for Cardiovascular Disease: A 2023 Appraisal
Seeing Strategically
10 Recommendations On How To Negotiate Outsourcing IT Contracts
Shopping in the Age of ChatGPT: How the New AI Rage is Revolutionizing Retail Experiences and Consumer Goods Manufacturing
Everyday Blockchain: What Your Morning Coffee and Smart Contracts Have in Common
The Top 4 priorities for CIOs for 2022
CONTACT US