How Social Taboo Related to Breast Cancer Makes It a Costly Affair? 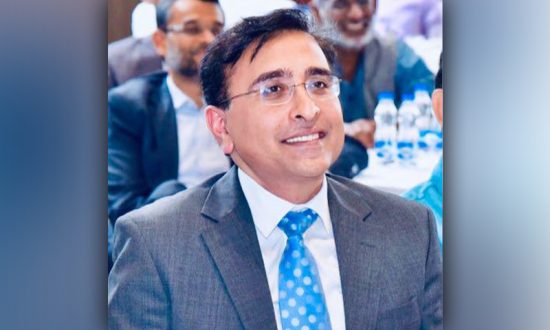 Dr Shuchin Bajaj is a serial entrepreneur and investor. He holds an M.D. in Internal Medicine from Rajasthan University and is the Founder Director of the Ujala Cygnus Group of Hospitals. Dr Shuchin Bajaj also heads the Business Development, Branding, Marketing, Fund-Raising & overall management responsibilities within the organisation. Before his stint in Ujala Cygnus Group of Hospitals, he was the founder and CEO of Altius Healthcare (2008-2011) and the Founder Director of Cygnus Medicare (2011-2019). He is the recipient of the British Government’s 2015 Chevening Gurukul Fellowship for Leadership and Excellence award at King’s College London and was also selected for freeship to the ‘Innovating Health for Tomorrow” Fellowship at INSEAD, France in 2017.

Breast cancer is today the most common cancer prevalent among women across the world, including in India. In fact, Breast cancer accounts for a third of all the cancers that affect women in the country. In recent years breast cancer has taken precedence over cervical cancer in terms of incidences as well as mortality. Once considered a problem affecting developed countries, breast cancer has now become a major health burden in developing countries. The reason behind this trend is the rapid transition to urban lifestyles. Cancer experts in India have expressed their concern that they are seeing an early onset of breast cancer in India as compared to the West. And, on the top of that, the prevalence of social taboos, poor breast cancer screening practices and lack of awareness towards the disease is causing the late diagnosis.  Various reports suggest that in India one woman is diagnosed with cancer every four minutes.

Most women in India live with many health-related problems, and when they become severe they don’t have any systemic approaches to tackle them. Early diagnosis is the key in breast cancer. As 70% of women are diagnosed in the advanced (stage 3 or 4), this led to a high mortality rate too. This also gives rise to the treatment cost as it has been estimated that the cost increases from 1.5 to 2 times higher in advanced stages than early-stage cancers.

The reason for delayed diagnosis in most cases is that the disease is asymptomatic in the early stages, with most patients presenting with just a painless lump. Women belonging to tier 2 and tier 3 cities don’t seek care when they feel a lump in their breast. They are either unaware of what the lump means, or ashamed to talk about their health issues with their partners. In these cities, discussing about your breast is a taboo and they feel if they experience something unusual in their breast, it’s just the end of the life. They have no clue about the latest therapies that are available to treat the condition.

Globally, the most widely implemented tools for a breast cancer exam include mammography, clinical breast exam, and self-exam. Mammography and clinical breast exams can help reduce the mortality toll by down-staging of the disease in asymptomatic women. Self-exam is the most feasible and reasonable approach for diagnosing and preventing the late-stage disease presentation. Self-exam can be used to spread awareness about breast health among women.

We need to break the shackles of social taboo when it comes to women’s sexual and reproductive health and make them understand that if they are susceptible to the disease, then its consequence will be severe.

Trained health workers can help disseminate knowledge about the condition and encourage women to carry out a self-exam. Unlike the Western world, where patients comply with awareness programs conducted by physicians, Indians show a higher acceptance of health workers as educators. Accredited Social Health Activists (ASHA) must be trained to provide self-exam training for women living in rural and remote areas at their doorstep. Since most of the ASHAs are female and from the same community, it is easier for them to strike up a rapport with the women, and this approach can help strengthen their psychological status by means of community outreach programs.

Once we successfully mobilize awareness, we can use opportunistic screening to generate the need for organized screening at the primary and tertiary level and train more women to perform self-exams. As the women in small cities get trained with the healthcare workers about the breast cancer, we can set off a positive chain reaction that can bring down instances of mortality without any extra burden on our healthcare system. By doing so the rising incidences won’t be stopped but it will surely hold the potential to destigmatise breast cancer to a large extent.

How a home buyer's journey is getting fully tech-enabled
Walking the Fine Line: How Logistics-powered Businesses Can Align Environment and Business Goals
What Aspects Should you Consider to Start a Business Today?
The Digital Revolution is Changing the Landscape of the Healthcare Sector
Benefits of Automation in Digital Transformation
How to Harness Artificial Intelligence to Drive Surge in Lending Growth
CONTACT US